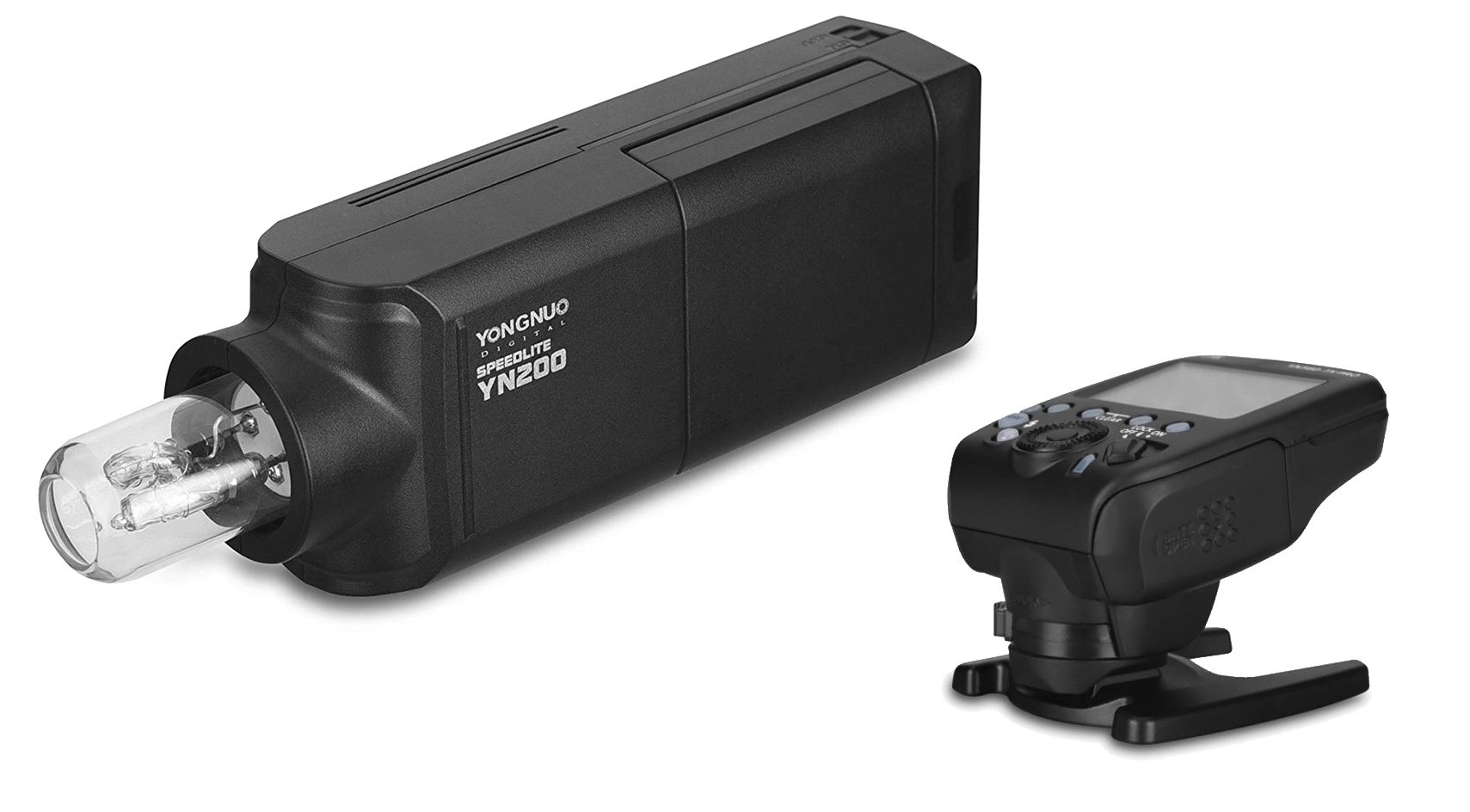 After teasing releasing teasers for the YN200 pocket flash and YN560-TX radio transmitter last month, Yongnuo officially revealed the Godox AD200 clone and the TTL and HSS compatible transmitter this week, hoping to reclaim a bit of the budget gear market that Godox has all but taken over.

The Godox AD200 (AKA the Flashpoint eVOLV 200) made quite the splash when it was first announced back in 2017. More powerful than a speedlight but just as compact, the AD200 packed 200W/s of power into a pocket-sized monolight.

The Yongnuo YN200 does the exact same thing… for about $80 less. 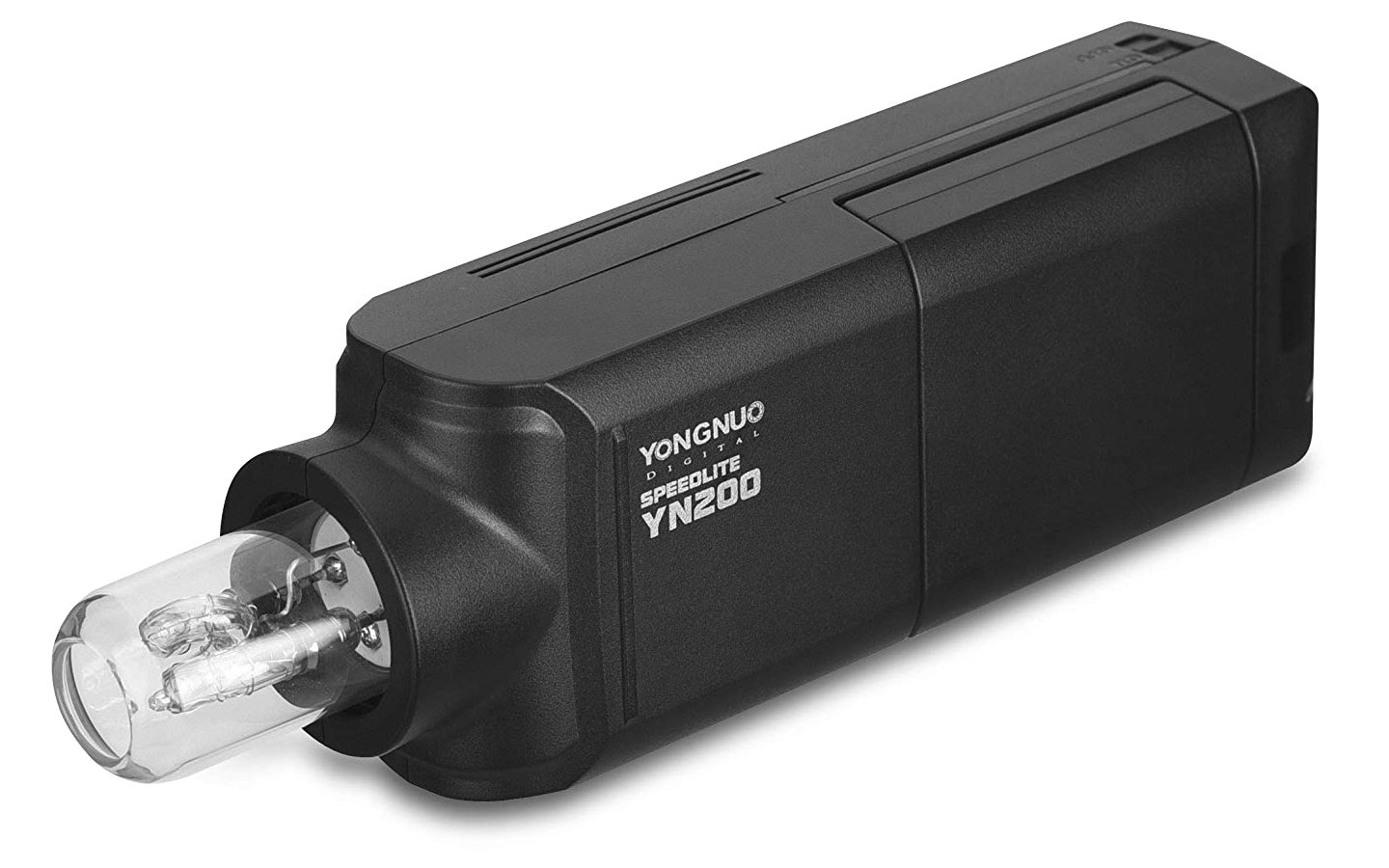 The Yongnuo YN200 was officially announced this week, and as expected, it boasts a 200W/s of power from a bare-bulb design, a removable Li-Ion battery for power, and support for TTL and HSS. It also features the 560 PRO radio system, so it will automatically sense whether you’re shooting on Canon, Nikon or Sony and is backwards compatible with any Yongnuo 2.4GHz flash gear.

Other now-confirmed specs include a 2-second recycle time when shooting at full power, approximately 500 full-power flashes per charge, support for 6 groups and 16 channels, a built-in Micro USB port for firmware updates, and the ability to adjust the flash from 1/1 to 1/64 power in 1/3 increments using the built-in LCD on the back of the flash: 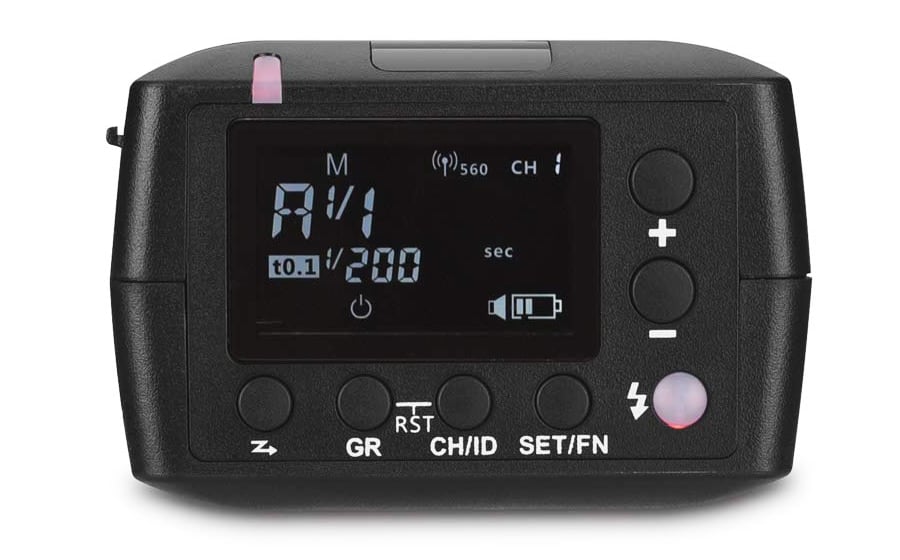 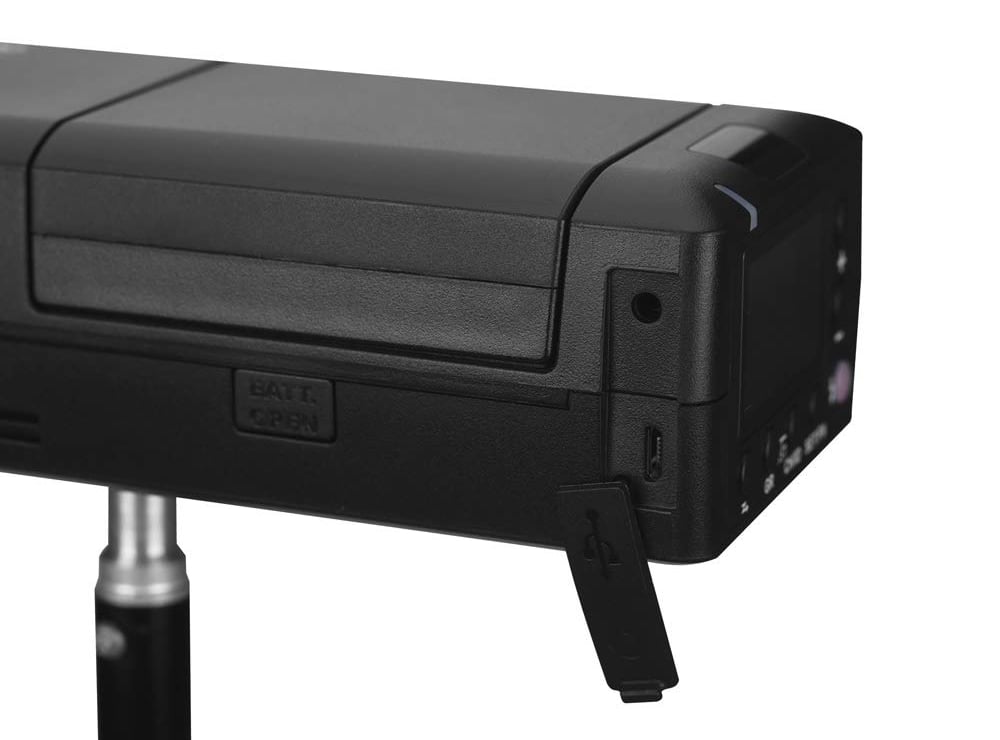 Finally, the YN200 will also offer attachments in case you’re not keep on using the bare bulb. The compact bayonet modifier mount will let you attach diffusers and other heads, although, as FlashHavoc points out, “there is no clamping thumbscrew to lock reflectors and modifiers in place,” nor any support for an LED modeling light.

This isn’t entirely surprising though—Yongnuo were going to have to cut corners somewhere to drop the price. Speaking of which, the Yongnuo YN200 will be available this month, and should cost about $250 based on early online listings. 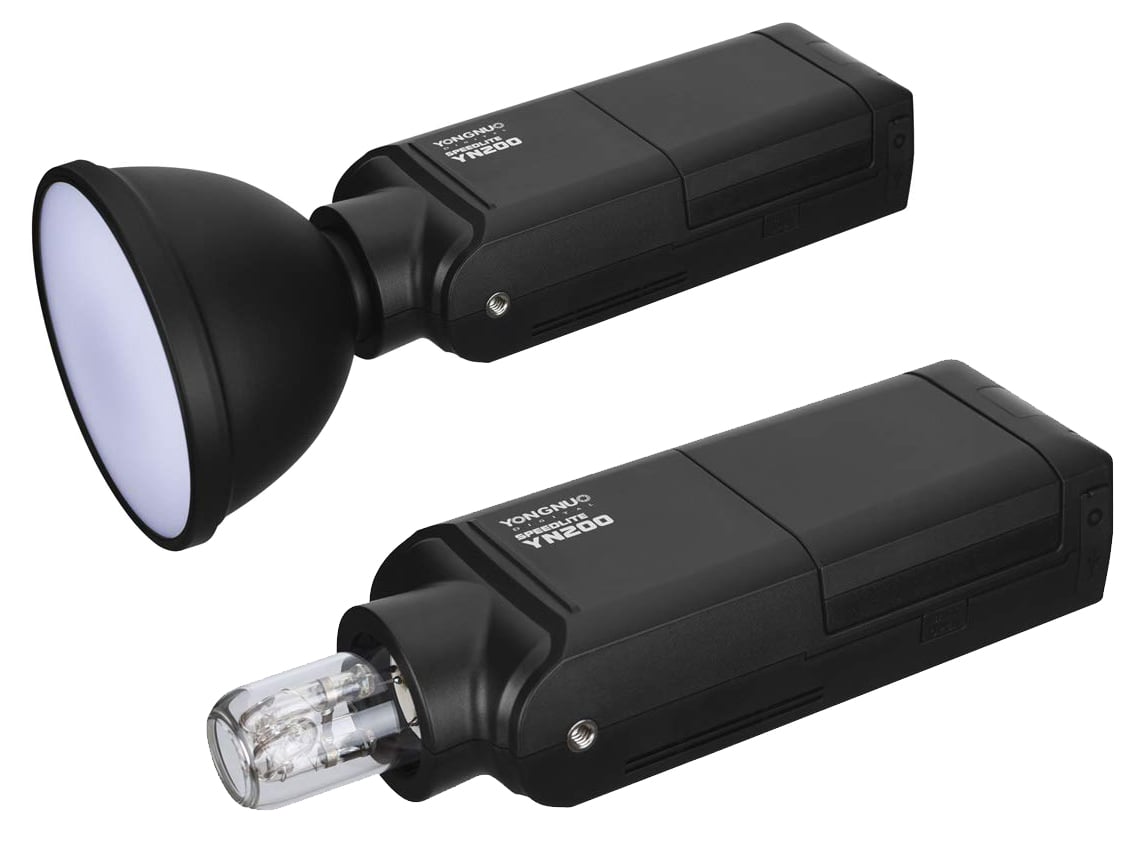 In addition to the YN200, Yongnuo also announced the anticipated YN560-TX PRO radio transmitter with full support for HSS and TTL, and the next-gen 560 PRO Radio System found in Yongnuo’s newer flashes (like the YN200).

As expected, the YN560-TX features the exact same enclosure/body as the YN-E3-RT Transmitter, an AF Assist Light, a quick lever locking foot, and support for up to 5 groups and 16 channels. You also get backlit buttons and a built-in Micro USB port for firmware updates, and the transmitter is powered by two AA batteries.

There is no sync port or shutter release port.

The Canon version of the YN560-TX PRO will be available this month, and is has already been spotted online for around $65. Nikon and Sony versions are expected later.

Given the popularity of Godox’s AD200 and the impressive photo shoots that several photographers have managed to achieve using the tiny monolight (or a bunch of them strapped together), we expect the Yongnuo YN200 will sell quite well. The only question is: given the more limited support and ultra-budget branding, would you rather spend the extra $80 and buy the Godox/Flashpoint version? Let us know in the comments.

JPEGmini Brings Its File Size Shrinking Tech to Capture One