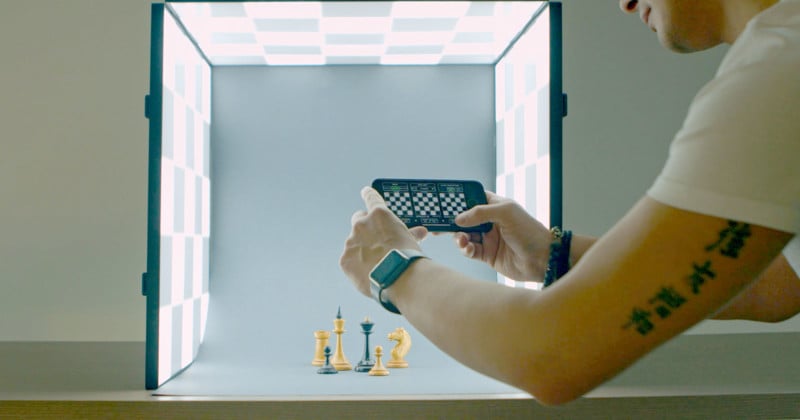 Photon is a new modular mini studio for product photographers that features a powerful system of flexible LED lighting.

The system features special 20×20-inch (51x51cm) modules that can form the other three sides of the box. These modules feature 25 active light blocks that measure 4×4 inches (10x10cm) each, and each block has 36 LED elements. With three modules surrounding your product, you’ll have 2,700 total LED lights illuminating the scene. 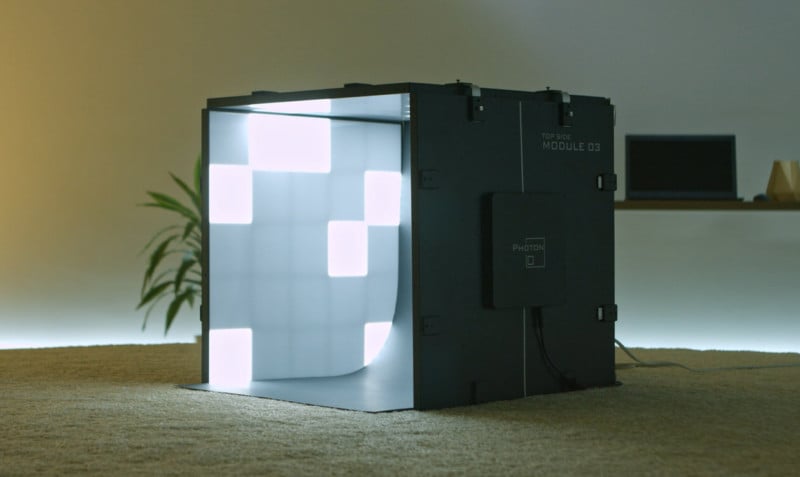 What’s neat about the system is that each panel/module features its own Wi-Fi transmitter, allowing you to fully and precisely control the lighting setup using a smartphone, tablet, or computer.

Light scenes can be changed with a single tap or click as you choose from various presets. The individual light blocks on each module can also be turned on and off to provide the exact light quality you’re looking for.

“The active cell structure of modules provides the ability to design complicated and untrivial lightmaps, so you can highlight the object from the new angle,” Photon says. “Playing with light has never been more creative and engaging.” 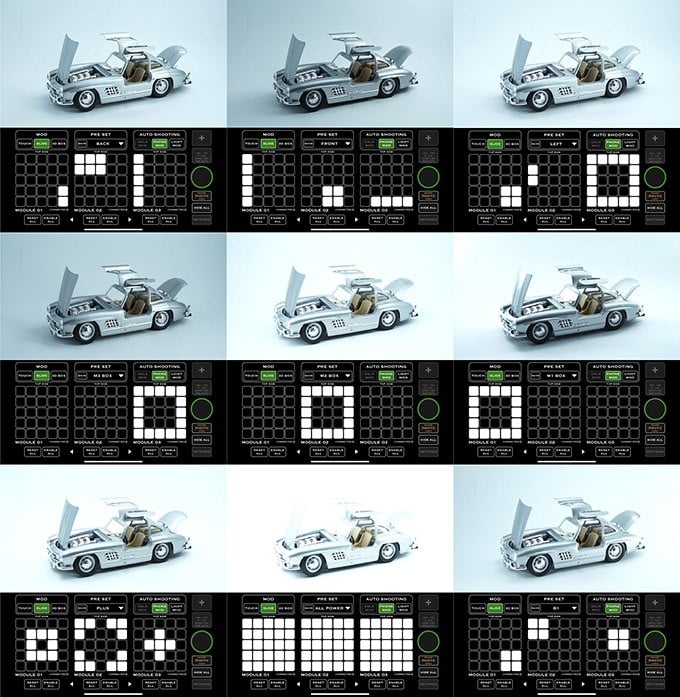 Since the lighting is from constant LEDs, you’ll be able to see and just the look on your products in real-time as you’re photographing them.

The system is modular, so you don’t need to arrange them in the shape of a small box. You can use a single module, a wall of them, or whatever arrangement you’d like.

“Object shooting equipment is often bulky, outdated and too expensive,” say Photon founder and CEO Iaroslav Neliubov. “Standard photo boxes are mostly made for an isolated object on the background, and it was still difficult to cope with the light. That’s how we got the concept of controlled light system.”

Here are some example photos captured with the help of the Photon system:

Photon just launched on Kickstarter today and has already exceeded its initial goal of $25,000. If the company succeeds in bringing the product to market, a $219 contribution to the crowdfunding campaign will get you one of the first units when they ship (tentatively in June 2020).

Photographers Are to Blame: A Case of Native Cultural Appropriation