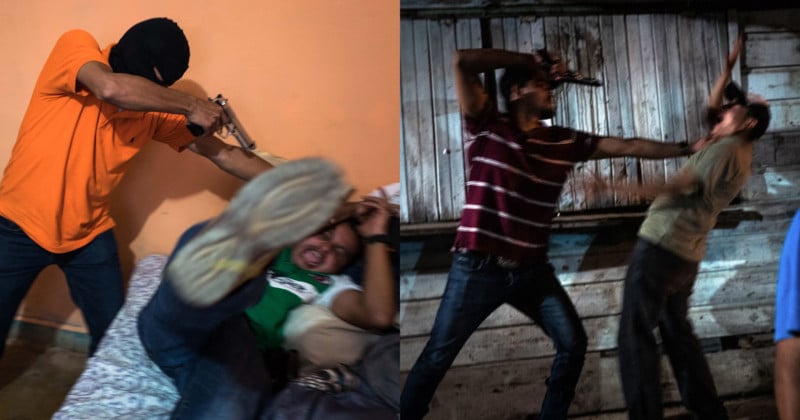 A photojournalist has apologized after being accused of faking an award-winning series of photos that purportedly show hitmen in Honduras carrying out violent acts.

Fstoppers published a report that accuses Swiss/Italian photographer Michele Crameri of staging shots and publishing the photos with fake captions. The report is based on evidence and statements provided by both fellow photographers and the Honduran fixer who helped connect Crameri to gang members during four trips the photographer made to the Honduran city of San Pedro Sula between 2015 and 2018.

Crameri’s photos were published as a series titled Sicario, A Job Like Any Other, and the work has won at least 15 awards, according to Crameri’s website.

But according to Honduran journalist Orlin Castro, who served as Crameri’s fixer, the photographer was joking with the hit men and asking them to demonstrate their execution techniques when the photos were shot. Crameri then published the images with deceptive captions stating they showed actual violence.

For example, here’s one of the “execution” photos found in the series: 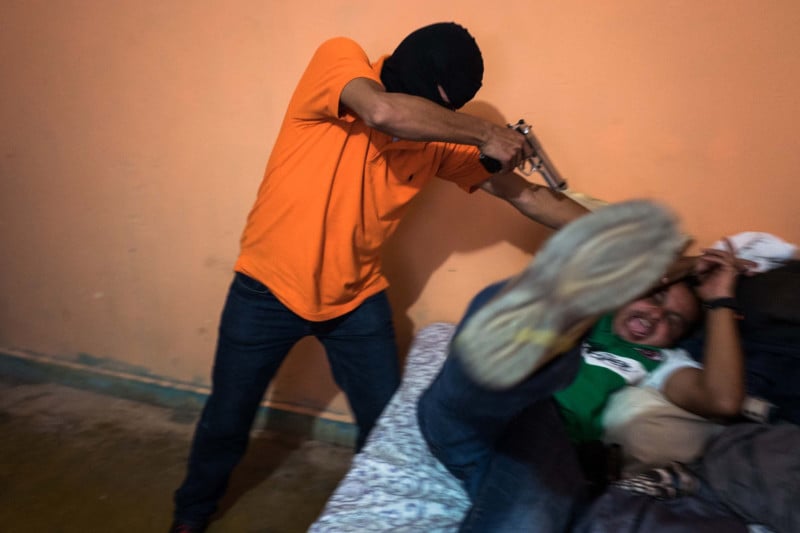 And here’s the caption that Crameri attached to the image:

Col Central. Pedro, taxi driver by day, sicario by night. The gang boss is threatening Eduardo in order to get information about his brother Carlos, a rival to Pedro who, for more than a month, has not paid the fee (extortion) for being able to do his job in the area where the two work. After being threatened, Eduardo will call Carlos.

Another photo in the series shows a hitman in a similar pose with another “victim”: 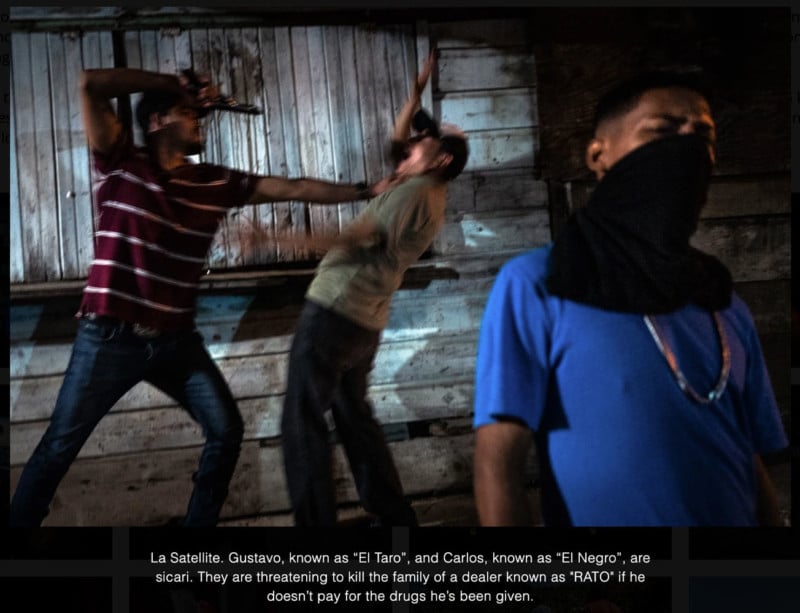 Honduran photographer Tomas Ayuso and Italian photographer Francesca Volpi tell Fstoppers that both of these photos were staged shots showing the hitmen “fooling around for the camera,” and that the “victim” in the bedroom photo is actually Crameri’s fixer, Castro.

And in another photo that appears to show a gangster pointing two guns at a victim through his windshield, the car is actually the one Crameri was traveling around Honduras in — markings on the car in the photo match other photos of the car Crameri was using. 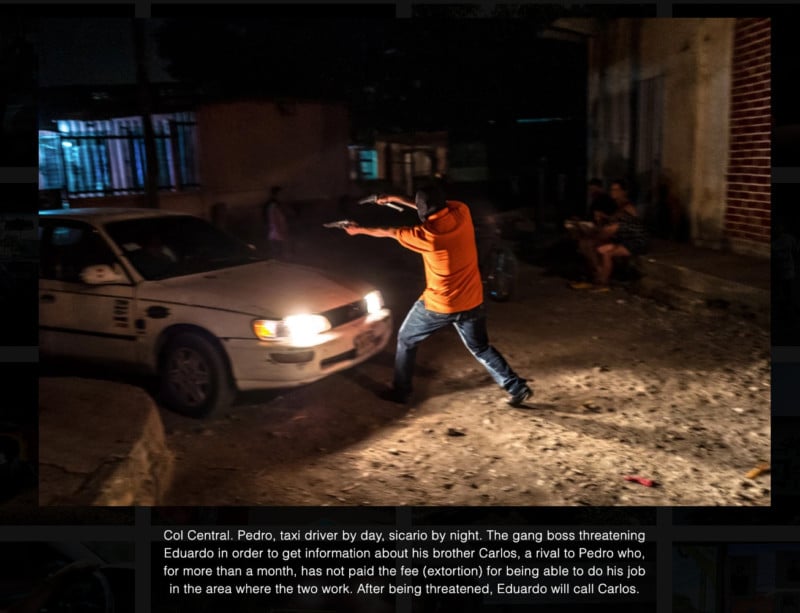 “While working for Crameri, Castro was told that the staged images of the sicarios pretending to threaten people would only be used for Crameri’s personal archive,” Fstoppers writes. “The fixer says that he specifically told Crameri not to publish the photograph of him being jokingly threatened with the gun.”

But it seems that Crameri ignored Castro’s wishes and went a step further by publishing the photos with deceptive captions.

Parallelo Zero, the agency that represents the photographer, tells PetaPixel that it has decided to drop Crameri after looking into the matter. Here’s the agency’s statement:

Parallelozero has, after further internal inquiries, decided to terminate its working relationship with the photographer Michele Crameri and to cancel the contract for the feature that goes by the name of “Sicario”. Crameri was asked about the authenticity of the two images in question and was unable to provide convincing evidence to counter the accusation that they were in fact staged and that the accompanying captions were therefore not completely true. The photographer had, since the start of his relationship with Parallelozero in 2017, repeatedly assured us that all the photos were authentic and he had signed a contract in which he took complete responsibility for the authenticity of both the photos and the captions. Parallelozero has acted in good faith and believes that it is an aggrieved party in this matter. It would, however, like to apologize to anyone who has in any way suffered as a result of the publication of these images.

Crameri hasn’t yet responded to our requests for comment regarding these accusations, but the photo project has been quietly removed from his personal website in the days since this controversy erupted.

Update on 6/26/19: Crameri has admitted to the accusations and apologized for his actions in a message posted to his website:

I am sorry for what happened and I really like to take full responsibility for it absolving Parallelozero of all blame. The photographic agency frequently asked me in good faith to guarantee the authenticity and ethical nature of all the situations that were photographed. And I always assured them that the incriminating photos were not the result of “posed” situations that had been set up. But I must, however, now admit that, in light of what has recently emerged, this wasn’t true. So I’d like to say sorry to everyone involved.

Image credits: Photographs by Michele Crameri and via Parallelo Zero/Fstoppers

How I Made a Digital Polaroid SX-70