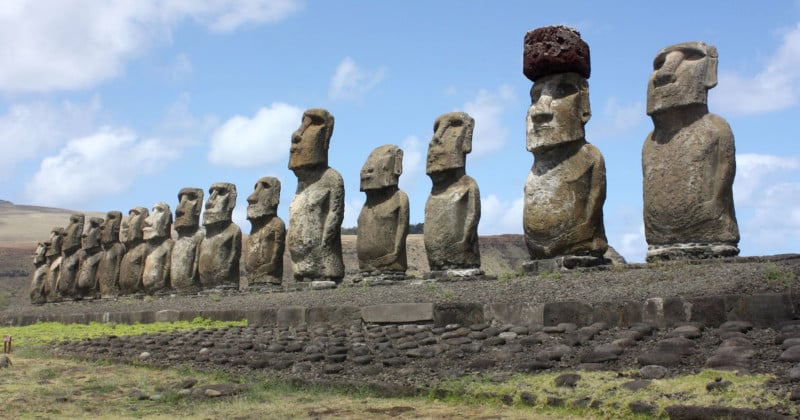 Easter Island is a World Heritage Site that’s famous for its nearly 1,000 moai statues, and throngs of tourists flock to the island each year to visit the giant-headed monuments. But those statues are now being threatened by tourists whose goal is to shoot selfies of themselves picking the heads’ noses.

UCLA archaeologist Jo Anne Van Tilburg, who has been doing research on the island for nearly four decades, has found that an explosion of photo-seeking tourists is having a very negative impact on the island’s land and community.

While only a few thousand people visited the island annually in the early 1980s, that number has exploded to over 150,000 tourists per year.

Van Tilburg says she’s disheartened by how frequently travelers disrespect nature, ignore rules, climb on the statues, trample preserved spaces, and sit on graves “all in service of getting a photo of themselves picking the nose of an ancient artifact.”

“I am troubled by the lack of genuine tourist interest in the island and its people,” she tells Newsweek. “There is a lack appreciation for the Rapa Nui past. It seems that many wish only to insert themselves into history by taking a selfie with the timeless statues.

“We all need to step up, whether scientist or tourist, and do our fair share to preserve the past. Tourists can study and learn before they travel to the island. They can show proper respect for others. They can remove their egos—and their selfie sticks—from the landscape and learn to appreciate the past.”

Image credits: Photo by Arian Zwegers and licensed under CC BY 2.0

The Camera Store Staff Attacked with Bear Spray in Robbery