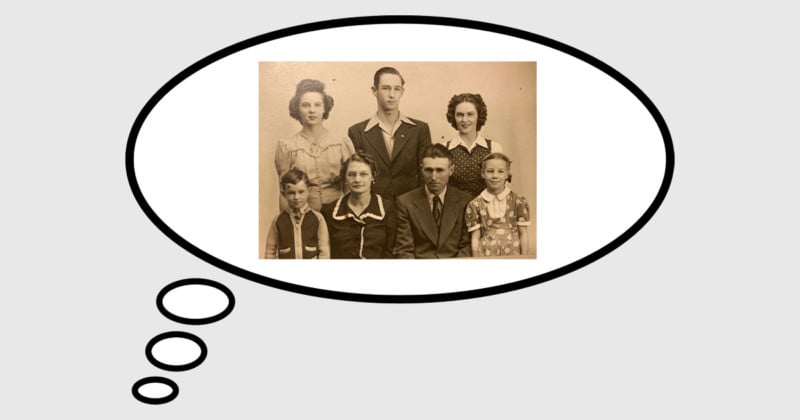 I am starting a rescue effort. It has nothing to do with dogs, cats, or dolphins caught in tuna nets. I’m not trying to salvage old buildings nor save the environment. I still use plastic straws, people. I admit it. What I am rescuing is old photos.

I rescue them from garage sales and thrift stores. Old photos that nobody wants. It hurts my heart, that nobody wants them; that these precious portraits held no value at all and so they were given to be sold.

It hurts because these photos are of people and each of these people had a story. A life that mattered. Their lives didn’t cease in importance because they weren’t important to the family member who threw them in a box marked $1.00 each.

And having rescued them, I give them a story. I use their faces as inspiration. I offer a glimpse into a possible life behind the still. I draw back the curtain just a bit and imagine what their life might have been like.

To be honest, I wrestled with this. After all, I don’t know these people. I wondered if I was dishonoring their memory by assigning to their lives a short story from my imagination. But the more I dug into dusty boxes of unwanted photos, I realized that the real dishonor is found in abandoned photos that end up in dusty boxes.

I honor them by giving them a voice.

So I hope you enjoy this story. But more than that, I hope you take a good long look at the portrait. Look at their faces. Look into their eyes.

Remember that your family’s history lives on paper. At the age of 9, Beatrice was wiser than most adults she knew. Or, at least, that was Beatrice’s opinion. And a girl as smart as she was should certainly be allowed to pick out her own dress to wear for the portrait. Margaret and Trudy got to choose their dresses: Trudy, the navy with white polka dots and Margaret, the soft pink with a million buttons up the front. Steven chose his dark brown suit. To be fair, it was Steven’s only suit and this was probably the last time he would wear it for a while. Steven would be leaving soon. The Army was going to make him a soldier. “A Private,” her Father had said, which Beatrice found hard to believe since Steven couldn’t keep anything private, like the truth about Mother’s rose bush that met its death under the wheel of Beatrice’s bike. Steven saw it all. She begged him to keep it a secret; he didn’t. Maybe the Army would change that. Maybe he would return so private that he wouldn’t say anything to anyone ever again.

Her parents didn’t talk a lot about Steven leaving, and when Beatrice brought it up, her mother’s eyes filled with tears and her father just looked at his shoes, as though the words he wanted to say were written in their scuffs and worn leather. Beatrice couldn’t understand why adults didn’t talk about people leaving. It seemed like the time to talk about it was before they left.

Father was able to pick out his own clothes for the portrait, of course, but Father was funny about clothes. Some early mornings, Beatrice would see Father walk in the front door wearing the same clothes he wore the night before. She reasoned he slept in them to save Mother the extra washing, but Beatrice wished he wouldn’t. Father’s eyes were always so red when he came home in the early morning wearing his night-before clothes and Mother would scold him. Beatrice thought it would just be easier if Father put on his pajamas at night like everyone else. Mother sometimes became so angry about it all that she would go in her room and only come out again after Father went in. Beatrice would press her ear hard against the door, but unlike Steven, Mother and Father kept it private. Beatrice was wise enough to know that sleeping in pajamas was really important to Mother. She hoped Father would one day understand that.

As far as Beatrice could tell, little Jimmy was the only one who needed Mother’s help with his cardigan and tie, but Jimmy was only 5. He was practically a baby, unlike Beatrice, who could read almost anything, including Margaret’s dime store novels, sounding out even the big words she didn’t know, like “heaving bosom.” She knew her multiplication tables and long division and that Tokyo was the capital of Japan. Certainly a girl as wise as Beatrice could be trusted to pick out her own clothes, which is why that hot afternoon in April, Beatrice appeared in the living room wearing her wool Christmas dress. It was red, her favorite color, and had tiny snowflakes embroidered on the collar.

Margaret was standing by the window, buttoning her million stupid buttons. She looked up and snorted.

“Bea, why are you wearing your Christmas dress? It’s almost Easter. You look ridiculous.”

Beatrice glared at her. “You got to pick your clothes. This is what I want to wear.”

“Well, nobody really cares what you want to wear. Mother is going to make you change. I mean, really, Bea.” Margaret shook her head, laughed, and resumed her buttoning.

Margaret always thought she was right about everything. Everything. Trudy was much nicer to Beatrice, but then, Trudy was not home as much as Margaret. Beatrice thought that if Margaret had as many friends as Trudy, maybe she’d be nice, too. Maybe she wouldn’t cry in her room as much or mope around the house. She wasn’t always a sourpuss, though. Now and then, Margaret would allow Beatrice to dress up in Margaret’s red patent leather pumps with the white bow in the back. Beatrice liked the clip-clop noise they made as she walked. Margaret was really nice those days.

“Beatrice!” her mother called from down the hall. “In your room now, young lady, and put on the correct dress.”

Beatrice turned to head for the bedroom. She felt Margaret’s smirk follow her. She rounded the corner and there, on the bed, was the dress her mother chose. Of all the dresses in all the world, Beatrice was convinced that this dress was the ugliest. There had never been nor would ever be an uglier dress. Beatrice didn’t like the color, she didn’t like the scratchy fabric and the oval pattern reminded her of hardboiled eggs cut in half. In fact, she called it The Egg Dress. She disliked it almost as much as she disliked Margaret.

As she wiggled and hopped around the room, trying to free herself from the dress, Beatrice wondered if this is how she dies. She learned in school that humans need oxygen to breathe and it was hard to breathe with her face pressed up against the fabric. She knew that when she died, she would go to heaven, she wasn’t really afraid of that, but Beatrice became panicked when she realized she’d end up in heaven wearing an awful Egg Dress.

“For crying out loud, Bea.” Margaret’s voice drifted through the fabric. “Let me help you.”

Margaret walked in from the hall, grabbed the dress with both hands and gave it a firm yank downward. Beatrice’s head popped out of the dress like a turtle from its shell. Relief washed over her. She wasn’t going to die but more importantly, she wasn’t going to be spending eternity in an Egg Dress. She was so thankful, she didn’t even care that it was Margaret who had saved her. That is until Margaret opened her mouth.

“You fat head. You didn’t unbutton the dress enough. What a crack up you are.”

Margaret put her hands on her hips and rolled her eyes. Normally, Beatrice would get angry at being called a fat head, but Beatrice’s attention was elsewhere. In her haste to help Beatrice, Margaret had missed the last 4 stupid buttons of her dress. Through the gap, Beatrice could even see Margaret’s slip. The unbuttoned fabric reminded Beatrice of a set of puckered lips, saying, “YOU FORGOT THESE STUPID BUTTONS.”

Beatrice knew she should tell Margaret.

“Honestly, Bea,” Margaret continued, ‘it’s like you came from the Stupid Farm.” Margaret looked at Beatrice with pity and shook her head.

And that is why 9-year-old Beatrice, who was smarter than most adults, and wearing an Egg Dress, kept her mouth shut.

About the author: Missy Mwac is a photography satirist, a lover of bacon, a drinker of vodka, a lover of sparkle, and a guide through the murky waters of professional photography. The opinions expressed in this article are solely those of the author. You can connect with her on her website, Tumblr, and Facebook. This article was also published here.

The Noctilock is a Leica-Inspired Lock for Your Camera Bag