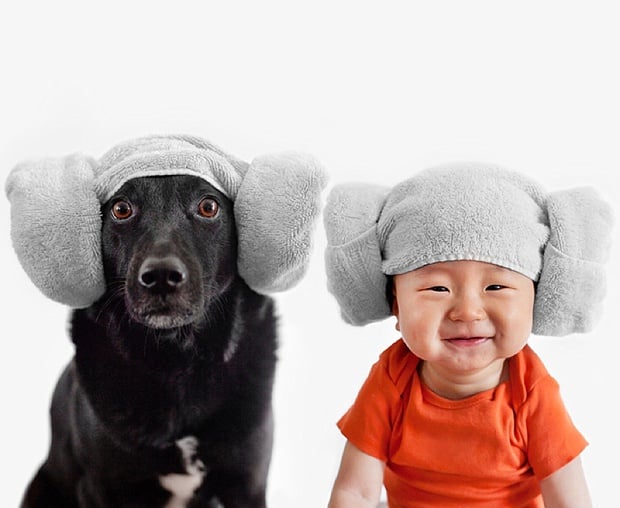 Two of the most aww-worthy creatures on this planet are infants and puppies. So, naturally, when you combine the two, you get one of the most adorable photo series in the known universe.

Captured by lifestyle photographer Grace Chon, this little duo of smiles is made up of her ten-month-old baby, Jasper, and her 7-year-old rescue dog, Zoey. The series, she tells My Modern Met, was a natural extension of her habit of dressing up her puppy:

I’ve always dressed up my dogs in silly costumes, so naturally when I had a baby I started collecting some hats for photos. One day, I put one on Zoey and I had the epiphany that baby hats look ridiculously adorable on dogs too! My sister had the brilliant idea of sitting them side by side in a photo. The response was immediate and I just kept going with it. 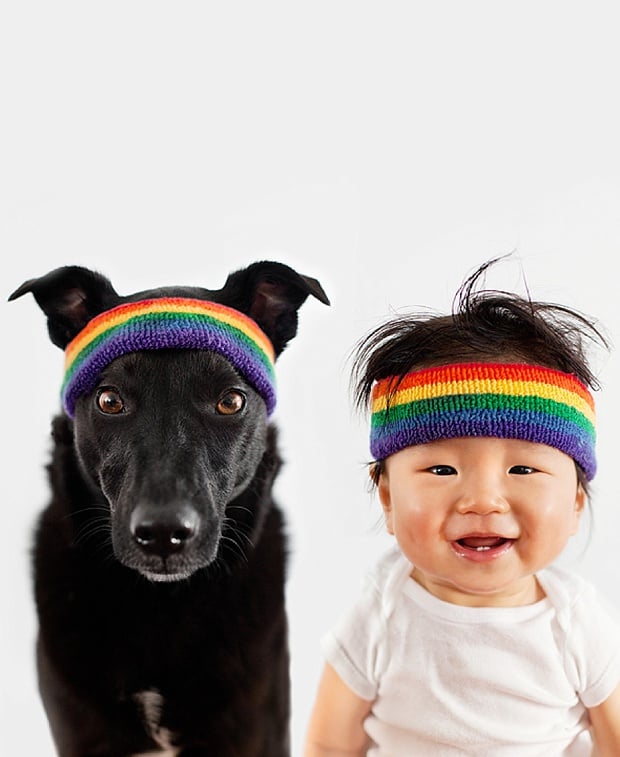 Chon explains that Zoey is the most shy in front of the camera, due in large part to a rough start as a mistreated rescue dog in Taiwan. The story, of course, has a happy ending because Chon ended up adopting her and, as is only right, Zoey has repaid her with copious amounts of love and a viral photo series.

She can be very afraid of new things, so I was surprised how much she took to wearing clothing. I know it sounds crazy, but I think it builds her confidence when she wears clothes. She does a happy dance when the props come out and she loves posing for the camera! Typically, when I work with dogs, I have to use a lot of treats to keep them motivated, but Zoey doesn’t need any of that. She’ll sit still very patiently and pose until we’re done. 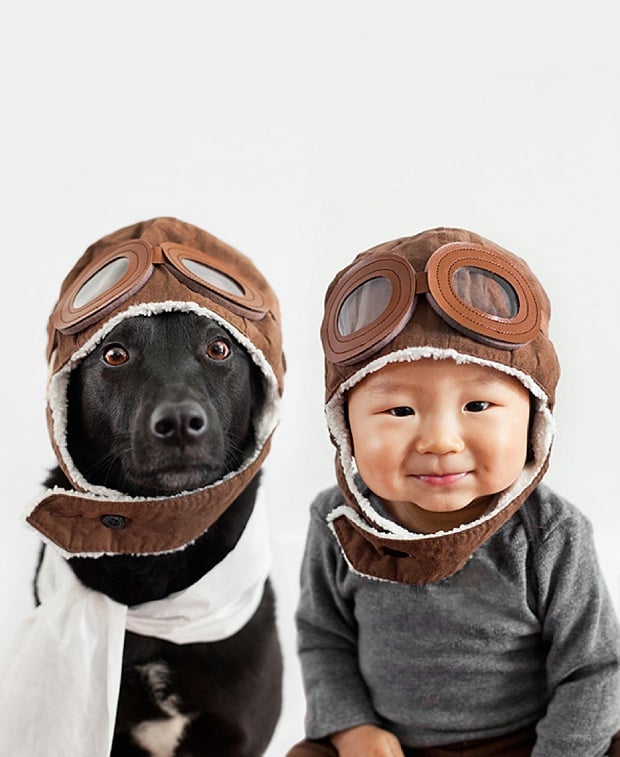 As for her 10-month-old bundle of joy, Chon says Jasper is just a naturally happy baby who can’t stop smiling, whether or not a camera is present. “He’s been smiling for photos since the day he was born,” Chon explained to My Modern Met. “He’s used to smiling when the camera comes out and loves photo time. The entire shoot takes less than 5-10 minutes (I shoot really, really fast!) so once we’re done it’s off to crawling and exploring again.”

There’s not much text necessary to sum up the collection really. Cute images of a puppy and an infant really do speak for themselves. Below are a few more of the images in the collection: 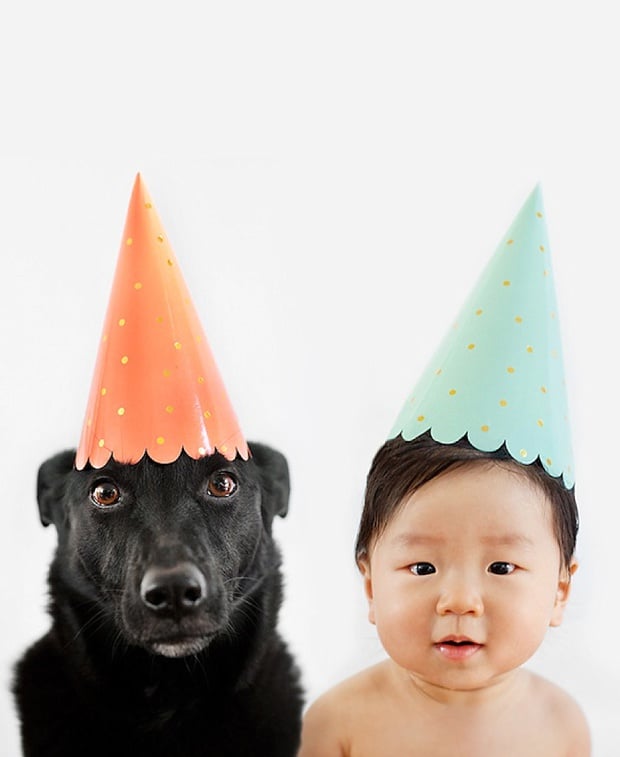 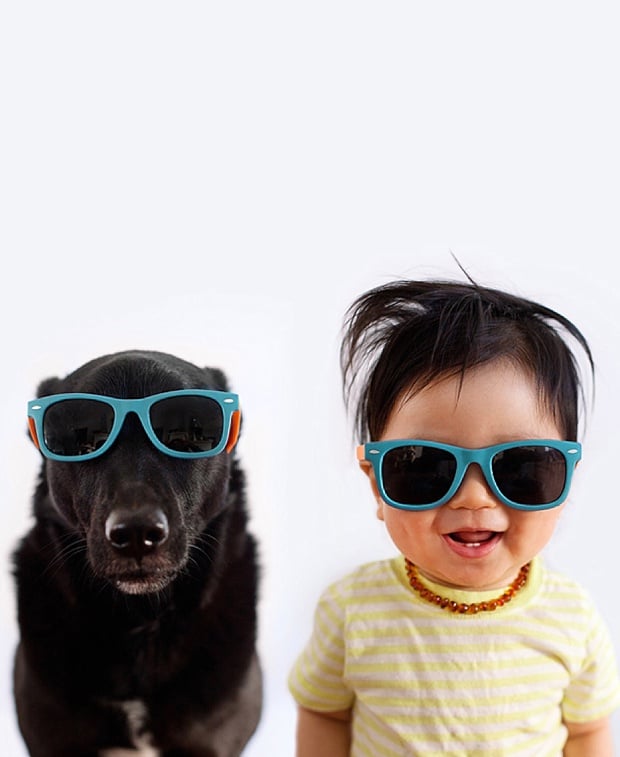 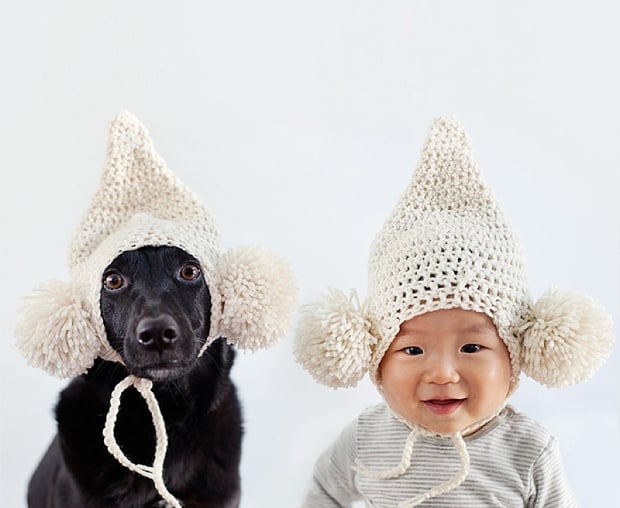 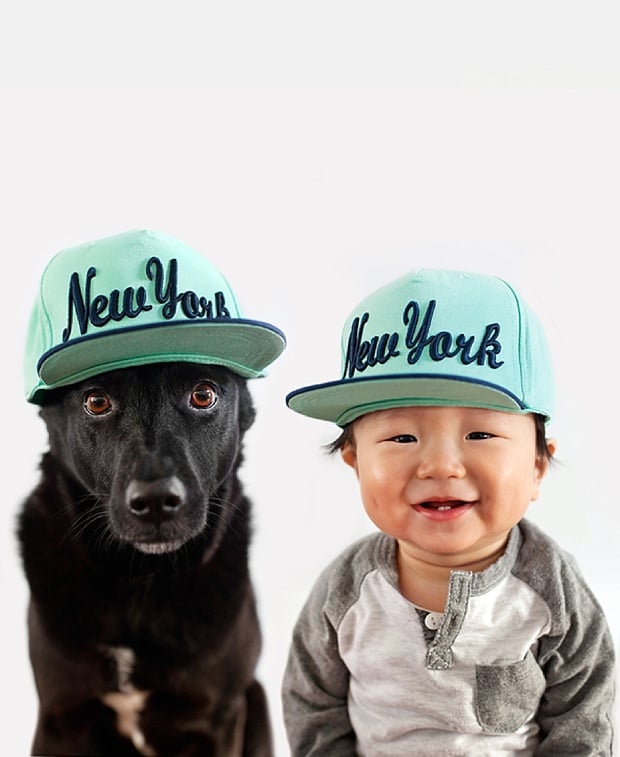 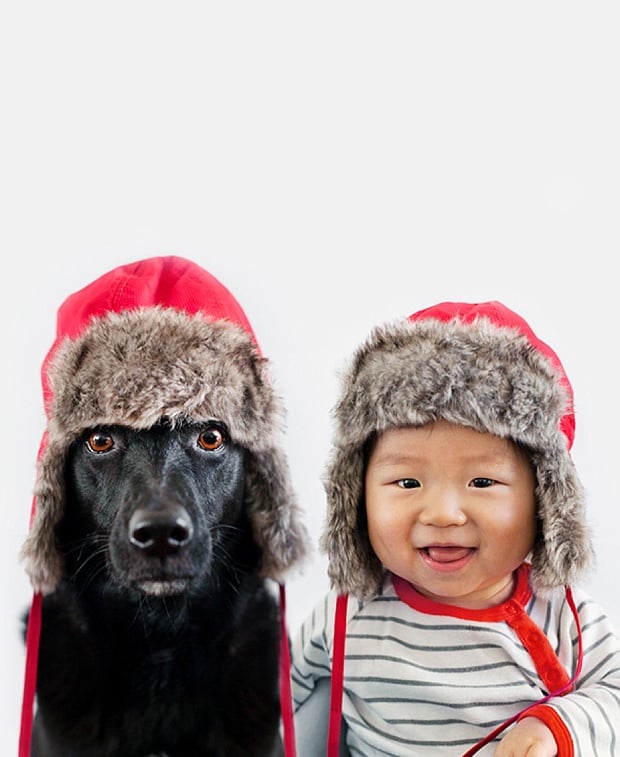 You can check out more of Chon’s work on her portfolio website. And if you’d like to keep up with the dress-up adventures of Jasper and Zoey, don’t forget to give her Tumblr and Instagram a follow as well.

Image credits: Photographs by Grace Chon and used with permission