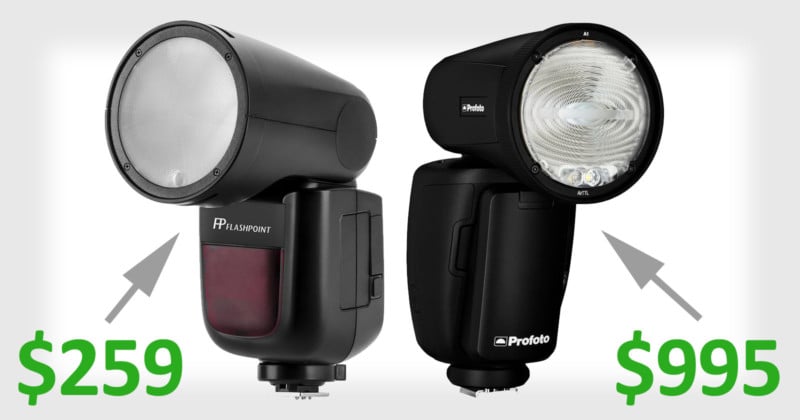 The upcoming Godox V1 has drummed up quite a bit of excitement by promising to be a more affordable alternative to the innovative Profoto A1 round-head flash. It has now come to light that the V1 will be priced at just $259, or about 1/4 the cost ($995) of the A1.

The price was listed by Adorama, which just started taking pre-orders for the V1 (marketed as the Flashpoint Zoom Li-on X R2 TTL on-camera round flash speedlight). 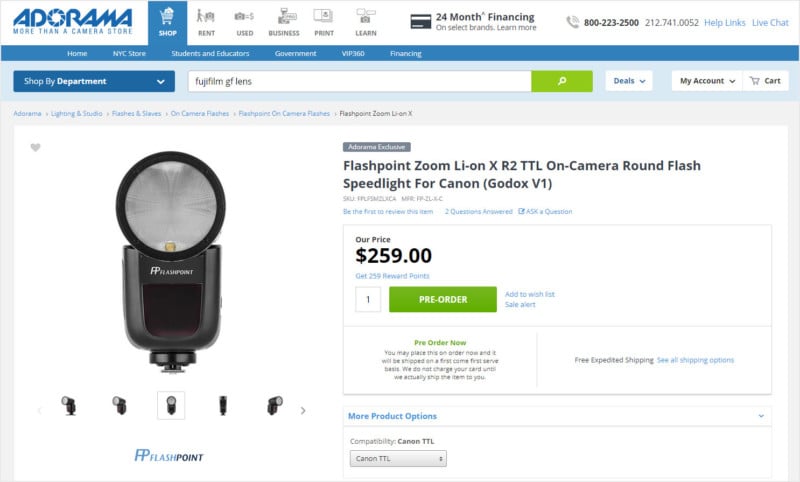 The Godox V1 and the Profoto A1 share many things in common, including the round head, the ability to mount magnetic accessories, lithium-ion batteries (though the Godox can do 650 full power flashes while the Profoto can only do 350), the ability to command other flashes, high-speed sync, and more. 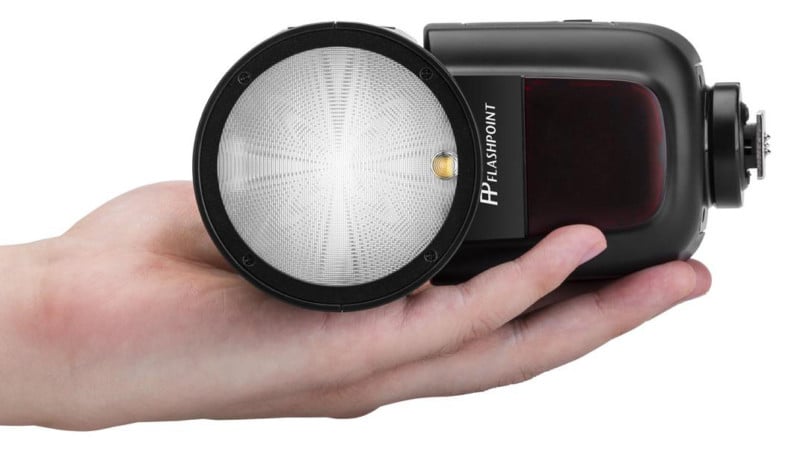 In fact, the similarities are so similar that Profoto is accusing Godox of patent infringement and is threatening to sue to prevent the V1 from ever hitting store shelves. What’s more, Profoto is also threatening distributors and retailers with legal action if they participate in bringing the V1 to market.

We’re hearing that there are indeed dire warnings being made to retailers behind-the-scenes, so it’s interesting that Adorama is moving forward and taking pre-orders. We’re reaching out to Adorama for comment and will share an update if/when we learn more.

If Godox does successfully launch the V1, the ridiculously low price point will make the V1 an extremely attractive alternative to photographers who have been considering buying an A1. It’s not often that you can purchase four seemingly equivalent flashes for the price of one.

How to Create the Perfect Automotive Rolling Shot

Beach Club: No, You Can’t Pay Us With Instagram ‘Influence’