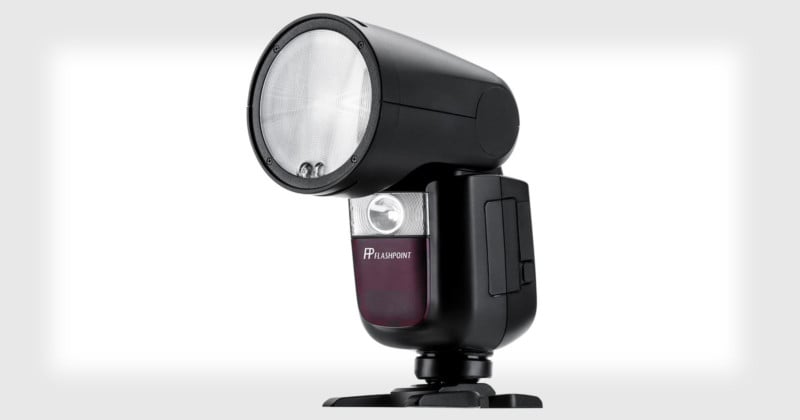 Profoto made a splash in 2017 by unveiling the A1, its first on-camera flash and the world’s smallest studio light. Now a challenger has appeared: the Godox V1 is a new round-head flash that will provide a cheaper alternative.

The flash, which was first teased at Photokina in September 2018, now has a name and a full confirmed list of features and specs.

Called the Godox V1 (and also the Flashpoint Zoom Li-on X R2), the flash can function as both a “wireless command center” for other Godox speedlights and monolights or as a standalone on-camera TTL flash.

As a slave, the V1 features regular and intelligent optical modes. As a master, the V1 can control 4 different wireless groups.

The front of the round Fresnel flash head features a magnetic rim that supports a range of round light modifiers in the Godox AK-R1 kit, including a dome diffuser, a diffuser plate, a four-wing reflector, a bounce card, a honey comb, color filters, and a snoot. 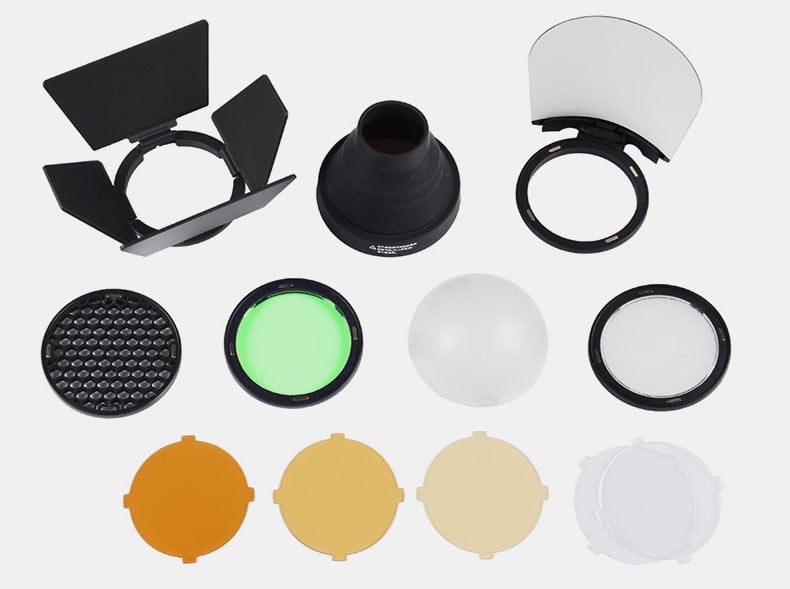 The Godox V1 uses an advanced lithium-ion polymer battery that provides both a longer life and a snappy recycle time. It can shoot 650 full power flashes per charge and has a full power recycle time of less than 1.5 seconds.

On the back of the V1 is a backlit matrix LCD above multipurpose buttons with digital markings.

Other features and specs include front or rear curtain sync, a laser autofocus assist lamp (for AF even in complete darkness), an SMD LED modeling lamp, and a weight of 18.8oz (534g).

Here’s a 9-minute video in which photographer Robert Hall goes hands on with the Godox V1 and discusses its features:

Pricing has yet to be announced, but the Godox V1 should be significantly cheaper than the $995 Profoto A1. A specific launch date hasn’t been announced either, but the V1 will likely be available sometime in the next few months.