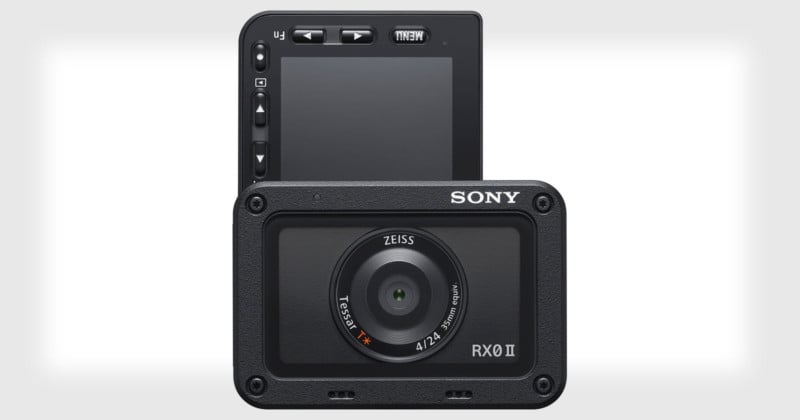 Sony has unveiled the Cyber-shot RX0 II, a followup to the RX0 action camera announced back in August 2017. 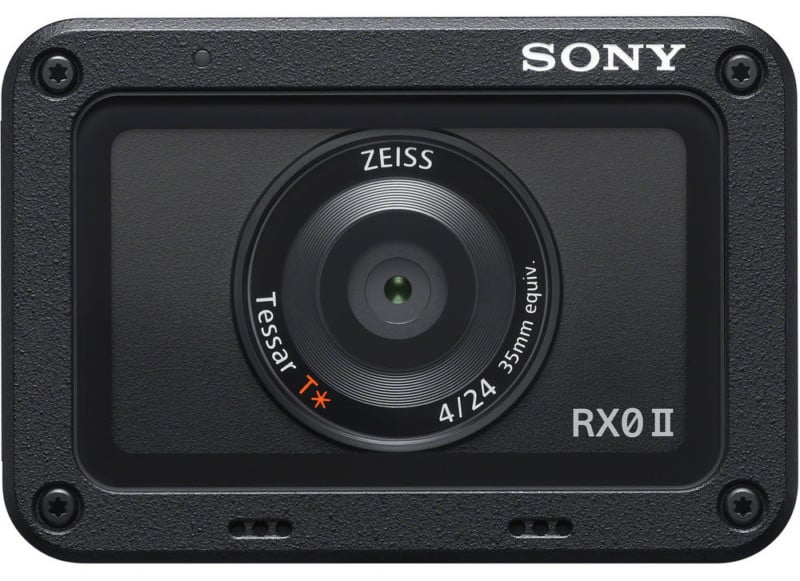 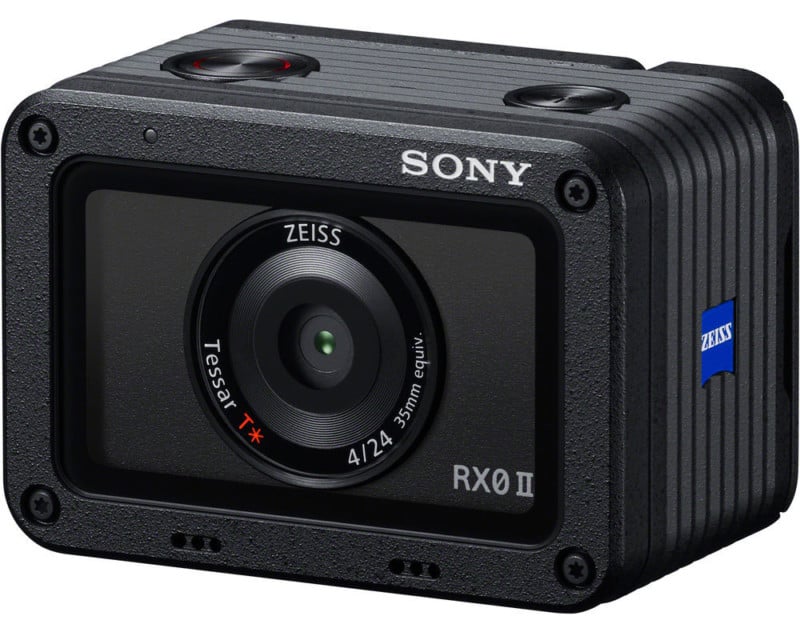 The sensor resolution has been reduced from 21-megapixels in the RX0 to 15.3-megapixels on the 1-inch Exmor RS stacked CMOS sensor of the RX0 II. The fewer pixels presumably means larger pixels that provide better low-light performance with ISO up to 12800. 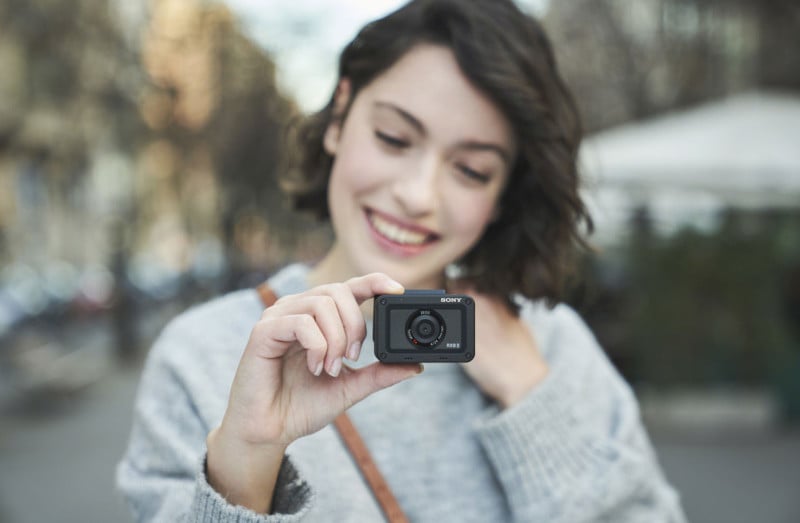 Powered by a BIONZ X image processor, the RX0 II can now do internal 4K30 video recording (the original RX0 could do 4K but only via HDMI out). Continuous shooting is now a blazing 16fps, up from 5.5fps in the RX0. 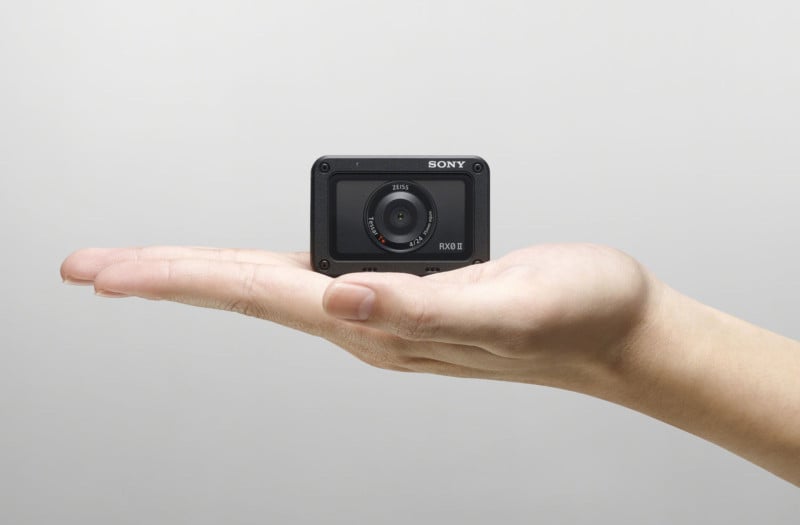 Other video capabilities of the camera include Picture Profiles (including S-Log2 gamma), uncompressed and clean 4:2:2 4K via HDMI out, a 3.5mm mic input, electronic image stabilization, Full HD video at 120fps, a High Frame Rate (HFR) mode for 960fps in NTSC or 1000fps in PAL, and interval recording for time-lapse movies. On the front of the camera is a Zeiss Tessar T* 24mm equivalent f/4 lens with a minimum focusing distance of 7.9 inches (20cm).

Another upgrade to the RX0 II is the new 1.5-inch 230K-dot 180-degree tilting LCD on the back of the camera that’s great for selfies and vlogging. 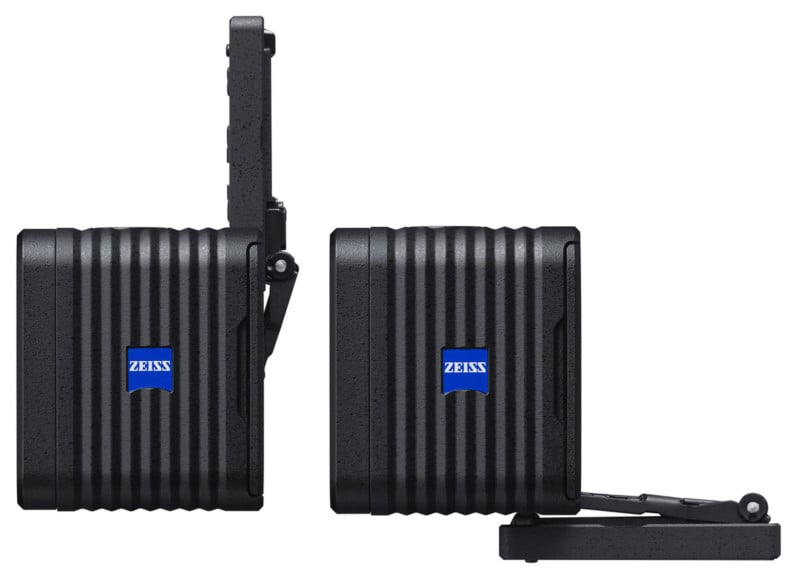 Other features of the RX0 II include Eye AF support for portraits and selfies as well as Wi-Fi/Bluetooth wireless connectivity.

The Sony RX0 II will be available starting in April with a price tag of $700.

Inside the Mind of Street Photographer Alan Schaller