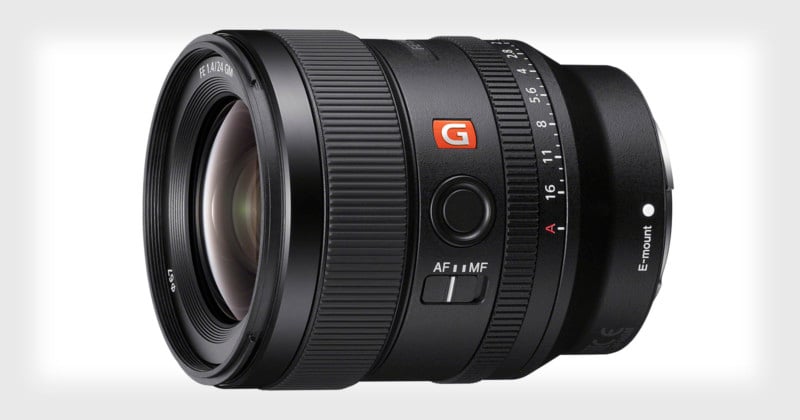 Inside the 24mm f/1.4 G is an optical design with 13 elements in 10 groups, including two XA (extreme aspherical) for suppressing sagittal flare (and accurately reproducing point light sources like stars) and three ED (Extra-low Dispersion) elements. The design makes the lens a “compelling proposition” for astrophotography, Sony says.

The front of the lens features Sony’s Nano AR Coating that reduces flare and ghosting, beneficial for landscape photographers who often shoot with the sun at difficult angles. 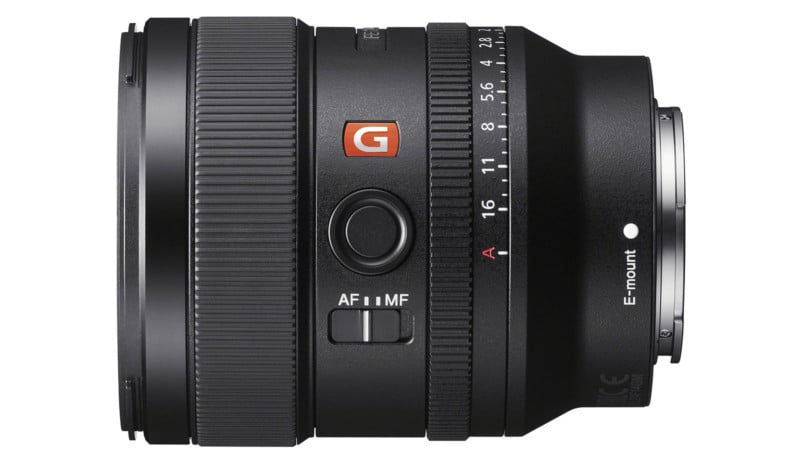 Inside the lens is also Sony’s new DDSSM (Direct Drive SSM) focusing system that has 3 times more thrust than its predecessor. It allows for fast, accurate, and quiet autofocusing for both still photos and video.

Other features of the 24mm f/1.4 G include a minimum focusing distance of 0.79ft (0.24m), an 11-blade aperture, an aperture ring for direct aperture control, a switch for toggling between clicking and stepless aperture, a focus ring with Linear Response MF, a customizable focus hold button, and a focus-mode switch for switching between AF and MF.

Hands On: The Sony 24mm f/1.4 GM is a Great Ultra-Portable Prime Lens