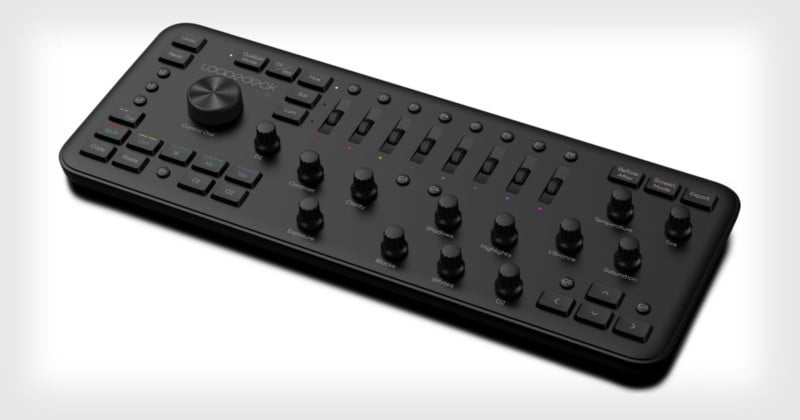 Loupedeck made a splash when the custom photo editing console for Lightroom was announced back in 2016. Today, the company just announced the original console’s successor: the Loupedeck+.


While the original Loupedeck was designed specifically for Lightroom editing, the Loupedeck+ is compatible with Skylum’s (formerly known as Macphun) popular Aurora HDR photo editing software, which was selected by Apple as the best Mac app of 2017. Loupedeck has actually entered into a partnership agreement with Skylum and will be supporting the company’s other photo editing products (e.g. Luminar) as well. 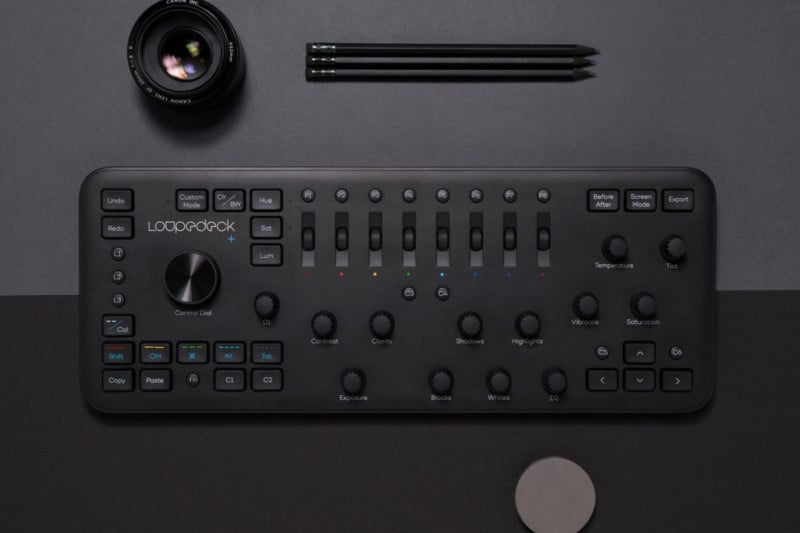 The console has also been improved with more functionality, control, and customization, all based on feedback received from the photography community since 2016.

The keys on the Loupedeck+ are now mechanical, providing a more precise touch and a more sturdy feel — the overall build quality of the console has been beefed up as well.

There are two dedicated customizable dials and seventeen buttons, and a “Custom Mode” allows users to fully control all dials.

Here’s a look at the UI differences between the original Loupedeck (top) and the Loupedeck+ (bottom): 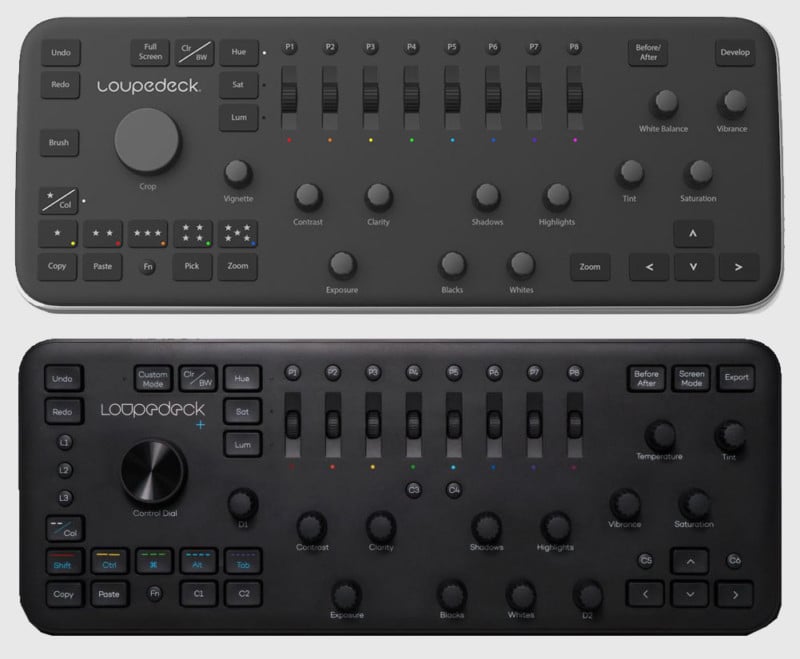 The configuration software has been rebuilt from scratch, providing a photo experience that’s both faster and more stable than before.

Here’s a 1-minute video that introduces the new Loupedeck+: