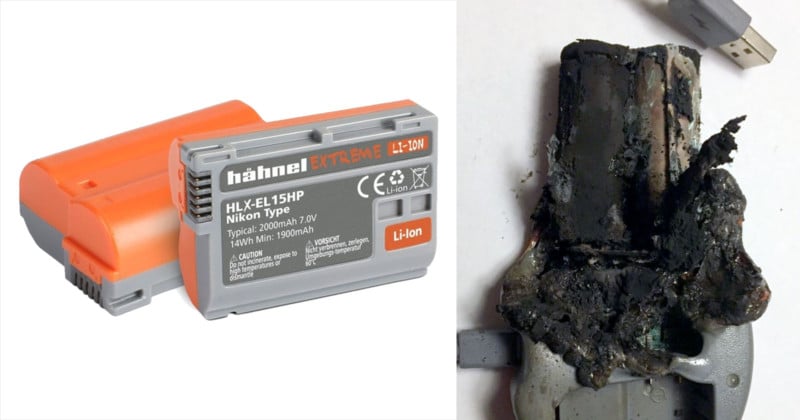 It is often warned that lithium ion batteries can pose a safety risk by catching fire unexpectedly. Norwegian photographer Vidar A. Bøen recently experienced that first hand when one of the batteries used in his Nikon DSLR burst into flames.

Bøen purchased his Hähnel HLX-EL15HP battery and charger back on March 19th. Hähnel bills itself as one of the “leading manufacturers of power products” for digital cameras. 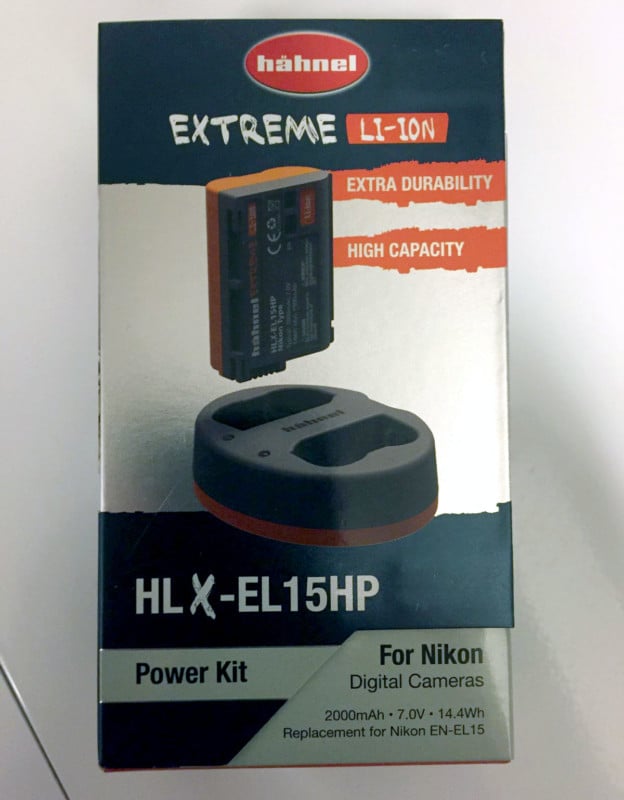 Once home, Bøen plugged the charger into a USB wall socket and began charging the battery for the first time. About an hour later, the battery suddenly burst into flames.

“Luckily, I was in the same room and after 30 seconds the unit was carried outside the house,” Bøen tells PetaPixel. “No major damage was made except for a lot of smoke and some fragments to be cleaned.”

Here’s what the battery and charger looked like in the aftermath: 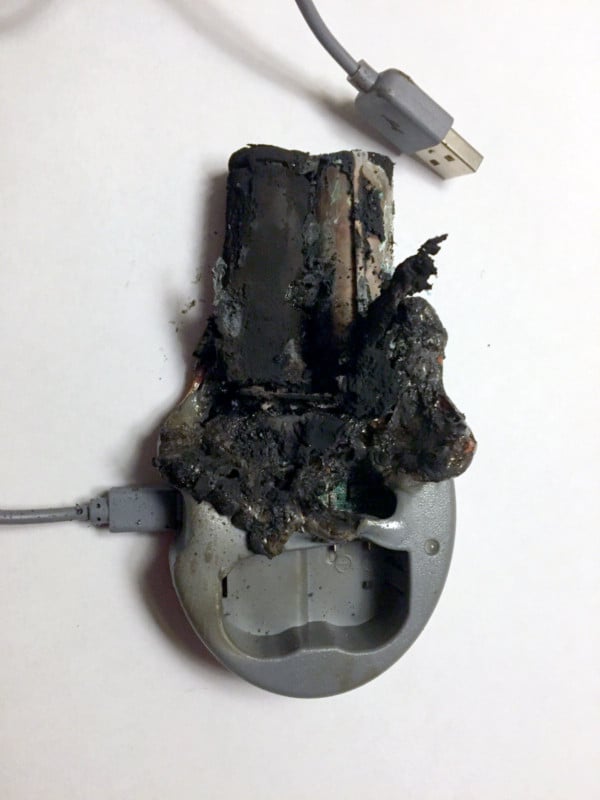 Bøen then brought the charred battery and charger back to his local store, which got in touch with Hähnel, which requested that he ship the burned equipment to its headquarters in Ireland for investigation. That was at the end of March.

This week, Hähnel’s findings were finally delivered to Bøen. The company concluded that the charger was definitely not the cause of the failure, placing the blame solely on the battery.

“The battery failure in this case is classified as a ‘field failure’, which because of best practice at all stages in the manufacturing process, are very rare, but also are not predictable and not detectable through quality control procedures,” Bøen tells PetaPixel. “New technologies and techniques are constantly being researched but these ‘field failure’ mechanisms are inherent in all lithium-ion batteries.”

One cell in the HLX-EL15HP short circuited internally and went into thermal runaway. This is very rare, but inherent, failure mode in all lithium-ion batteries.

So basically, the company is saying that every lithium-ion camera battery out there, including those manufactured by Nikon itself, could have failed in exactly the same way.

“We should be careful during the first charging process,” Bøen says. “The most important message when using new equipment related to charging is:
Do not leave it alone.”

Hähnel provided Bøen with a free Pro Cube 2 charger and two replacement batteries as a gesture of goodwill, but Bøen says that he also received a Nikon brand battery from the store after the incident.

How Bad is GDPR for Photographers?

Review: The Sigma 70mm f/2.8 Art is a Macro Lens Worthy of Your Bag