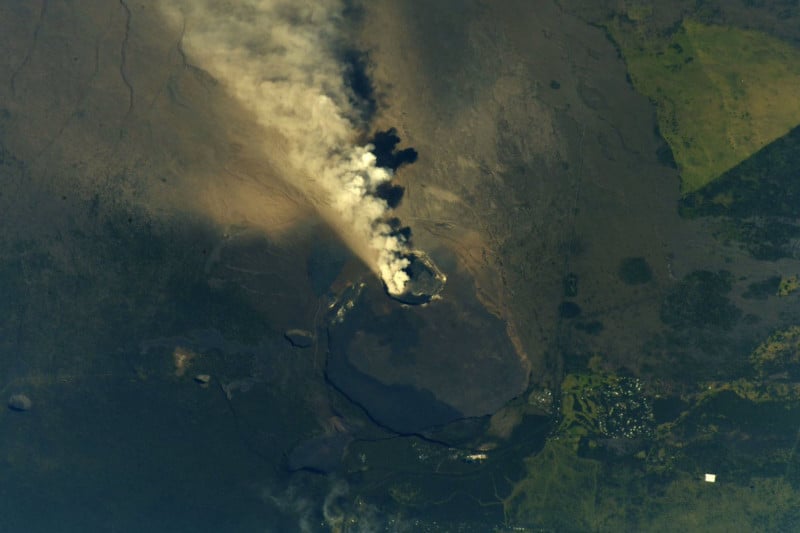 The ongoing eruption of the Kilauea volcano on the big island of Hawaii has led to tens of thousands of evacuations and the destruction of tens of homes. And the eruption has grown to such a scale that it can now be easily seen from the International Space Station.

NASA astronaut A.J. (Drew) Feustel has shared a photo captured from the space station that shows what the island looks like from space.

It is easy to see the activity on Hawaii’s #Kilauea Volcano from @Space_Station. We hope those in the vicinity of the eruption can stay out of harm’s way. pic.twitter.com/osTn3fH073

We launched to @Space_Station on a spacecraft called “Hawai’i”. We flew over our namesake today and are sending much aloha to everyone there. The plume from #Kilauea is visible from space. pic.twitter.com/r76F9HO0Jg

Both Feustel and Arnold coincidentally flew to the ISS under the callsign “Hawaii” back in March, weeks before the Kilauea volcano’s East Rift Zone started spewing lava fountains, lava flows, and volcanic gas.

How to Light Paint a Product Photo Background Using a Smartphone