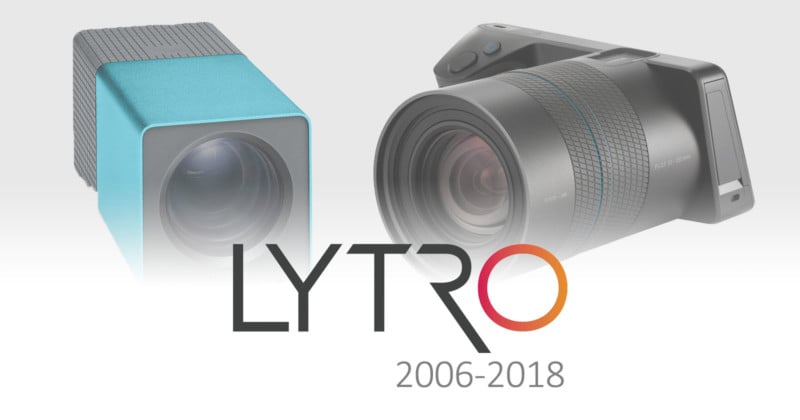 Goodbye, Lytro. The pioneering light field camera company has officially announced that it’s winding down operations. This comes just one week after it was reported that Google would be acquiring the company for somewhere between $25 million and $40 million.

“It has been an honor and a pleasure to contribute to the cinema and Virtual Reality communities, but starting today we will not be taking on new productions or providing professional services as we prepare to wind down the company,” the company writes in a message on its blog.

At Lytro, we believe that Light Field will continue to shape the course of Virtual and Augmented Reality, and we’re incredibly proud of the role we’ve been able to play in pushing the boundaries of what’s possible. We’ve uncovered challenges we never dreamed of and made breakthroughs at a seemingly impossible pace. We’ve had some spectacular successes, and built entire systems that no one thought possible. More importantly, we built a team that was singularly unified in its focus and unrivaled in its dedication. It has been an honor and a pleasure to contribute to the cinema and Virtual Reality communities, but starting today we will not be taking on new productions or providing professional services as we prepare to wind down the company. We’re excited to see what new opportunities the future brings for the Lytro team as we go our separate ways. We would like to thank the various communities that have supported us and hope that our paths will cross in the future.

TechCrunch was the first to report that Google had agreed to acquire Lytro’s assets, but there’s no official mention of any deal in Lytro’s announcement.

The Verge reports that “a large fraction” of Lytro’s employees will be joining Google. And it’s not clear whether the Lytro brand (or even its primary technologies) will live on under Google’s care.

“But contrary to last week’s rumors, the person says Google isn’t trying to supplement its own light-field photography experiments with Lytro tech,” The Verge writes. “The team will apparently be spread across multiple divisions, and will not be continuing Lytro’s previous camera work.

“Google is acquiring some Lytro assets but without direct plans to integrate them into existing projects.”

Lytro apparently discovered the difficult truth that it’s extremely difficult to disrupt the existing photography market with a brand new technology. The company failed to gain traction with its originally $400 light field camera, a $1,600 “pro” one in the Illum, and finally a 360-degree light field rig that cost hundreds of thousands of dollars.

What Lytro’s demise means for the future of consumer light field cameras remains to be seen.

The Winning Photos of the 2017 Smithsonian Photo Contest