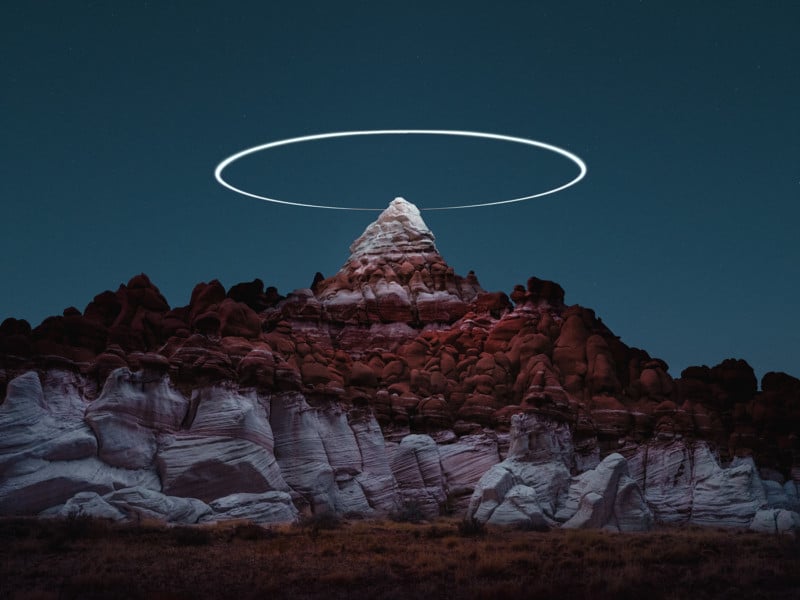 Photographer Reuben Wu is a pioneer of using LEDs mounted to drones to light landscapes at night, and his project Lux Noctis is filled with gorgeous and unusual photos created using this technique. More recently, Wu has added yet another creative touch: he adds halos above the rock pinnacles on dramatic landscapes by flying the drones in circles during long-exposure photos.

“The circles are actual light paths of the modified drone I used to light the landscapes,” Wu tells PetaPixel. 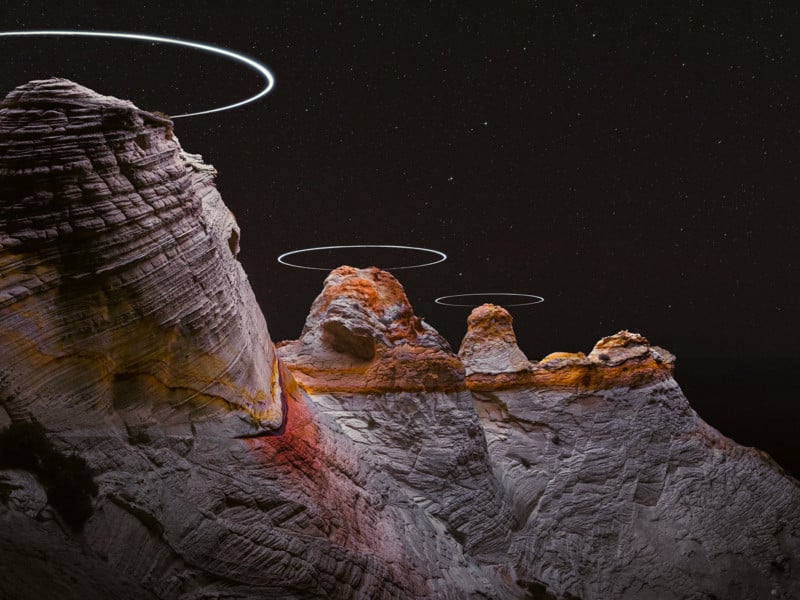 “In some of these images, I’ve evolved my process of intervention where I show the light source in the form of a light path,” Wu writes. “I see it as a kind of ‘zero trace’ version of land art where the environment remains untouched by the artist and at the same time is presented in a way which is inspired by 19th-century sublime Romantic painting and science and fictional imagery.” 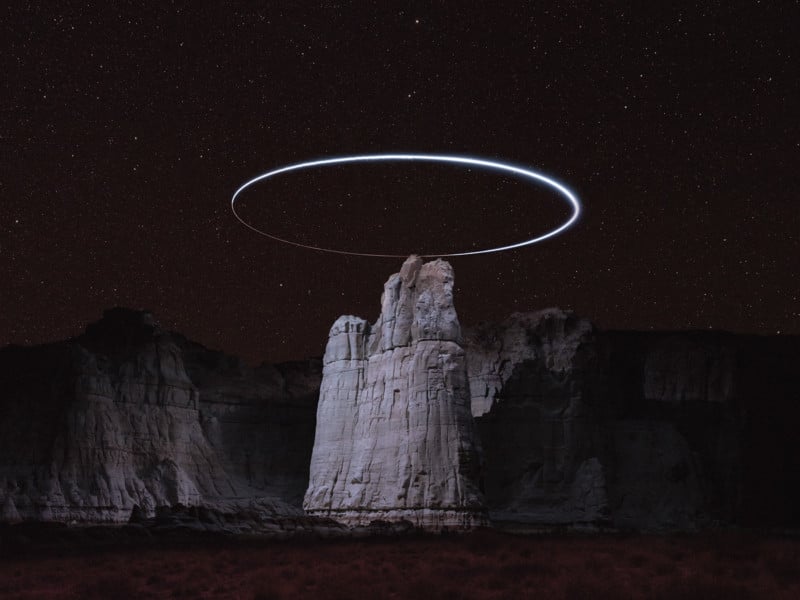 Here’s a short video showing Wu’s light drone flying in circles above the pinnacle in the photo above:

Wu recently created a viral sensation when he accidentally captured the exhaust plume of the SpaceX Falcon Heavy rocket in one of his Lux Noctis landscape photos. You can find more of Wu’s work on his website and Instagram.

Correction: The original version of this article incorrectly referred to the landforms as “mountains.” We’ve since changed the description to “rock pinnacles.”

How to Make a B&W Photo Print in the Darkroom: A 7-Minute Crash Course