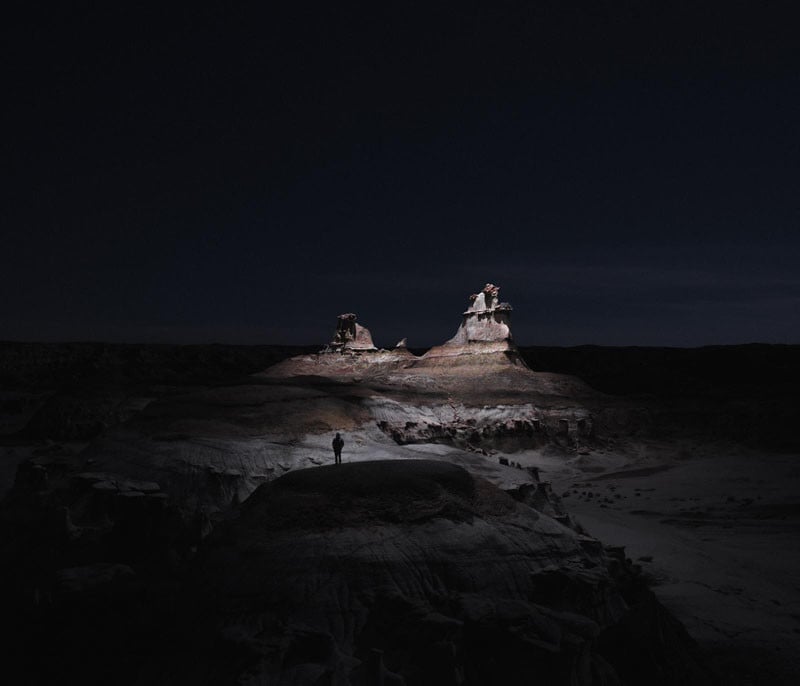 Drones are widely used as flying cameras these days, but Wu wanted to use them as flying lights. Using a prototype AL250 light by a company called Fiilex, mounted to the 3DR Solo drone, Wu artificially illuminated massive formations in the North American landscape for his fine art photos. “Each image is a carefully-planned scene consisting of multiple lighting positions, layered to produce an almost theatrically-lit composition,” Wu tells PetaPixel. “Using the GPS-enabled aerial light/drone in specific positions in space, I am able to produce moods of drama and tension through use of chiaroscuro, and the ability to illuminate isolated features of a scene and exclude unwanted elements.” 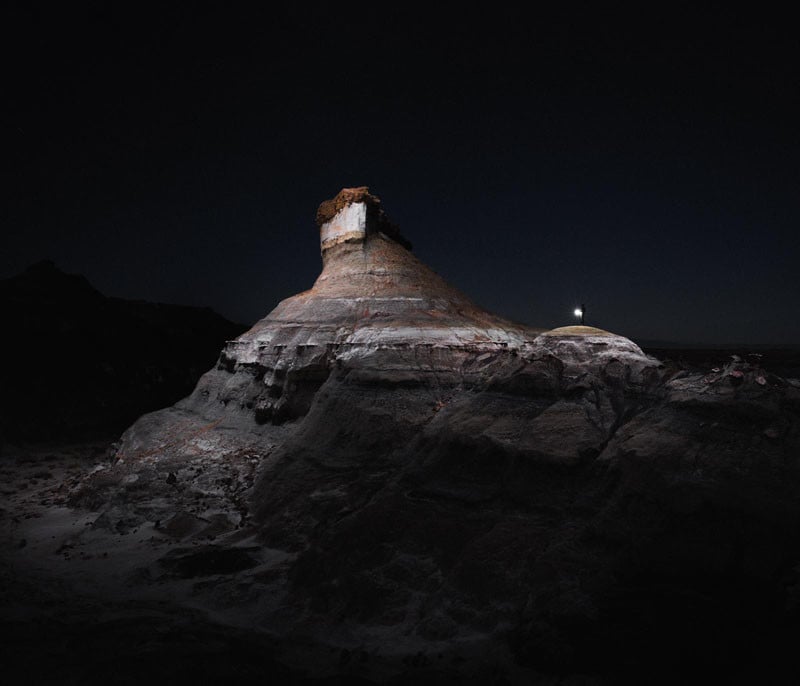 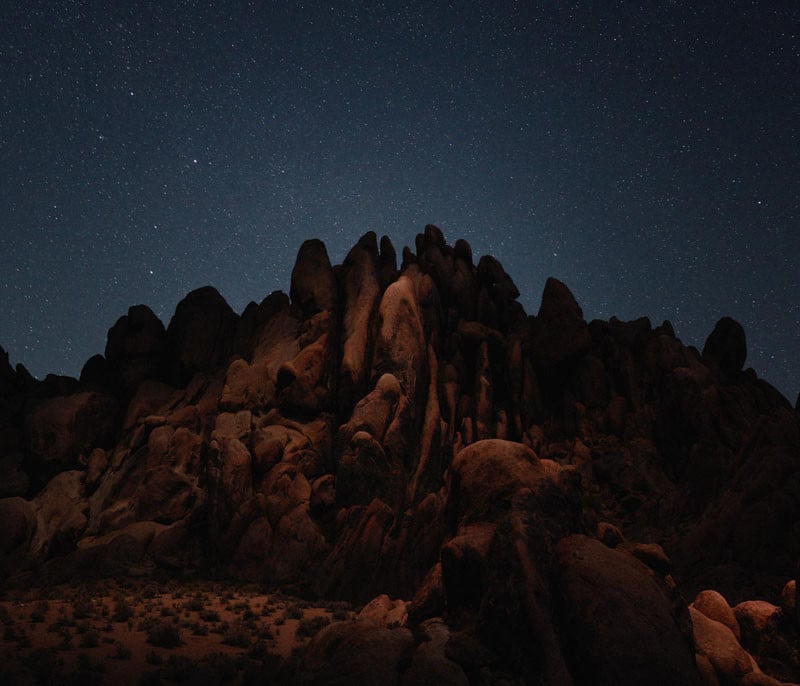 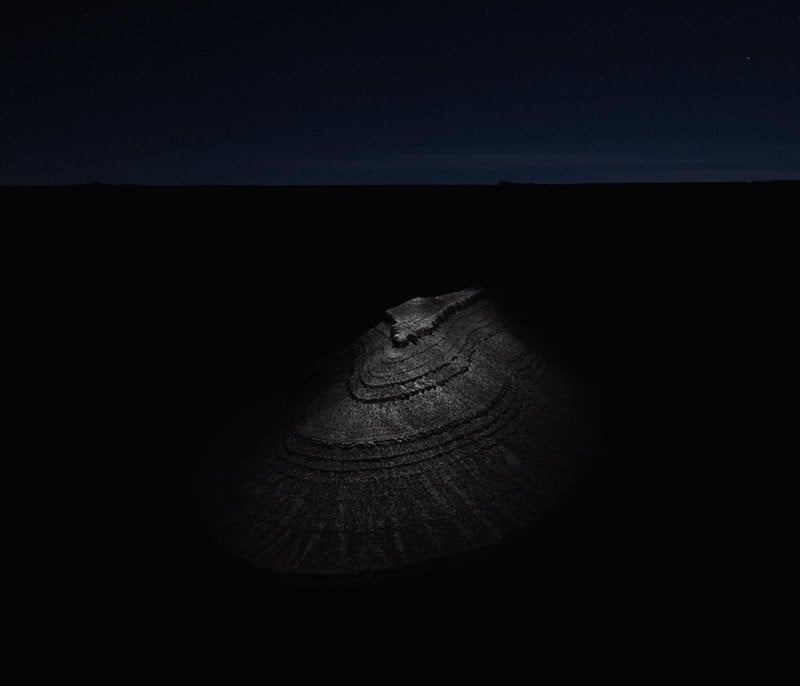 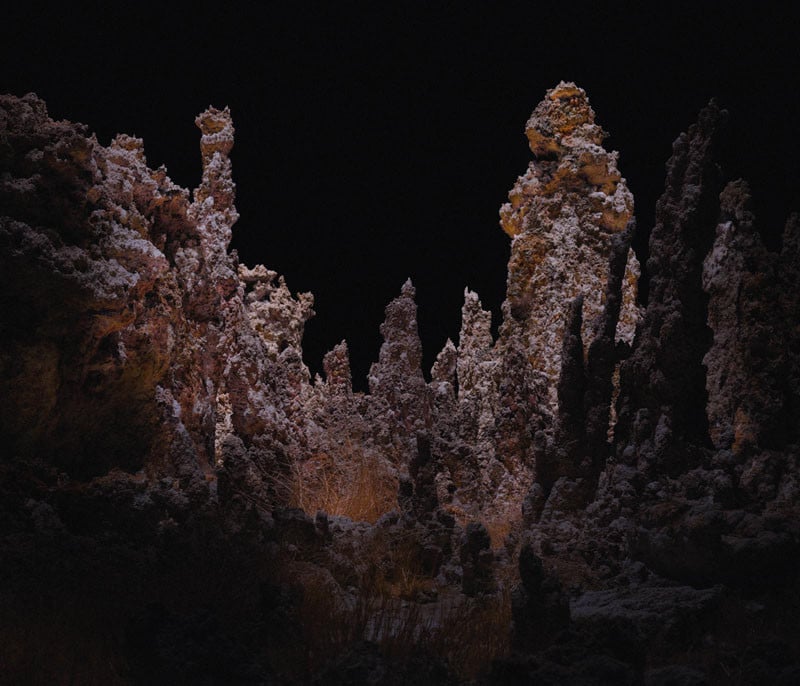 Image credits: Photographs by Reuben Wu and used with permission

Canon Patent Hints at the Future of Optical Stabilization