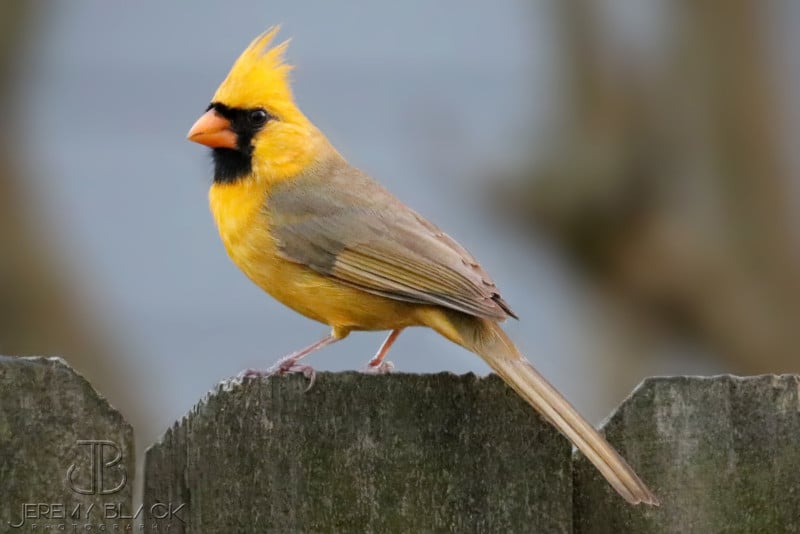 If you’re a wildlife photographer hunting for bird photos that no one else has, here’s something to add to your bucket list: a yellow cardinal. That’s what a photographer in Alabama managed to capture on camera.

AL.com reports that it all started when a birding enthusiast in Alabaster, Alabama, named Charlie Stephenson spotted the unusual bird in late January. She recorded some video of the bird and reported her find on Facebook.

“I thought ‘well there’s a bird I’ve never seen before’,” Stephenson tells AL.com. “Then I realized it was a cardinal, and it was a yellow cardinal.”

Stephenson reported that she was always able to spot the strange yellow cardinal when she looked for him at her bird feeder.

When wildlife and wedding photographer Jeremy Black saw the post from his friend Stephenson, he asked if he could visit her backyard to try and shoot photos of the bird.

After waiting for about five hours on February 19th, Black saw the bird return to the feeder and managed to capture a series of photos of it. 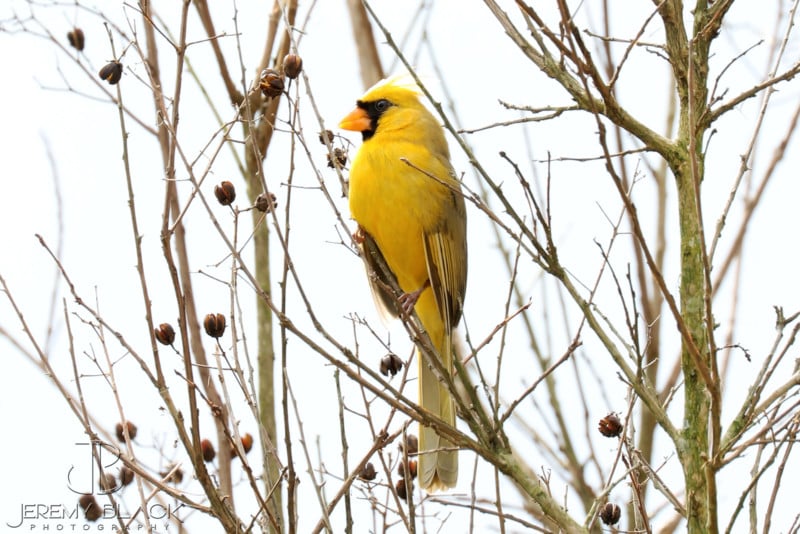 Auburn University biology professor Geoffrey Hill tells AL.com that yellow cardinals may be “one in a million” and the result of an ultra-rare genetic mutation.

“I’ve been birdwatching in the range of cardinals for 40 years and I’ve never seen a yellow bird in the wild,” Hill tells AL.com. “I would estimate that in any given year there are two or three yellow cardinals at backyard feeding stations somewhere in the U.S. or Canada.”

Image credits: Photographs by Jeremy Black and used with permission

The Problem of Color Contamination in Photography