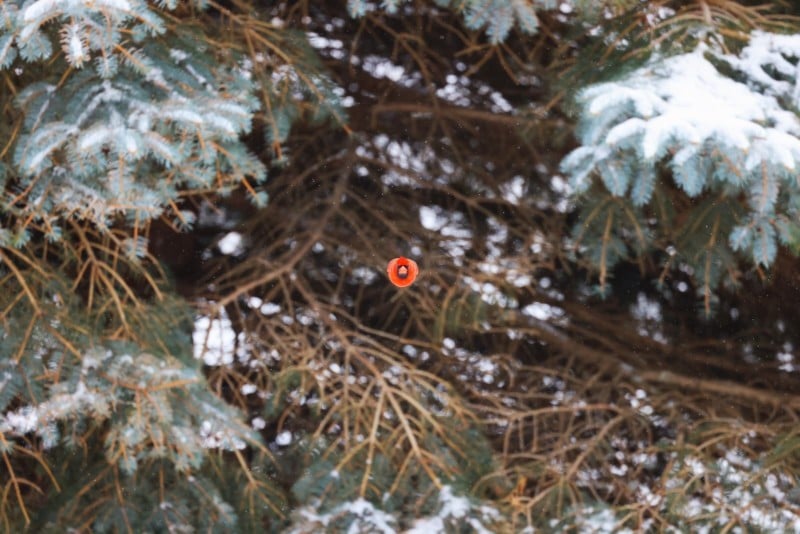 A wildlife photographer in Nebraska has captured a photo that proves the birds from the hit game Angry Birds really do exist in the real world.


Photographer Scott Taylor of Coleridge, Nebraska, was called over to his parents’ house after his father spotted an assortment of colorful birds at their bird feeder. After arriving with his camera at their kitchen window overlooking the backyard, Taylor noticed a number of cardinals at the feeder and in the surrounding trees.

As he began photographing one particular cardinal, it took flight and soared directly toward Taylor. His camera captured a moment in which the cardinal’s wings are tucked tightly into its body, making the bird look like a fluffy red ball floating in midair.

Taylor then shared it on Facebook and in a wildlife photography group he’s a part of. Top comments quickly pointed out that the bird looks exactly like the red lead character, a cardinal named Red, in Angry Birds.

“The reason why the bird looks like it is flying at me is because there is a bird feeder directly between the tree you see in the picture and the kitchen window that I had open taking photos through,” Taylor tells PetaPixel. “The cardinals fly from the tree to the bird feeder all day long.”

“If you have ever taken pictures of cardinals before, you know how fidgety they are,” Taylor tells The Dodo. “They are constantly jumping from branch to branch and never sitting still for very long.”

Taylor started getting into photography as a teenager after doing a photo project for the youth organization 4H. Now 48 years old, he is still pursuing his love for photography by shooting nature and wildlife photos.

“I started out with cheap film cameras and just kept upgrading as we could afford it,” he says. “This last summer my wife purchased me a Canon R5 mirrorless camera with three different lenses for our 25th wedding anniversary. I was using the Canon 100-500mm lens when I took the [cardinal] photo.

Taylor says he’s currently working with his kids on putting together a website to sell prints of his work. You can also find more of his photography on his Facebook page.