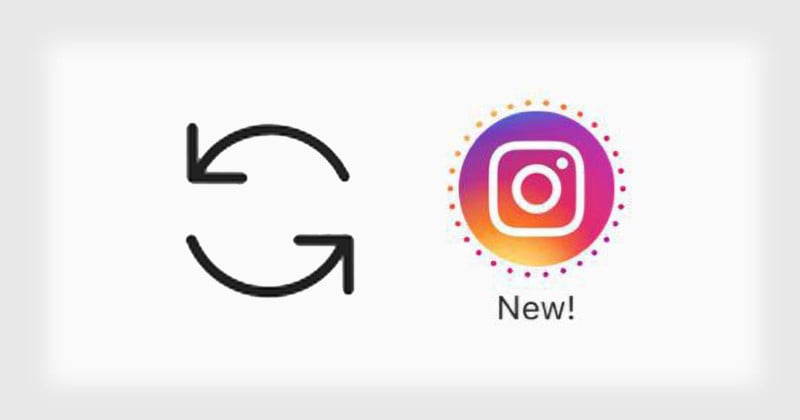 We reported in November 2017 that Instagram had begun testing a “Regram” feature similar to Facebook’s Share feature, which lets people repost your content on their pages with full attribution. Now Instagram is reportedly testing the ability to Regram other people’s photos in the Stories you create.

TechCrunch reports that the feature is currently being tested on a small percentage of Instagram users, so there’s a good chance you won’t see the feature active in your app.

“Instagram purposefully lacks a ‘Regram’ button to promote original sharing, but it’s easing up on that philosophy when it comes to Stories,” TechCrunch writes. “Instagram now confirms to TechCrunch that it’s testing an option that lets you share public feed posts from other users to your Story.

“This could let you add commentary and overlaid stickers to a meme, celebrity post or even a friend’s photo. For users whose lives aren’t so interesting, resharing could give them something to post.”

Here’s a short video by Zachary Shakked showing how the feature works:

After adding someone else’s post to your story, you can resize, rotate, and reposition the photo in your Story. There are also apparently two different display styles for how the Post appears in your Story.

If you’re not comfortable with the idea of your photos being shared in other people’s pages and Stories, Instagram will apparently allow you to opt-out of the “Regram” system. You’ll find an “Allow Others to Reshare” toggle after hitting the Menu icon on your Profile and scrolling through the available options.

No word on if or when we’ll see Regram for Stories appear as a feature for all Instagram users. Regram for Posts appears to have gone silent, so perhaps Instagram has decided to not allow official reposting in main feeds for now.

(via TechCrunch via DPReview)

How Fujifilm Cameras and Lenses Are Made: A Behind-the-Scenes Look

Smoke Bomb Photos: What I Learned Shooting Models in a Junkyard