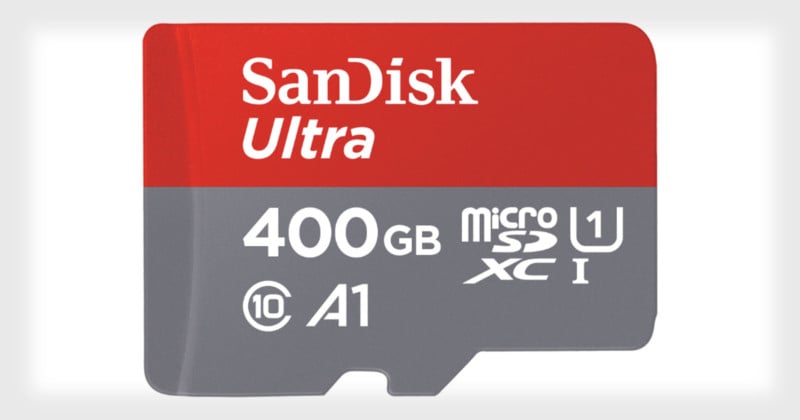 Today, SanDisk released the world’s highest capacity microSD card to date: the 400GB SanDisk microSDXC Ultra UHS-I card. It’s targeted at mobile users who have a lot of data to store on their smartphones, including high-res photos and videos.

The card comes about a year after SanDisk previously broke records by creating a 256GB microSD card that was the world’s fastest of its size.

This time around, this new Class 10 card looks pretty robust, too: it’s water, shock, temperature, and even X-ray proof.

“Mobile devices have become the epicenter of our lives, and consumers are now accustomed to using their smartphones for anything from entertainment to business,” said Jeff Janukowicz, Sandisk Research Vice President. “We are collecting and sharing massive amounts of data on smartphones, drones, tablets, PCs, laptops and more.

“We anticipate that storage needs will only continue to grow as people continue to expect more sophisticated features on their devices and desire higher quality content.”

Western Digital, the company that now own SanDisk, says it leveraged its “proprietary memory technology and design” to allow for the increased capacity.

“We continue to push technology boundaries and transform the way consumers use their mobile devices,” said Sven Rathjen, Vice President of Western Digital. “By focusing on achieving new technology milestones, we enable consumers to keep up with their mobile-centric lifestyles with storage solutions they trust.”

The new microSD card is ideal for Android smartphone users and can hold up to 40 hours of Full HD video. The transfer times are fast too, with a read speed of 100 MB/s (that’s about 1,200 5MB photos per minute) and write speed of 10 MB/s. The card is also said to load apps faster, thanks to its adherence to the A1 App Performance Class specification.

The 400GB SanDisk Ultra microSDXC UHS-I card comes with a 10-year warranty and SD adapter (for using it as a standard SD card) and is available on the SanDisk website and through retailers such as B&H for $250.