The memory card wars are fought on two playing fields: size and speed. And SanDisk is claiming victories on both fields today with the release of the 256GB SanDisk Extreme microSDXC UHS-I card—the world’s fastest 256GB microSD card.

For a long time it seemed microSD wasn’t getting much R&D love, but with the rise of action cameras and especially drones that depend on these cards, the money has returned and the advancements keep coming. Samsung’s recently-released 256GB card was the “highest capacity microSD card in its class,” and now SanDisk is pairing that high capacity with some much-needed speed.

Capable of storing up to 14 hours of 4K video, the card boasts “unmatched transfer speeds” up to 100MB/s and write speeds up to 90MB/s. SanDisk is earmarking the Extreme microSDXC UHS-I card as “ideal for high-performance drones, action cameras, and 4K-capable smartphones, among other devices.” 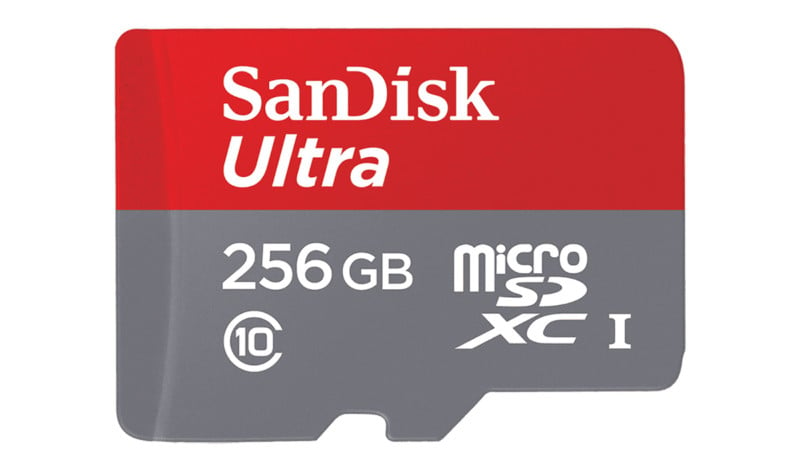 Alongside the super-fast 256GB Extreme card, SanDisk is also releasing a slightly slower but still speedy 256GB Ultra microSDXC UHS-I Premium Edition card. This one is geared more towards typical consumers. Boasting up to 24 hours of Full HD video storage and transfer speeds up to 95MB/s, SanDisk says this one is “ideal for Android-based smartphone and tablet users who don’t want to worry about running out of space on their devices.”

Both cards are also built to withstand some punishment. They’re waterproof, temperature-proof, shock proof, and X-ray proof… although, curiously, SanDisk didn’t mention if they’d survive a trip through your digestive system.

The Extreme card will be available globally sometime “in the fourth quarter of this year” for $200, and the Ultra Premium Edition arrives in August for $150.

Hubble Photographs Stunning Aurora the Size of Earth on Jupiter