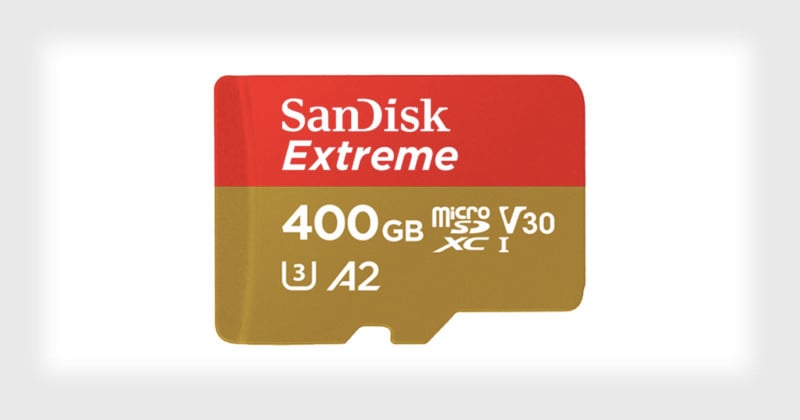 Western Digital, which acquired SanDisk for $19 billion in 2016, says that it’s “transforming the mobile experience with new industry-leading mobile solutions designed to enable consumers to better capture, share and enjoy rich content on their devices.

Memory cards that are both spacious and speedy are becoming increasingly important as smartphone cameras become more advanced and are capable of capturing high-megapixel RAW photos and 4K-resolution videos.

“The card is able to reach this unprecedented speed by leveraging Western Digital proprietary technology,” Western Digital says. “The card will also feature the A2 specification to help launch and load apps at blazing speeds.”

Western Digital says it’s also working on PCIe-enabled SD cards that will have even higher speeds for even more data-intensive camera features like 8K video and RAW continuous burst mode.

While pricing and availability for the new SanDisk Extreme 400GB UHS-I microSD have yet to be announced, there are murmurings that it will cost $300. The price of the existing Sandisk Ultra 400GB Micro SDXC UHS-I Card has also been dropped (perhaps temporarily) from $250 to $190.

Sony Shows Off the First Smartphone Camera with ISO 51200

How to Process B&W Film at Home: An 8-Minute Crash Course by Ilford