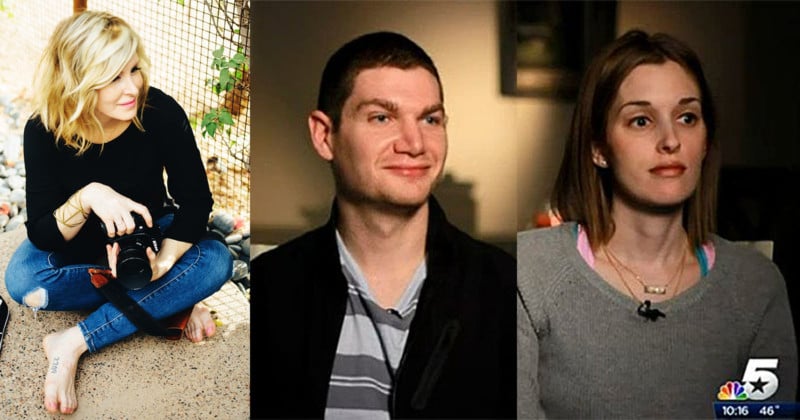 Wedding photographer Andrea Polito has been awarded $1.08 million by a jury in her defamation lawsuit against a couple who launched a public campaign against Polito over her $150 album cover charge.

It all began back in January 2015, when the local Dallas, Texas-based news station NBC 5 aired an investigative report into one couple’s accusations against Polito. Newlyweds Andrew and Neely Moldovan accused Polito of demanding an extra $150 for an album cover after the couple had already purportedly paid $6,000 for the wedding photography. The Moldovans say they expected the album to come with a free cover, and NBC 5 reported that Polito was refusing to provide a CD of photos until the album cover was paid for.

After an enormous online backlash against Polito, the photographer published an open letter explaining her side of the story. She explained that she offered the couple a free album cover before any mention of a news interview had come up, and said that the couple instead decided to go ahead with smearing Polito and her business publicly. She also says NBC5 didn’t provide her sufficient time to respond before airing its story.

“We had taken action to make things right, and instead this bride went directly to the media, bragging about the upcoming news story on all of her social media accounts and creating a very large following, which was boosted by her business as a professional social media expert,” Polito wrote. “If this story were truly based how upset and hurt she was, she would not post statements to humiliate me or harm my business.

“Statements like, ‘I’m pretty sure her business is ruined,’ ‘I hope this goes viral,’ ‘feeling excited,’ and ‘justice has been served’ are not the actions of a concerned and hurt bride; they are actions of an individual trying to take someone down and instigate a lynch mob of negativity across the nation.”

In April 2015, Polito filed a $1 million defamation lawsuit against the Moldovans, accusing the couple of defamation, business disparagement, tortious interference with prospective contracts, and civil conspiracy.

Last Friday, a jury awarded Polito $1.08 million, finding that the couple “wrongfully attacked” Polito and that their public campaign against the photographer was “false and malicious.” The Moldovans can appeal the ruling. Here’s a court document provided to PetaPixel by Polito:

“Proud to say that after a week long, hard fought trial, the jury returned a verdict of over $1 Million, including punitives, for Andrea Polito, who was defamed by two terrible, shameful people,” Polito’s attorney, Dave Wishnew, writes. “As I told the jury: ‘freedom of speech is not freedom from consequence.’ There are real world consequences for maliciously attacking a business online with venom and lies.

“The jury agreed and made a statement that publicly lying, shaming, and online bullying is unacceptable. Now justice is served.”

Polito tells PetaPixel that in the 10 years prior to the NBC 5 story, her photography business was generating in the “high six figures” on average from shooting photos alone (i.e. no coaching or seminars). She says her photo business was destroyed in a matter of days after the Moldovans went public with their false accusations.

The photographer says she’s planning to rebuild her business but will be shifting her focus toward helping other photographers grow their businesses. She has also established a new non-profit foundation called SASS (Surviving After Social Shaming) to help people who have had their reputations torn down by online mobs.

A Profile of Photographer Keith Carter