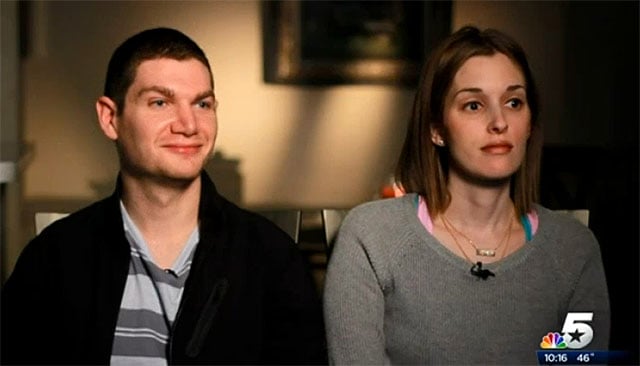 Remember the story of Andrea Polito, the photographer who was publicly accused by a couple of holding their wedding photos hostage until they paid an extra $150 fee for a cover for their album?

It came to light afterward that the couple may have intentionally gone to the media with their story in order to destroy Polito and her business, and the photographer is now suing the couple for defamation, seeking up to $1 million in damages for the damage they did.

In a lawsuit filed in the Dallas county district court, the Texas-based photographer tells her side of the story and accuses Andrew and Neely Moldovan of defamation, business disparagement, tortious interference with prospective contracts, and civil conspiracy. She is demanding between $200,000 to $1,000,000.

“This is a case about APP’s clients, the Moldovans, who sought local media to publish a story based on defamatory and disparaging statements about Polito and APP to exactunjustified revenge for their personal benefit,” the lawsuit states. “To further destroy Polito and [Andrea Polito Photography]’s reputation and business, the Moldovans engaged in a smear campaign taken worldwide on many websites and different forms of media.”

“The Moldovans took pride and pleasure in the harm they caused, bragging they were ‘pretty sure her business is done.'”

Polito says the Moldovans quickly turned to the media when they learned about the additional charges for different album options, choosing to pursue “publicity and public shaming” rather than work with Polito to resolve the situation (the photographer says she intended to waive the standard cover fee).

The couple reportedly sought out local media for the story and found Scott Gordon, an investigative reporter with NBC 5, who aired the story on January 16th, 2015.

On January 20th, Polito published an open letter on her website to share her side of the story. A few days later, Gordon published a follow-up piece after hearing from Polito, her friends, and fellow photographers, but damage had been done.

The original story had gone viral online and in the media, with some large media outlets sensationalizing their coverage. The Daily Mail was one of many newspapers that wrote that Polito was “holding the couple’s pictures hostage”.

“The Moldovans’ tortious actions have damaged Polito’s personal and professional reputation, caused her extreme emotional distress, and already caused, and will continue to cause, substantial economic damages to APP,” Polito’s lawsuit says. This case has gone from a private dispute to a public skirmish to a trial by jury.