National Geographic‘s Renan Ozturk is an adventure photographer and filmmaker who will stop at nothing to get the perfect shot. Really. This 9-minute behind-the-scenes video looks at how he shot The Last Honey Hunter, a film documenting the painstaking process of harvesting hallucinogenic honey from cliff faces in Nepal.

Despite wearing American-made bee suits, the team still suffered from the stings of the biggest bees in the world. They’re seen swinging with thousands of dollars of camera gear, 300 feet above the ground, being harassed by angry bees. 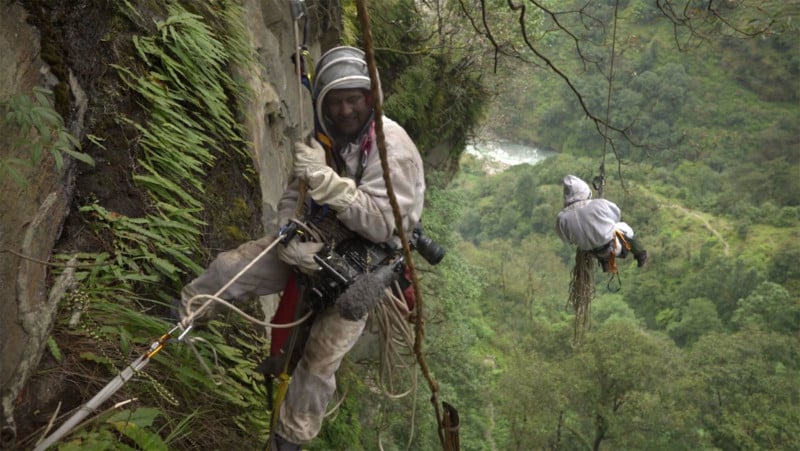 But the star of the film, Mauli, braves the stingers with nothing but a bamboo rope to climb with.

National Geographic has released a short teaser of the film, which is currently circulating through film festivals:

Want to see the rest? The story is covered in the current July 2017 issue of the magazine, and the film is expected for a worldwide release in 2018. You can also find Ozturk’s still photos here.

(via The North Face via Fstoppers)