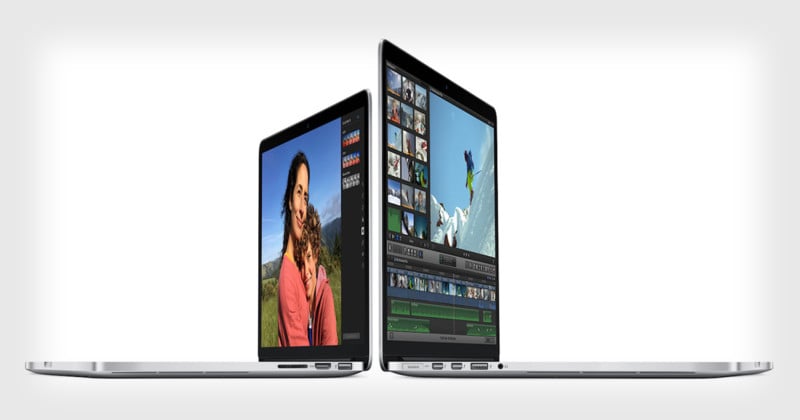 Apple’s powerful, photographer-friendly line of Retina display MacBook Pros are overdue for an update. But if you’re thinking of getting one anyway, don’t! Reliable reports claim Apple will announce an update to these laptops at the end of the month.

According to MacRumors and Bloomberg, both the 13 and 15-inch Retina MacBook Pro models are scheduled for an official update at the end of October, possibly at a press event on October 24th.

“Apple plans to introduce completely revamped 13 and 15-inch Retina MacBook Pros in the fourth quarter of 2016,” writes MacRumors. “The machines could debut as soon as October, and based on upcoming software release plans for macOS 10.12.1, Apple is aiming to finalize the software with features for the new MacBook Pros on October 7, suggesting a late October launch for the new machines.”

Here’s a quick roundup of “What to expect” that MacRumors posted a couple of months ago:

This will reportedly be the first true “overhaul” of the computers in four years, featuring a revamped design with lighter and thinner form factor, wider trackpad, flatter keyboard, and an OLED display/touch panel at the top (where the function keys are now) that Apple is allegedly calling the “Dynamic Function Row.”

That row will replace the function keys, and instead display contextual info depending on what application you’re using. This could open up a slew of extra control options for software manufacturers like Adobe to take advantage of, and we’re really keen to see what Apple does with this rumored “touch strip.”

There’s also talk of improved graphics performance—which photographers should be very happy about—pointing towards AMD chips making their way into the newer models. Finally, rumors claim the new MacBook Pros will be equipped with four USB Type-C ports (with Thunderbolt support), Touch ID, and a headphone jack for us analog fogies.

There are more details at this link, but the short version is this: if you’re in the market for a new MacBook Pro, wait a few more weeks before you go buying one. It sounds like your patience will be well-rewarded.

Phase One Adds Electronic Shutter to IQ3, a World’s First for Medium Format