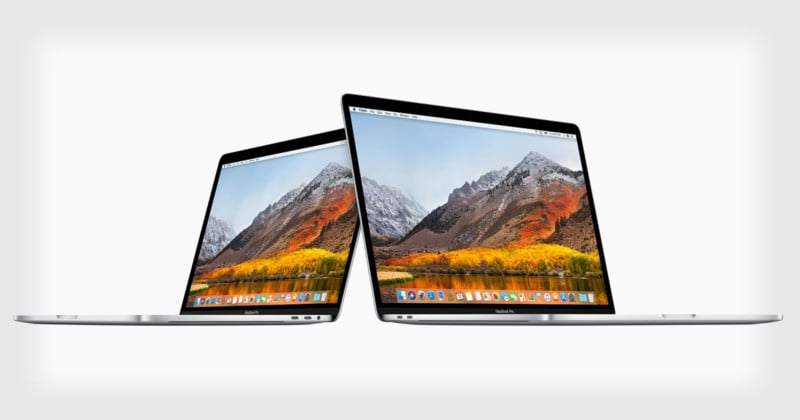 The Retina display has been upgraded to a True Tone display, which was first introduced on the company’s iPad and iPhone. It takes ambient light color and brightness into consideration and then adjusts the display’s white point and illumination to present a consistent white in every environment. The displays also feature 500 nits of brightness and support for the P3 wide color gamut. 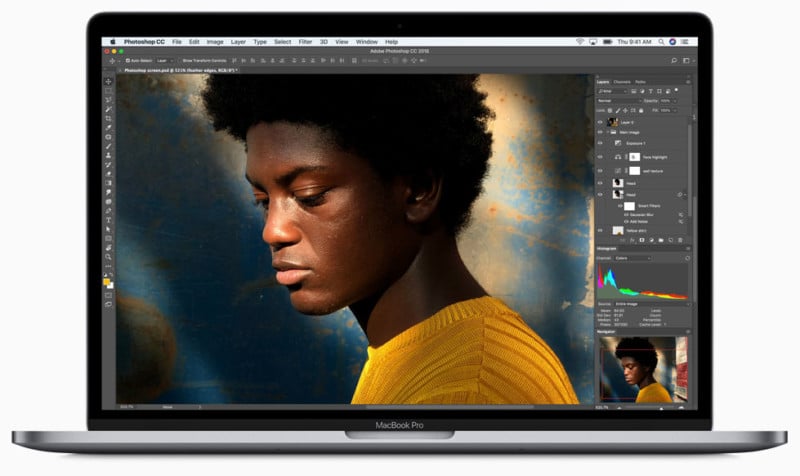 The 3rd-generation keyboard on the laptops has been improved with quieter typing. The MacBook Pro recent keyboards have been slammed for being problematic (even sparking a class-action lawsuit), so we’ll see whether Apple has addressed those reliability issues in this latest generation.

The new 13-inch and 15-inch MacBook Pros are available today through Apple’s website and authorized retailers with starting price tags of $1,800 and $2,400.

Update: Retoucher Pratik Naik notes that a new 15-inch MacBook Pro with maxxed out processing and memory will set you back nearly $4,000. 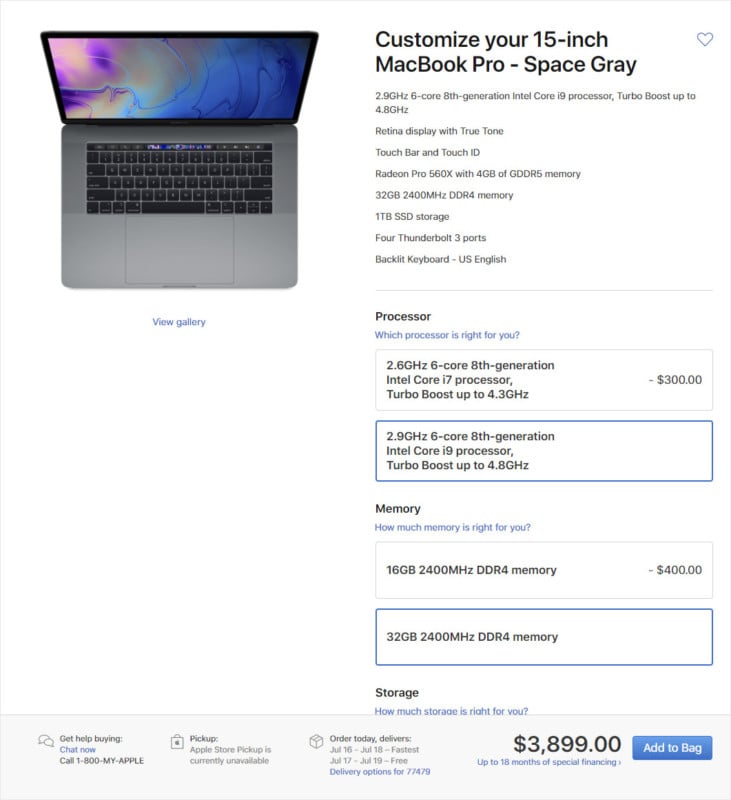 Photographer Gets Dog-Piled at World Cup and Keeps on Shooting