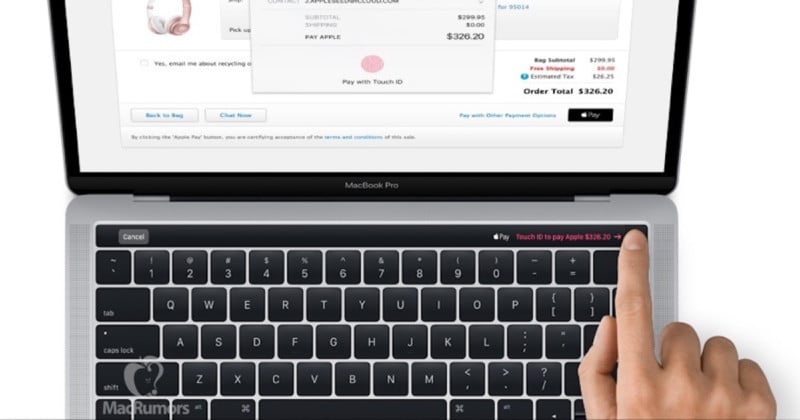 Apple just let one of its own secrets slip. The new MacBook Pros are supposed to be announced on Thursday, and it looks like Apple accidentally leaked some photos of the computer and its touch-activated ‘Magic Toolbar.’

This is the feature we were most excited about when we told you to hold off buying a MacBook Pro Retina a few weeks back, because it has the most potential upside for photographers. The toolbar, which will go where the function keys are now, is basically an interactive touchscreen that changes based on what app you’re using.

Now, we get to see what that toolbar looks like, thanks to MacOS Sierra version 10.12.1 and some Apple Pay images MacRumors spotted hiding in that operating system. 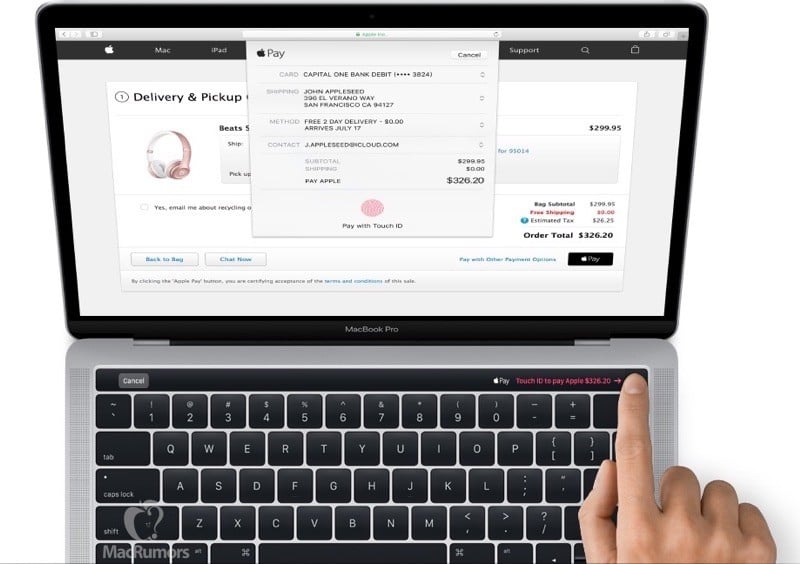 These images only show the bar being used for Apple Pay and Touch ID, but the potential for photo editing software is obvious. Suddenly, instead of a fixed number of keys, a program like Photoshop or Lightroom could create a custom toolbar that fits their application. Heck, while we’re here speculating, we would love to see that toolbar change to suit the specific tool or workspace you’re using within those programs.

It’s not an E Ink keyboard that adapts fully to the app you’re using… but it’s a step in that direction.

Fortunately, we won’t have to wait long to find out just what this update—allegedly called the Magic Toolbar—can do. The new computers are supposedly being announced at a special event in Cupertino this Thursday, October 27th.