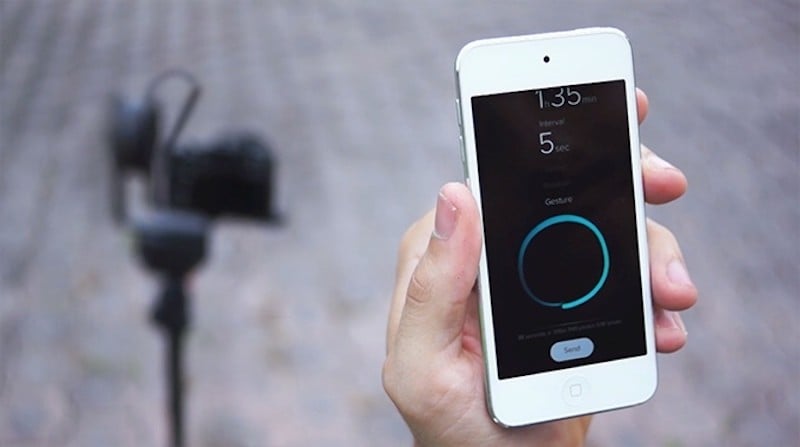 There’s no shortage of timelapse controllers out there—from feature-rich camera triggers that use your phone as a sensor, to popular motion control systems. But the Astro Core has one specific feature that sets it apart: gesture control.

On the surface the Astro Core looks a lot like a Syrp Genie Mini or the original Astro: it’s a disk that you program using a dedicated smartphone app. Attach the disk to your tripod and your camera to the disk, and you’ve got yourself a panning timelapse motion controller.

But pair that basic capability with the Astro Core app, and you get gesture control:

This is the Astro Core’s key, headline grabbing feature. The app can record a natural movement using your smartphone, and translate it into a smooth motion timelapse.

“The biggest obstacle to motion control is creating a program, since it usually involves complex curves, values and math,” they explain on the Kickstarter page. “Use the Astro App to record your desired motion in mid-air, then send the recorded program to Astro Core and it will precisely mimic your moves. It works with one Astro to create panning or tilting programs, or with two Astros to create simultaneous two axes motion.”

Here’s a look at how this works IRL:

Of course, gesture programming isn’t the only thing Astro Core has going for it, just the flashiest. The controller also features things like speed ramping, bulb ramping, ease in and out motion, and HDR time-lapses and presets. And since all the controlling is done from an app, you can program and trigger the sequence all from your phone.

The creators of the Astro Core have also built the system to work with multiple units—so you can use one for panning, tilting, or movement across a slider, or combine up to three astro cores for up to three axes of motion.

Finally, the Astro Core has two other convenient features. (1) It runs on AA batteries so you don’t have to worry about a charging cable; and (2) it connects to your camera via the remote port, making it easier to ensure compatibility. 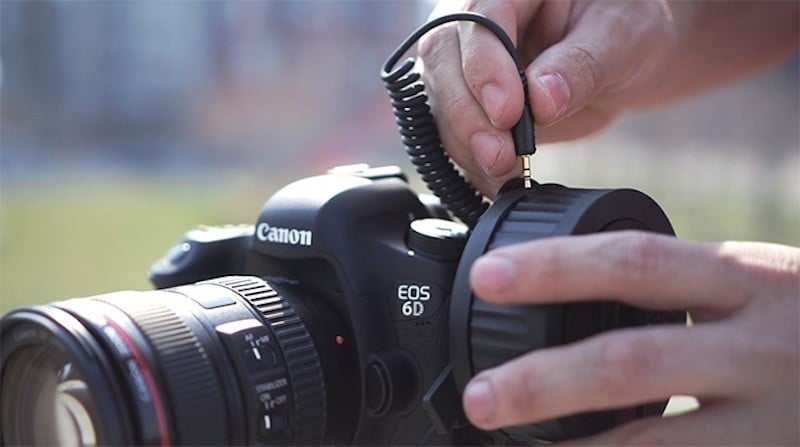 The Astro Core is currently on Kickstarter, but they don’t really need your help anymore. In fact, the controller reached its funding goal in just 48 hours.

Of course, that doesn’t mean you shouldn’t take advantage of the Kickstarter discount if you’re interested. The Astro Core comes in a basic, 2 axis, or 3 axis pack for $240, $490, and $760 respectively, and will be on Kickstarter for another 22 days before the campaign wraps up. Click here to learn more or put down your pledge.

Photography and Dodging Drunks at the Eiffel Tower