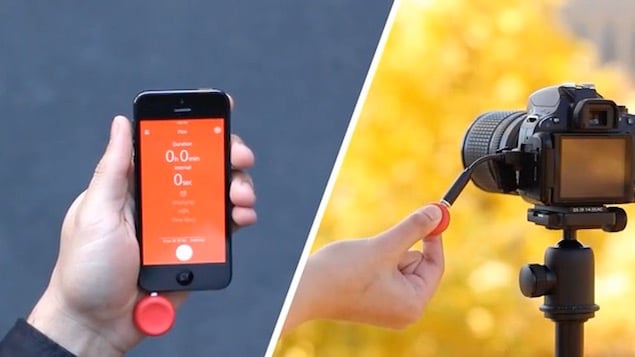 There are more time-lapse triggers out there than I can count on my hands and toes, but there’s no doubt that there are few, if any, as simple as Pico. An inexpensive and easy to used time-lapse trigger, Pico can work with or without your smartphone and makes capturing time-lapses a single button process.

Created by Mandarin — the company behind the Astro Time-lapse and Motion Control — Pico is as simple as advertised, offering robust time-lapse capabilities in a small and simple device.

While Pico is designed to work hand-in-hand with a dedicated smartphone app, it can also work standalone, in the case your phone is dead or you happen to leave it at home.

As the demonstration video above shows, the purpose of the app is to program the Pico to capture exactly what you want within the parameters you set. Once you’ve set your desired timing scheme, you simply unplug Pico from your smartphone and plug it into your camera’s remote cable, and go.

The manual mode eliminates most of the customization. Simply plug Pico into your camera’s remote cable, hold the button down, and listen for beeps — each beep represent a one second delay between shots. Easy peasy.

There are advantages to using the smartphone app though. Through it, Pico also includes a number of advanced modes such as HDR bracketing, bulb ramping (which is designed to compensate for changes in natural light) and time-warp, which allows you to adjust the time-lapses speed, akin to how slo-mo video works in iOS.

Pico is merely 11 grams, has an 8 year battery life and is compatible with both iOS and Android devices. Over on the Kickstarter campaign, you can still secure your Pico for the ‘Early Bird’ special of $45. Late birds need not fret though, you’ll only pay $5 extra for your tardiness.

Understanding ISO: A Simple Explanation of How ISO Works and Why Increasing It Creates Noise

Melting Away: A Decade of Arctic and Antarctic Photography by Camille Seaman