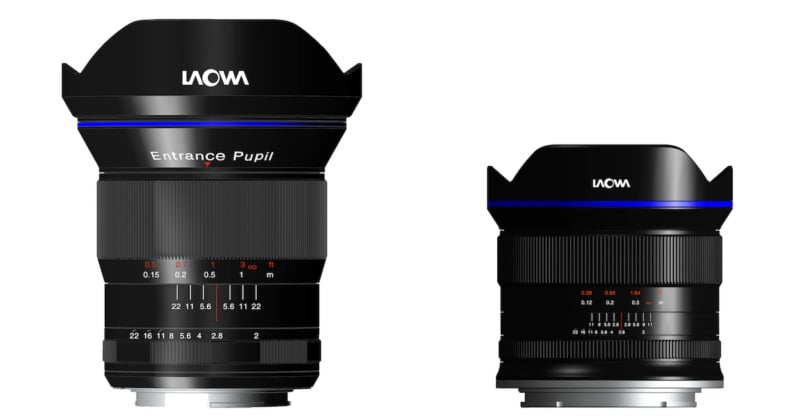 The newest addition to the “close to zero distortion” lens family, Venus claims their Laowa 15mm f/2 is the world’s fastest rectilinear lens for full frame cameras. It was developed for the Sony FE mount and, like its 12mm brother, claims to produce close-to-zero optical distortion despite its wide field of view.

“Featuring the fastest f/2 aperture ever built with a 15mm lens, the new full frame E-mount lens is engineered for professionals to shoot impressive landscape, architecture and primary astro photos with great details,” writes Venus. “This is an every-day and must-buy lens that every Sony full frame mirrorless camera user should have one in his bag.”

Like the 15mm, the 7.5mm is all about adding yet another “world’s *fill in the blank*” title to the trophy case. Specifically, this 7.5mm f/2 is “the world’s widest f/2 rectilinear lens ever designed for Micro Four Thirds cameras.”

Featuring an extreme 110° angle of view, a small & lightweight design, and a blazing fast f/2 aperture, Venus Optics sees this lens as “an ideal option to pair up with drones for aerial photography.”

Both lenses will be available to order “in early 2017” but there are early prototypes out for testing at Photokina if you happen to be going to the trade show. No word yet on pricing.