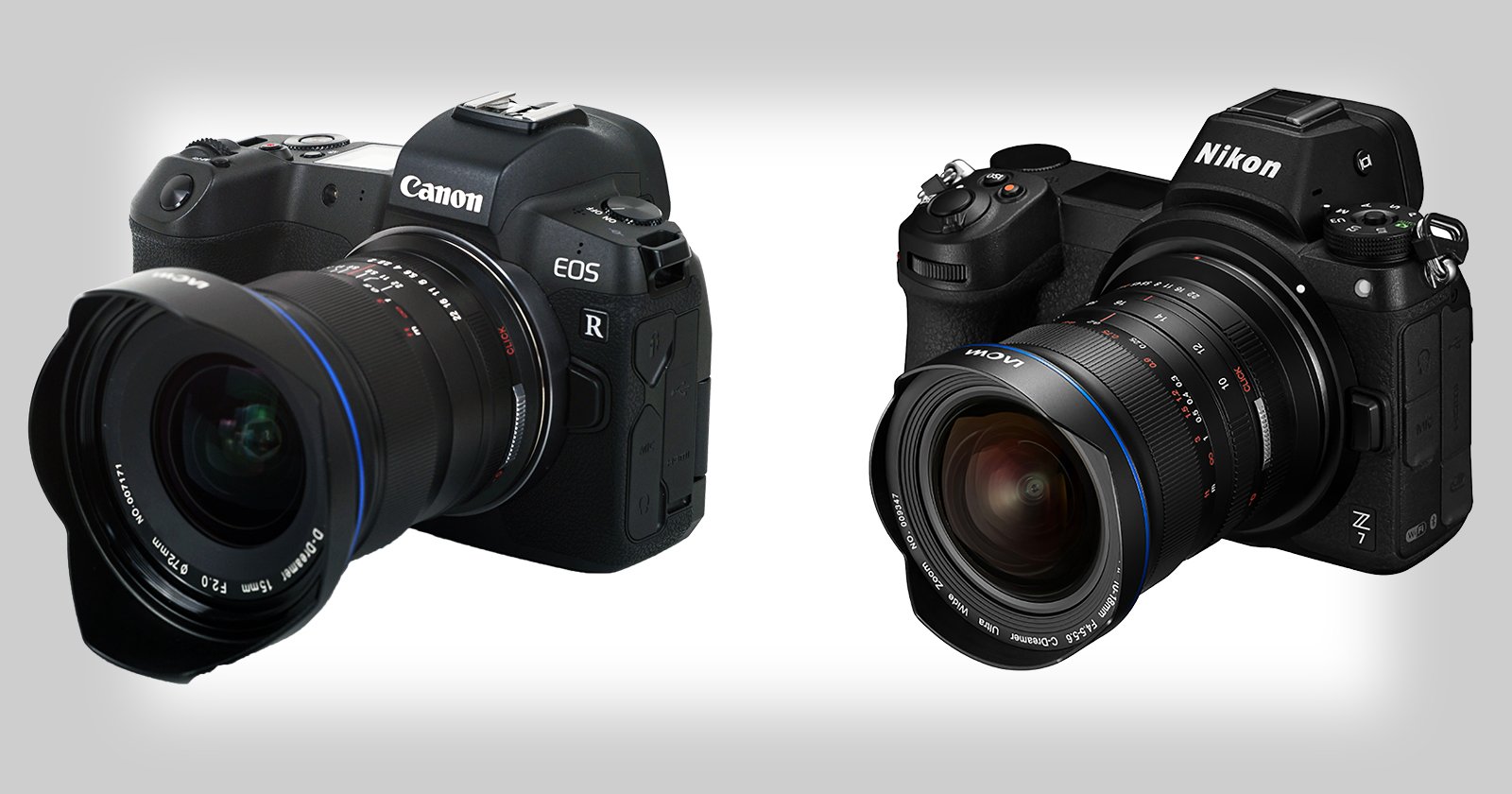 Chinese lens maker Venus Optics is bringing two of its ultra-wide angle lenses to Canon and Nikon’s full-frame mirrorless systems. The Laowa 15mm f/2 Zero-D, which is now available for both the Canon RF and Nikon Z mounts, and the Laowa 10-18mm f/4.5-5.6 Zoom, which will only be released for the Nikon Z system.

Venus Optics made a name for itself with its “Zero-D” line of ultra-wide lenses with minimal distortion, and now the brand is trying to expand its influence to Nikon and Canon’s full-frame mirrorless mounts by porting over two manual focus lenses that were previously released for the Sony E-mount.

The Laowa 15mm f/2 Zero-D is already available to purchase online for both the Canon RF and Nikon Z mounts, at a retail price of $850.

The Laowa 10-18mm f/4.5-5.6 Zoom, meanwhile, is only being ported over to the Nikon Z mount, giving Nikon mirrorless shooters an even wider option than Nikon’s own NIKKOR Z 14-30mm f/4 S released earlier this year.

As with the Laowa 15mm f/2 Zero-D, the folks at Venus Optics designed this lens to be as lightweight and portable as possible, weighing in at less than 500g and measuring approximately 9cm in length. Its optical construction consists of 14 elements in 10 groups, with 2 aspherical elements and 1 extra-low dispersion element, and it, too, features an aperture diaphragm with 5 straight blades to produce well-defined 10-pointed sunstars.

The Laowa 10-18mm f/4.5-5.6 Zoom is available now for Nikon Z mount for the same $850 price tag, but if you’re hoping they’ll eventually bring this one over to Canon as well, don’t hold your breath. Venus Optics says they have no plans of porting this lens over to the Canon RF-mount, which is a real shame given the EOS-R’s heavy crop when recording 4K video.

To find out more about either of these lenses, head over to the Venus Optics website.