It’s the battle of the flagships. The Canon 1D X Mark II squares off against the Nikon D5 in a series of tests including sports shooting and hand-held low-light high ISO street photography. So, which one is better? Or is there even a clear winner?

This hands-on field test was put on by the folks over at TheCameraStoreTV, who did their best to try out both cameras in various situation, point out their strengths and weaknesses, and then decide which of the two is the more practical flagship purchase.

You can see the full comparison up top, but we’ve covered a few of the highlights below. 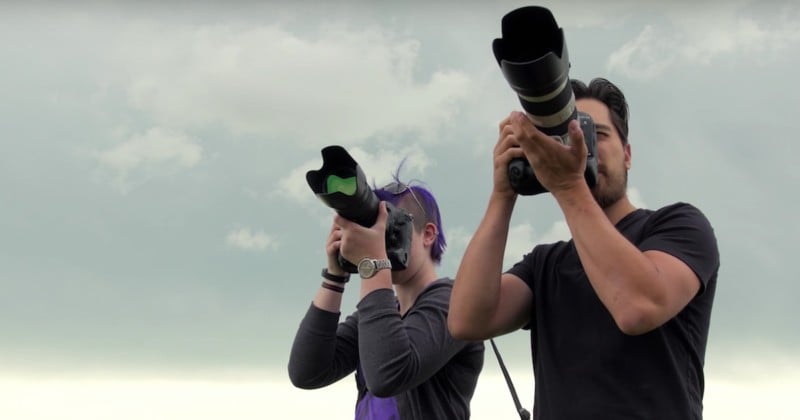 The 1D X Mark II has fewer AF points overall, but the difference under normal conditions was really tough to notice if there was a difference at all. That all changed in low-light, however, where the Nikon really came into its own and performed “a touch” better than the Canon finding focus at high ISO.

The one place Canon beats Nikon every time is live view autofocus, but that’ll really more for the video shooters.

The 1D X Mark II is the faster camera, shooting 14fps or 16 if you lock the mirror up (compared to 12 and 14fps respectively for the Nikon). Buffer capacity, however, goes to Nikon with 200 RAW shots max compared to 170.

But does it really matter? As far as this comparison is concerned, it’s unlikely anybody will ever reach the end of either buffer.

This is where things got interesting. At high ISO, no surprises here, Nikon takes the cake with noticeably cleaner images and more range; however, the roles swapped pretty much everywhere else. Canon’s dynamic range (and image quality overall) seemed to be better at lower ISOs and in normal shooting conditions.

They had a really hard time picking a “winner” but we’ll let them explain that to you. So check out the video up top to watch the whole shootout for yourself and dive into the nitty gritty differences between these two behemoths.

And once you’re done, let us know which camera you would buy if you were trying to pick between the two, and why.

‘The Impossible Project’ Documentary Tells the Story of Polaroid’s Rebirth