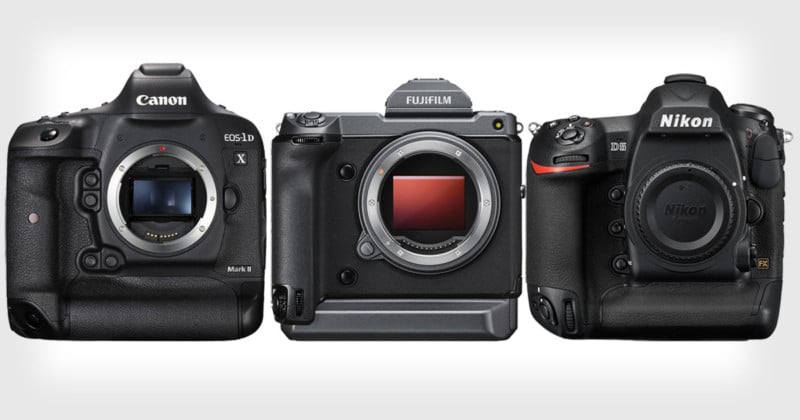 Fujifilm made a splash in the camera industry today by unveiling the GFX100, the world’s first 102-megapixel mirrorless camera. And here’s what’s crazy: Fujifilm managed to stuff a medium format sensor into a camera body that’s the same size as Canon’s and Nikon’s flagship DSLRs.

The Fujifilm GFX100‘s 102-megapixel image sensor measures 55mm diagonally, and it has 1.7 times the surface area of a 35mm full-frame sensor (which is 43mm diagonally).

“Although it sports a large image sensor, the GFX100’s body is equivalent to that of a flagship 35mm full-frame DSLR camera in terms of dimensions,” Fujifilm claims in its announcement today.

Camera Size just updated its database to include the GFX100, giving us an idea of just how accurate Fujifilm’s statement is.

Here’s what the GFX100 looks like next to the Canon 1D X Mark II and the Nikon D5, two flagship DSLRs that also have built-in vertical grips: 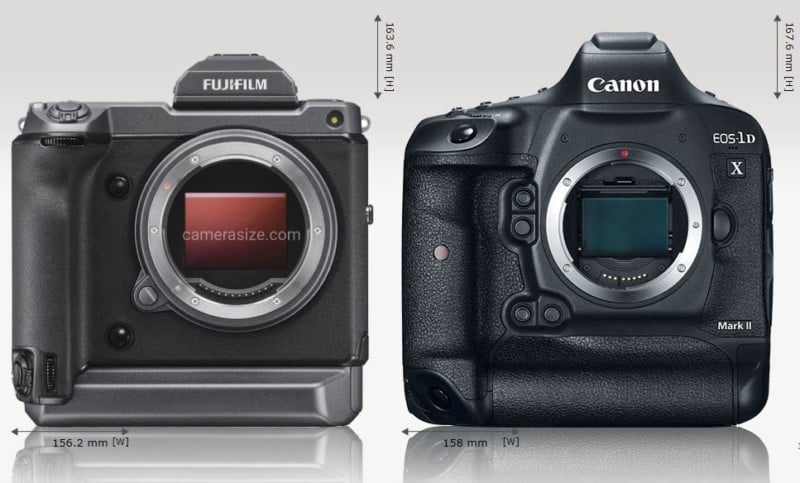 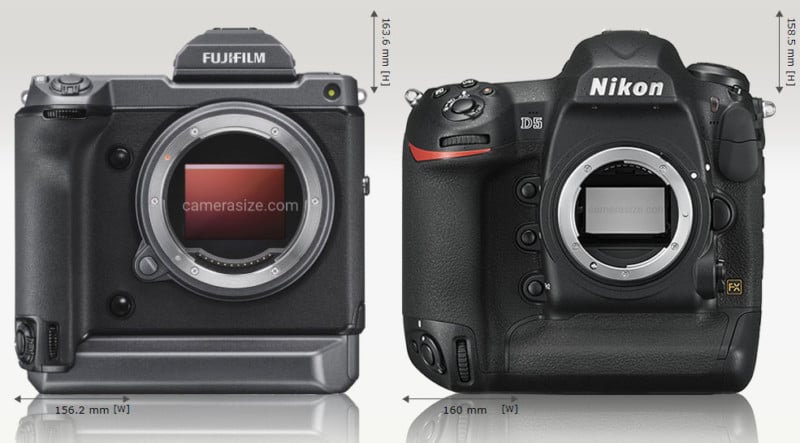 And here’s a comparison of what the cameras look like from above:

So yes, Fujifilm’s claim that its new GFX100 medium format mirrorless camera has a body “equivalent” to flagship 35mm full-frame DSLRs definitely checks out — if anything, it’s even more portable in both size and weight.