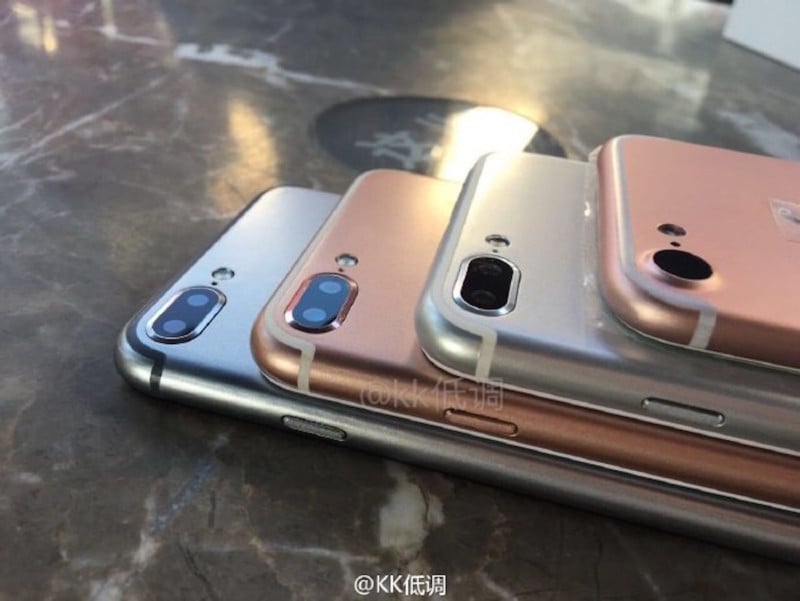 Contradictions abound on the Apple rumor mill. One month after reports claimed Apple had scrapped the dual camera system long-rumored for the iPhone 7 Plus, a newly leaked photo shows the clearest picture of the dual cam we’ve seen yet.

The leaked shot popped (no surprises here) on the Chinese microblogging site Weibo, and compared to the slightly blurry image we shared back in May, this one is extremely clear. It shows several different color models of the iPhone 7 Plus and one iPhone 7 stacked on top of one another, dual camera systems clearly visible. The smaller iPhone 7’s much larger lens is also visible, hinting yet again at a big sensor improvement for the smaller iPhone model.

In addition to the leaked shot, 9 to 5 Mac also spotted this video of the smaller 4.7 inch iPhone 7 model being compared side-by-side with the current iPhone 6s:

In addition to the large camera port, the video comparison shows one other major change that has been rumored for a while and might affect iPhone photographers: no headphone jack. Future iPhone headphones might plug in through the lightning port, meaning you may no longer be able to simultaneously charge the camera and “remote” trigger it with the volume buttons.

As with all rumors—and particularly Apple rumors—we suggest you keep on working that salt lick as you consider these potential changes. The official announcement is rumored for early September, so you won’t have to wait too long for the big reveal.

Take a 360° Drive Through the Streets of Pyongyang, North Korea