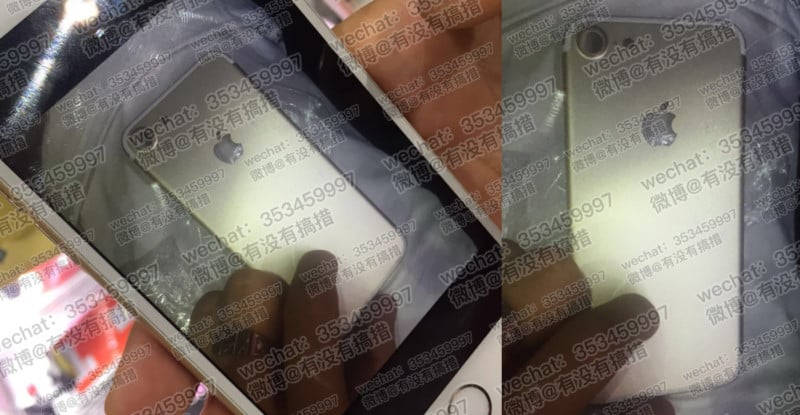 Start off your Saturday with a juicy iPhone 7 leak and a small helping of salt. According to a new so-called ‘spy shot’ of the iPhone 7’s back casing, the next-gen 4.7-inch iPhone (not the Plus) comes with a bigger camera port that will house a larger CMOS sensor.

We suggest salt because, when it comes to the iPhone 7 camera specifications, rumors from trusted and unconfirmed sources alike have been all over the place. Most recently, a rumor claimed Apple scrapped the long-rumored dual camera for the iPhone 7 Plus, something that seemed like a near-certainty.

But this leak doesn’t have to do with the Plus version of the phone. The leaked shot posted to Weibo by Chinese repair shop Rock Fix purportedly shows the 4.7-inch iPhone 7’s back casing complete with a caption that speculates about a ‘large size’ CMOS sensor. You can see where they got that impression given the size of the camera hole on the back.

Speculation time: As a long-time Apple fan, this makes 100% sense to me personally. When others spent time cramming more pixels onto their smartphone cameras, Apple instead increased the pixel size on their sensor. Going with a bigger sensor and impressive camera nerds everywhere seems like a logical step for the Cupertino-based tech giant.