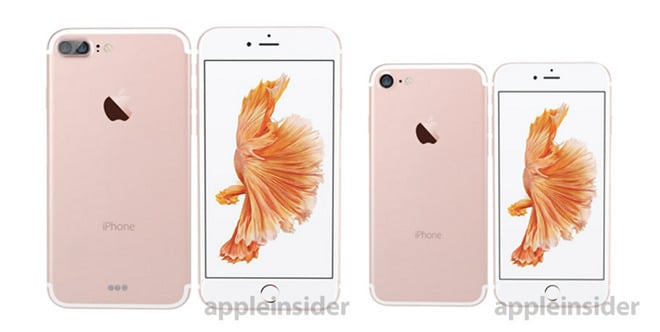 Wednesday. The iPhone 7 is rumored to be announced on Wednesday, but not before a flood of fresh information about the unreleased Apple smartphone hits the Internet, including several interesting tidbits about the photography capabilities of the phone.

All the juicy new information comes from a report by Ming-Chi Kuo of KGI Securities and acquired by Apple Insider. The camera-focused information is as follows.

As previously reported, the major update will come with the iPhone 7 Plus, which will feature a dual camera—one wide-angle, one telephoto—which will enable “enable optical zoom and ‘light field camera applications’.”

Beyond the cameras, both phones will boast a new 4-LED (instead of 2) flash with 2 cool and 2 warm LEDs to provide more light, and the phone will also now include an ambient light sensor that will allegedly improve image quality, especially for low-light shooting.

Finally, one of the more exciting pieces of info to drop in the report is the news that Apple is making the iPhone 7 IPX7 waterproof. This rating, the same as the Apple Watch, means the iPhone will be submersible to 1 meter for up to 30 minutes at a time—shallow underwater iPhoneography will no longer require a Lifeproof case.

That’s about it for now. There were more non-camera-related details, all of which you can read here, but you only have 4 more days to wait until the official announcement drops.