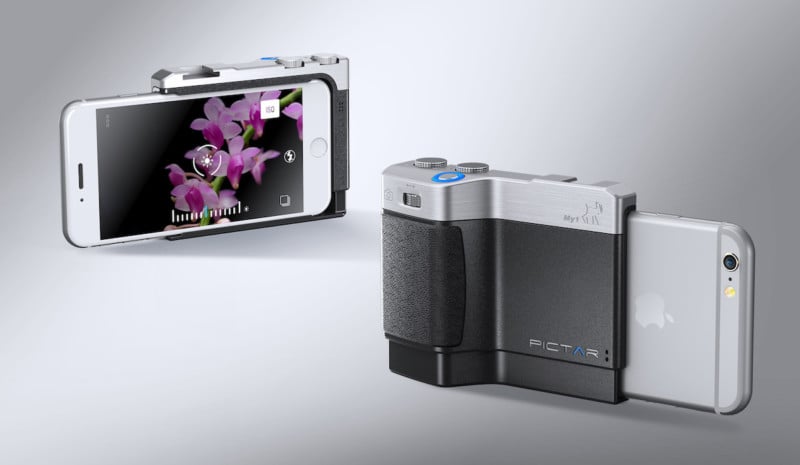 There are plenty of products out there promising to turn your smartphone camera into the portable DSLR you wish existed—we’ve covered smartphone lenses, grips, lenscams, and more. The Miggo Pictar falls into the second category, grips, but it does something very different: it communicates with your iPhone using ultrasound.

Currently attempting to raise a whopping $100K on Kickstarter to bring this innovative grip to market, the Pictar adds physical DSLR-like controls to iPhones 4 and up (except for the 6 Plus and 6s Plus).

The grip adds a physical shutter button, zoom wheel, exposure comp wheel, and a programmable “smart wheel.” Together with the Pictar app, these buttons and wheels give you more control and easier control over the iPhone’s built in camera. Plus, the grip adds a cold shoe and tripod socket to the phone as well.

But the real innovation here isn’t what the Pictar lets your iPhone do, but how it goes about doing it. Rather than connecting with the phone using bluetooth or the lightning connector, it communicates with the Pictar app using ultrasound.

Each wheel and button sends out a different high frequency sound that your iPhone’s mic can pick up but you won’t be able to hear. In this way, the grip doesn’t drain your phone’s battery as fast as a bluetooth connection might, and no matter what Apple does with future iterations, you can still use your Pictar grip (unless you get one of the massive “plus” models). 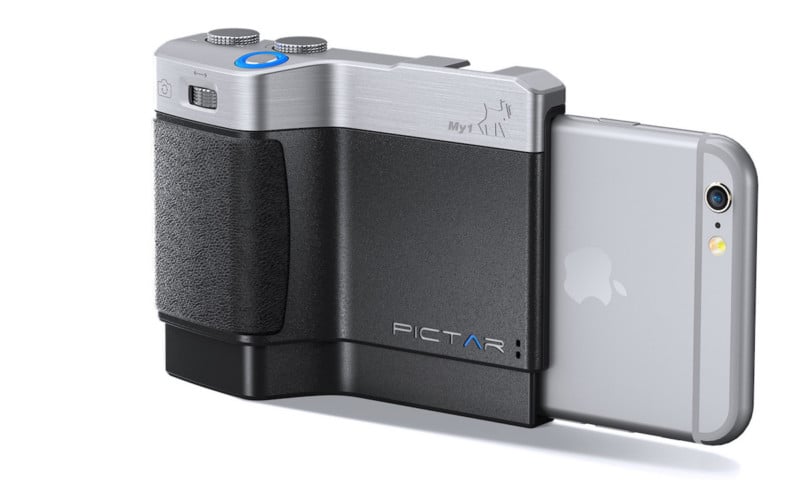 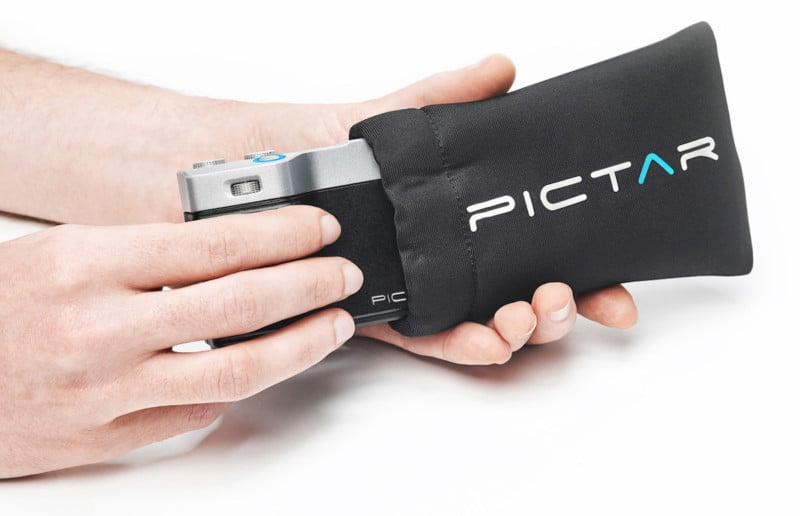 The Kickstarter campaign only just started, and so far Miggo has raised just over $8K with that number rising fast. There are still a bunch of early bird units available for $70, but once those go away you’ll be paying $90 to secure a Pictar, which Miggo plans to ship in December.

If you’d like to learn more or snatch up one of those early bird deals up for yourself, head over to the Kickstarter page here.

The Camera of the Future = No Camera