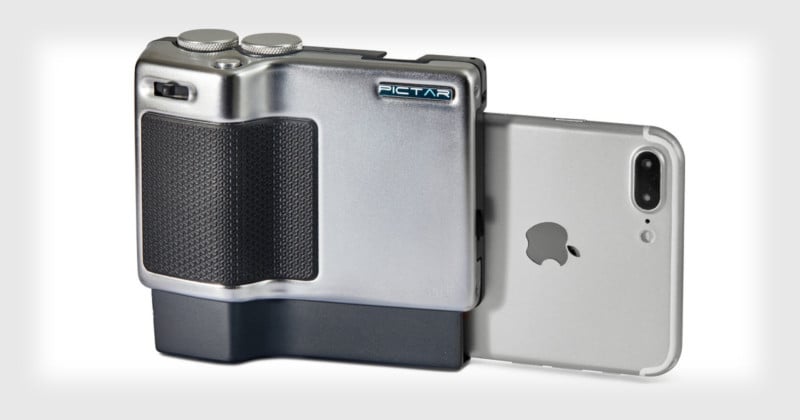 Miggo has just announced the Pictar Pro, a device the company calls “the world’s most advanced camera grip for iPhones and Androids.” The add-on is designed to give your phone DSLR-like controls. 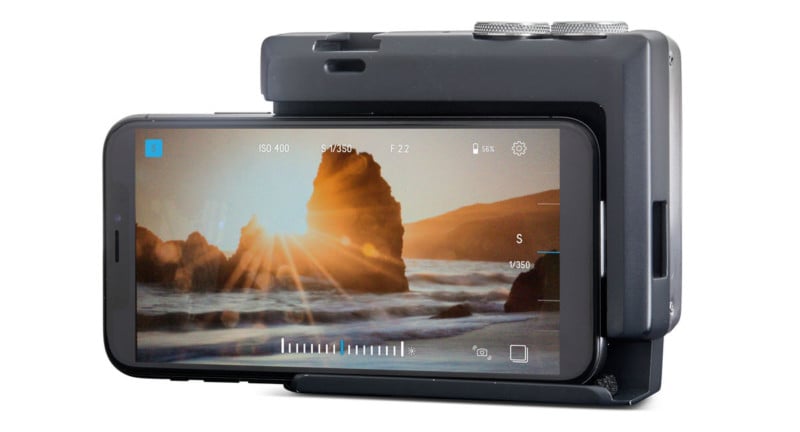 A follow-up to the original Pictar grip announced in 2016, the Pictar Pro adds new features that built upon its predecessor.

The satin-finish brass-body device features four larger control wheels and buttons for one-hand and one-touch use. There’s an exposure compensation wheel, a multi-state shutter release, a rocker zoom switch, and a smart wheel (for selecting one of 9 shooting modes). 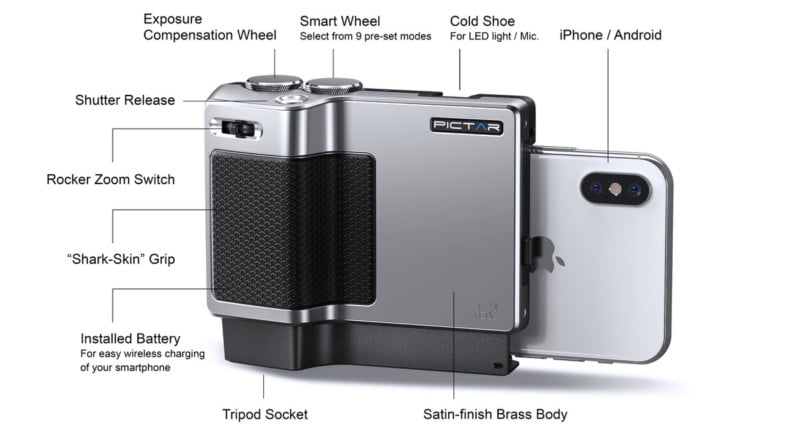 At the core of the system is the Pictar App, which helps bridge the smartphone and grip for a seamless experience on both iOS and Android. Slide your phone into the grip, load up the app, and you’re ready to go. 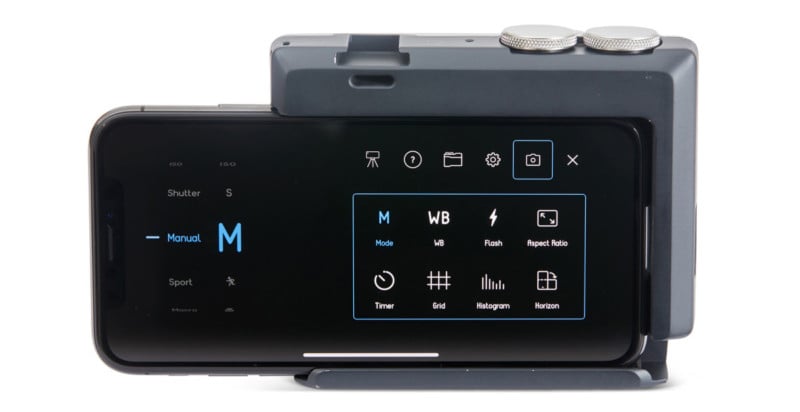 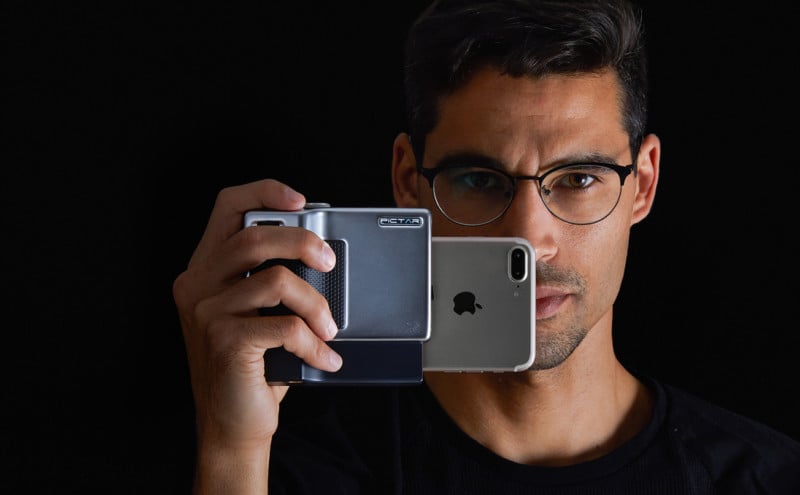 A viewfinder attachment lets you shoot in bright sunlight by showing your camera’s live view on a portion of your screen that you view through the viewfinder. 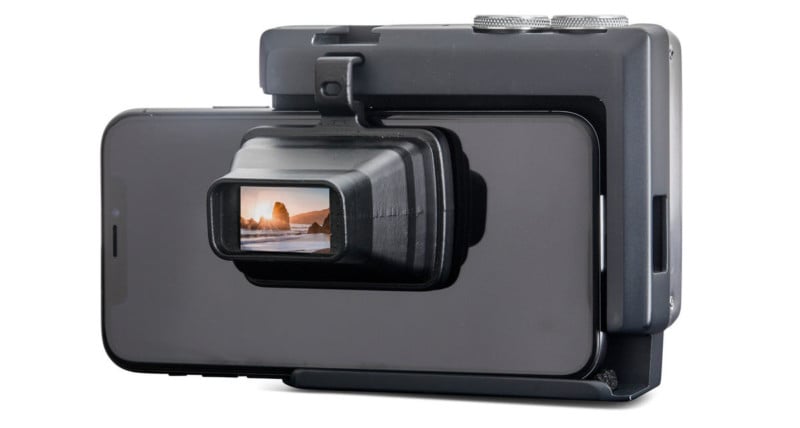 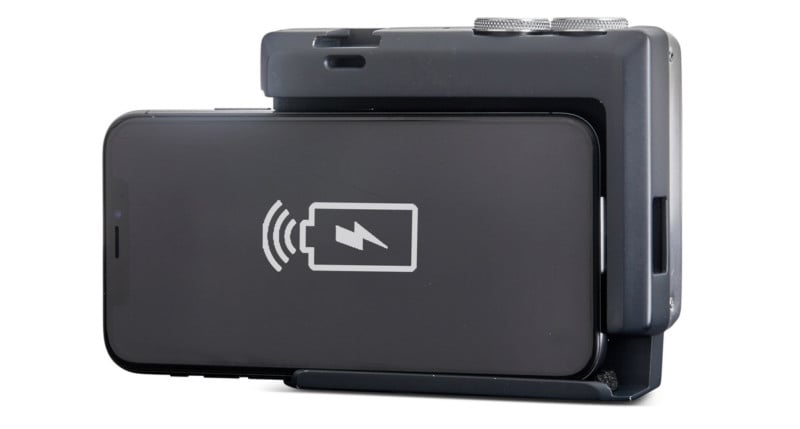 Features of the Pictar Pro include shutter speed control, ISO control, a larger zoom range on iPhone, RAW/TIFF files, a tripod mount, and a cold shoe. 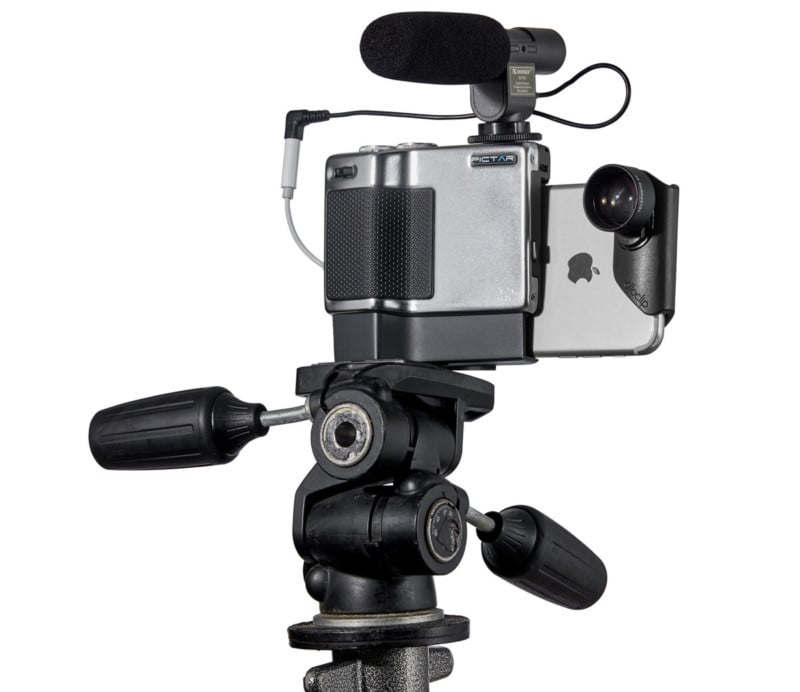 Here’s a short video that introduces the Pictar Pro:

Miggo has launched the Pictar Pro through a Kickstarter crowdfunding campaign, which has already exceeded its initial goal of $25,000. A contribution of $119 and up will earn you one of the first Pictar Pro units when the project ships in March 2019 (assuming it delivers on its promises).

How to Fix Wide Angle Shrinkage Fast in Photoshop

Lessons from Losing a Week of Photos to Memory Card Failure