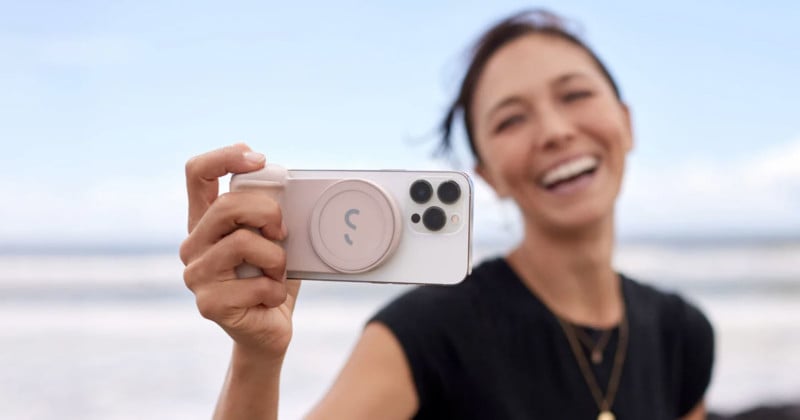 The ShiftCam SnapGrip is a MagSafe-compatible attachment that adds a grip and shutter button in a way that instantly makes a smartphone operate more like a full-size camera.

ShiftCam has been making smartphone camera enhancement accessories for some time, and over the years has made its products more usable and practical to operate. The RevolCam, which it launched in 2017, was a three-lens and LED light attachment that looked a bit cumbersome to use. That evolved into the ShiftCam camera case that packed 12 lenses into one design. Most recently, the company’s ProGrip battery grip added additional battery life, a full-size camera grip, and shutter.

With the addition of MagSafe into iPhones last year, ShiftCam has once again overhauled its design to take advantage of Apple’s magnetic technology. It has created a simple accessory that snaps into place and brings the comfort of a full-size grip and access to a shutter button while allowing the phone to be oriented in landscape or portrait mode with a simple swivel on the MagSafe axis.

The SnapGrip feels like ShiftCam’s simplest iteration of a smartphone camera grip yet, with just two major features that basically speak for themselves. The SnapGrip brings, of course, the grip and shutter button but also charges compatible iPhones thanks to the built-in battery. The company hasn’t said what size the battery will be or how long it will keep an iPhone charged, however. 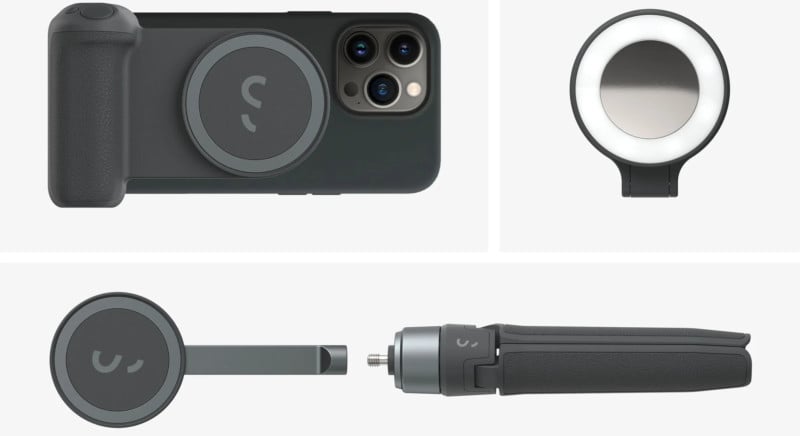 While the SnapGrip itself is simple and straightforward, ShiftCam appears to be building a kind of ecosystem that can add complexity should that be desired. The company shows the SnapGrip being expanded upon with a tripod mount and lighting that connect together using magnets. Specifically, ShiftCam shows both a ring light and a selfie stick. 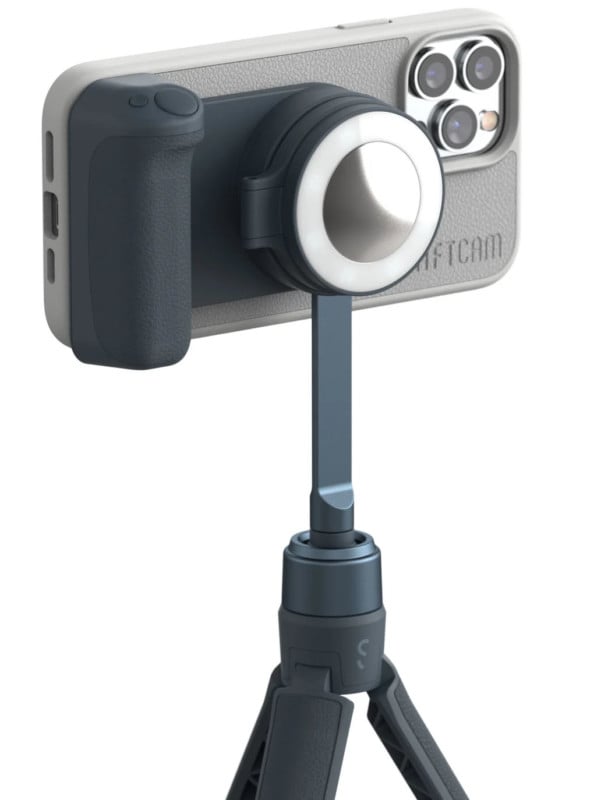 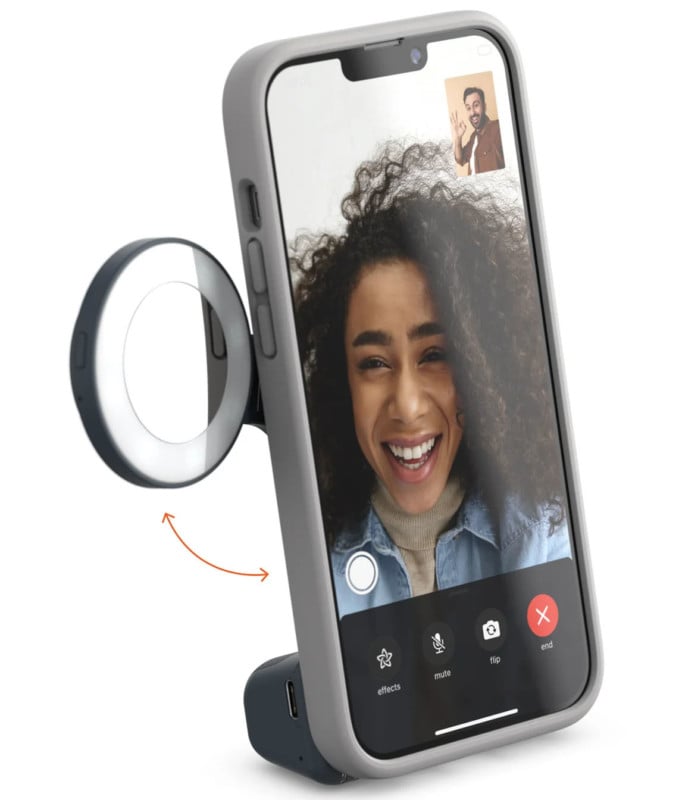 The ring light can point in the direction of the rear camera array or flip backward to provide lighting to the user for FaceTime calls. The Selfie stick attaches to the front of the SnapGrip and can also be used as a tripod, and all three attachments can work together by stacking the magnets.