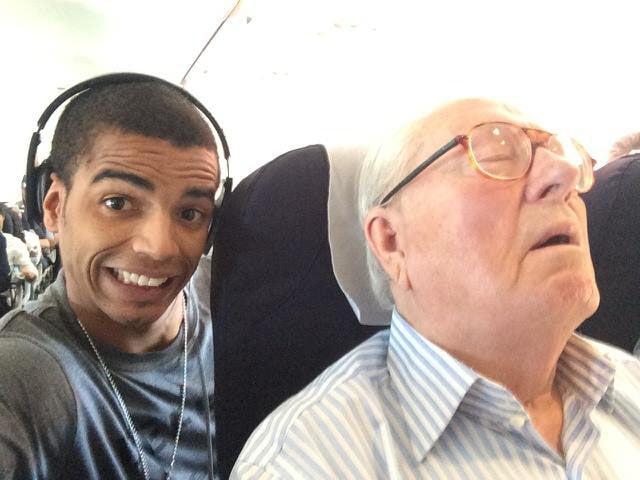 French politician Jean-Marie Le Pen believes that an unflattering photo of him sleeping damaged his image in a recent election, and now he’s suing the dancer that snapped and posted it.

The French magazine Public reports that the lawsuit was filed against 29-year-old professional dancer Brahim Zaibat, Madonna’s ex-boyfriend, who posted the photo of the 87-year-old Le Pen dozing off on a plane on December 12th, 2015:

“Knockout the [National Front] tomorrow by going to vote,” Zaibat’s caption read. The photo, which was also shared on Twitter and Facebook, received hundreds of thousands of likes, comments, and shares across social media. The next day, Le Pen’s National Front party (led by Le Pen’s daughter) was handily defeated in the regional elections.

Now Le Pen is demanding $54,248 (€50,000) from Zaibat, telling Public that the snapshot “harmed his image and was instrumental to the defeat of the party.” He’s also asking that Zaibat publish a written apology to his social media followers.

France has strict laws when it comes to photography and privacy. Article 9 of the country’s civil code states that “taking a person’s picture whether the person is living or dead is prohibited without the prior permission of those persons who are entitled to give it, since the protection of privacy extends beyond death.”

Le Pen’s lawsuit claims that the photo represented a breach of the politician’s privacy.

(via Newsweek and The Evening Standard)