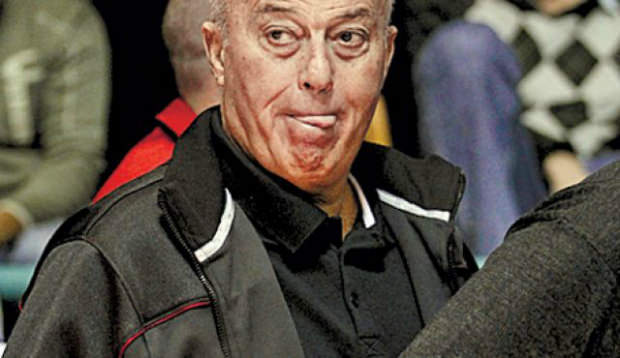 Minority owner of the recently-crowned national champion Miami Heat, Raanan Katz, has been making waves all over the Internet the past few days over a controversial lawsuit regarding a photo of himself that he has deemed unflattering (seen above). The lawsuit is directed at both the originating blogger and Google (who refused to take down the photo), and according to paidContent, Katz is requesting that damages be paid him by both parties.

Interestingly enough, this isn’t the first time Katz has sued this particular blogger, now identified as Irina Chevaldina. Her blog, RK Associates USA, is dedicated to exposing certain allegedly “shady” aspects of Katz’s commercial real estate operation, RK Centers. Last year Katz filed, and subsequently lost, a defamation lawsuit against Chevaldina after he was unsuccessful in proving that he was not a public figure. The fact that he is going after Chevaldina again a year later, seemingly on shakier grounds, has some calling this a “backdoor” attempt to take down the blogger.

Unfortunately for Katz this has turned into yet another textbook example of the Streisand effect. By going after Chevaldina and her blog, RK Associates USA, it seems that the only thing Katz has managed to do is lend the photo vira popularity and drive traffic to a blog he clearly dislikes.