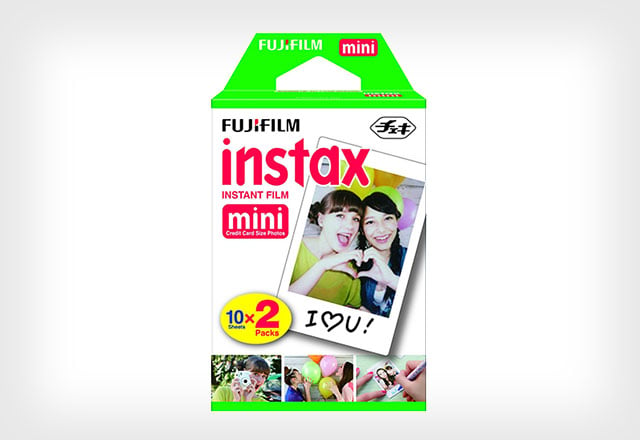 Amazon had another record-breaking holiday season this year, with huge gains in product sales, Prime membership subscriptions, and digital streaming. You may, however, be surprised to hear what came out on top on the list of best-selling photography products over the holidays.

That’s right. Film. Amazon announced this week that the #1 selling item in its Camera category was Fujifilm’s Instax Mini Instant Film Twin Pack – White, which contains 20 sheets of Instax instant film for about $15. 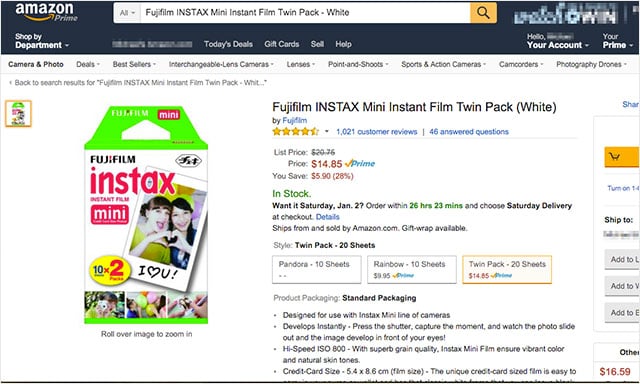 Coming in second and third place were the GoPro HERO4 Silver action camera and an AmazonBasics head strap mount for GoPro cameras.

With the film industry struggling to stay relevant over the past couple of decades after the rise of digital photography, it’s neat to see things picking up… at least in certain niches. In addition to the likes of Fuji, Impossible, and Lomography sparking a resurgence in the popularity of instant photography, Hollywood is also helping to breathe new life into traditional photographic films as well — the latest Star Wars movie was shot on Kodak film, and Kodak recently said that its film business may finally be profitable again in 2016.