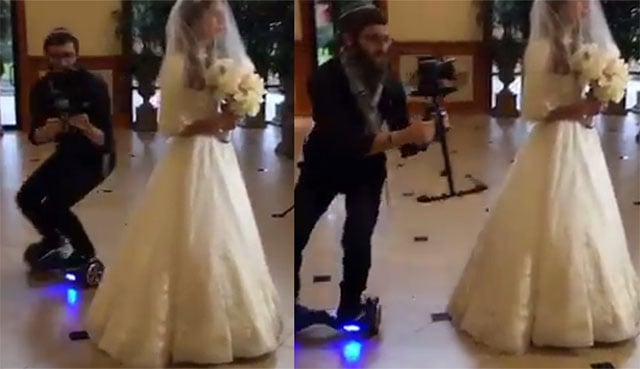 Self-balancing scooters have become all the rage over the past couple of years, and you can now buy a small handle-less Segway-esque device for yourself for around $300 to $400. In addition to gliding around and attracting curious looks on the street, you can also use the “hoverboards” to shoot stable photos and videos.

Mendel Mish, who shoots for CJ Studios, was recorded in this short video riding a self-balancing scooter to film a bride at a wedding in Monsey, New York:

Segways are already widely used by cameramen for everything from sports broadcasts to television music competitions, so it makes sense that photographers and videographers are interested in adopting similar devices that are both smaller and cheaper.