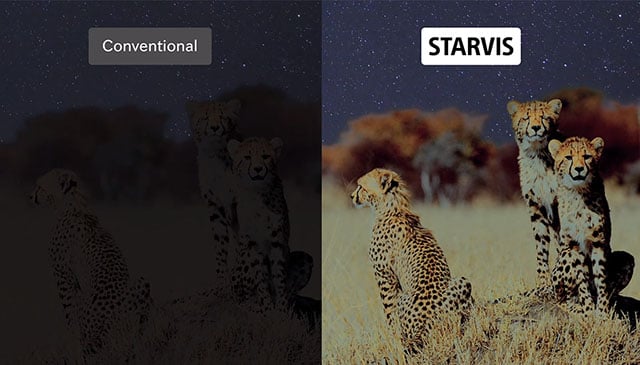 The increased night vision is thanks to the fact that Sony has extended the sensitivity of this sensor beyond the visible light range into the near-infrared range.

“It features a sensitivity of 2000 mV or more per 1 µm2, and realizes high picture quality in the visible-light and near infrared light regions,” Sony says.

Here’s a short (and somewhat strange) 1-minute video introducing the STARVIS and its capabilities:

Sony sensors have been garnering a lot of praise in recent years for their low light capabilities, and the STARVIS is continuing that tradition. This launch comes less than two months after Canon launched its ME20F-SH, which has the ability to shoot at ISO 4,560,000.

(via Sony via Bokeh)

Ep. 15: What Would You Do If A Terrorist Group Repurposed Your Images? – and more