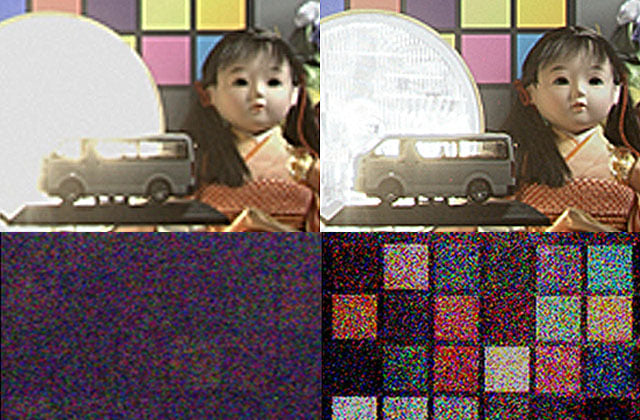 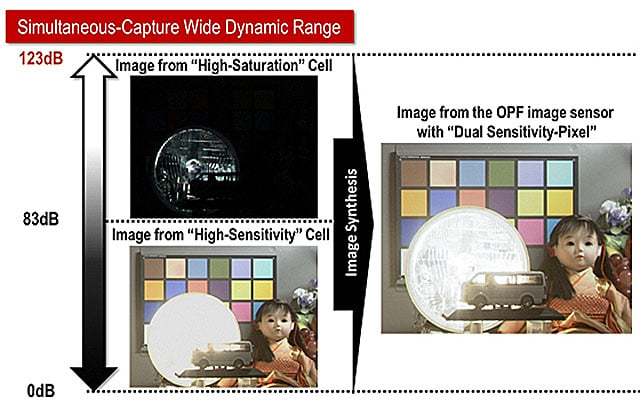 Since the sensor doesn’t require multiple exposures to create the high dynamic range, it can be used to capture fast moving subjects.

The second sensor announced today can see in near darkness. Using “avalanche photodiodes,” the sensor obtains 10,000x multiplication of the electrical signals, making it extremely sensitive to light and able to capture sharp color photos under starlight and other conditions with illuminance of just 0.01 lux.

Finally, Panasonic has developed a “highly functional” organic CMOS sensor that features global shutter technology. By capturing every pixel of the frame at exactly the same time, the sensor avoids the rolling shutter effect that plagues most sensors used today.

“Sony enjoys a market-leading 40% global share and is chasing demand for automotive applications,” reports Nikkei. “Panasonic had scaled back its presence amid declining profitability in its semiconductor business. But the prospect of growth in high-end sensors has prompted it to resume development.”

You can dig into the technical details of these three sensor technologies on the Panasonic website here, here, and here.

Flickr To Be Scaled Back As Yahoo Trims 1,700 Jobs