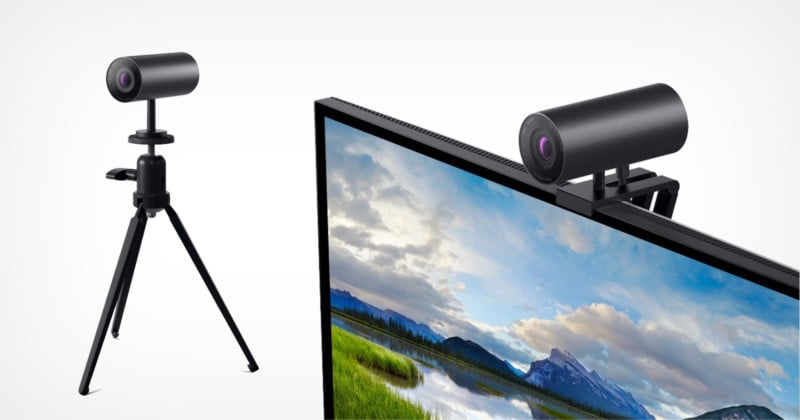 Dell has taken notice of the modern need for better webcams than come stock with most computers and has announced a new 4K, HDR, AI-powered option that uses a Sony low-light sensor that was originally designed for use in industrial cameras.

The UltraSharp 4K webcam from Dell is touted as having a “DSLR-like” camera, which in itself is mostly just marketing jargon but does give customers the general idea behind the concept — it will make you look better than a stock webcam. What makes Dell’s new webcam notable is that it uses the Sony Starvis sensor, which is a backside illuminated sensor designed to have excellent performance in low light and was designed to be used specifically in security cameras. Dell’s choice to integrate that sensor into a webcam marks perhaps not the first but certainly the most recent notable time that a sensor designed for industrial use found its way into a commercial product.

It is at the very least unusual.

The Starvis sensor is capable of what Sony calls “near-infrared” (NIR) light detection as well as high dynamic range (HDR). With NIR, the camera can shoot in extremely low light environments using photodetectors made with specific structures that they can capture near-infrared light and provide clear images even in near darkness. The ability to shoot in HDR allows the camera to better balance highlights and shadows and provide a more even level of visual performance. 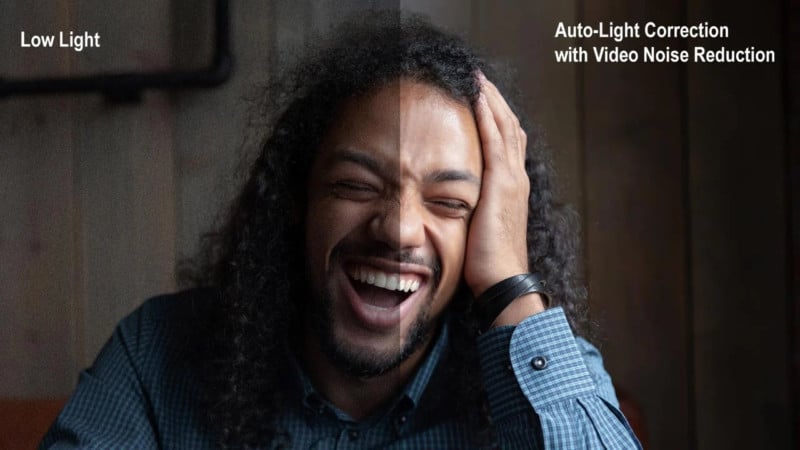 While the Starvis sensor wasn’t originally designed for use as a webcam, Dell clearly believes that its low light strengths make it particularly suitable for the task, at least enough to bill it “the best 4K webcam in its class.” 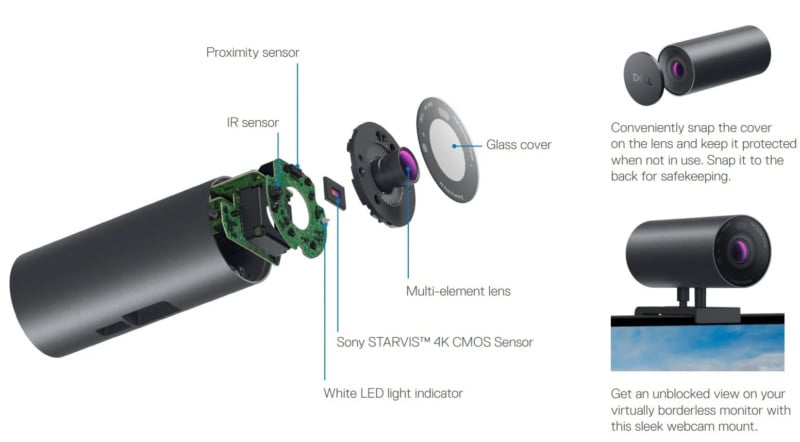 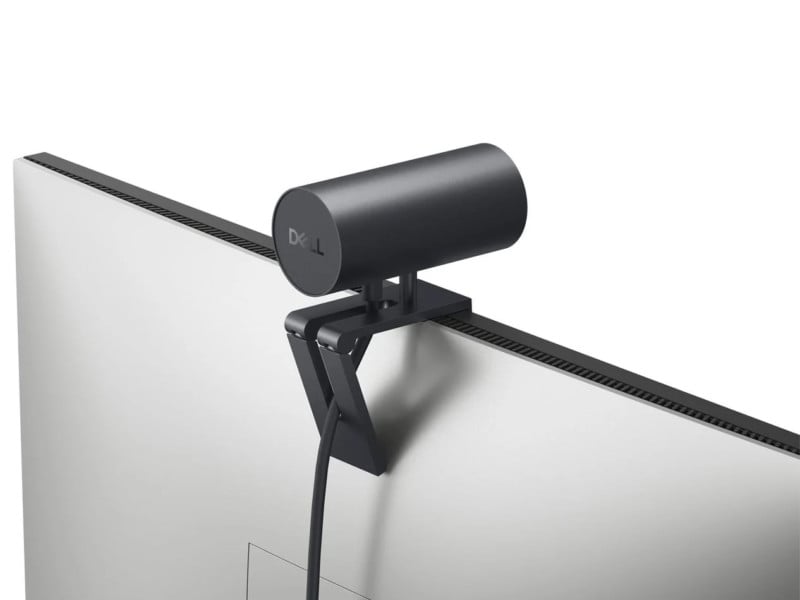 In addition to the different resolution and framerate options, the UltraSharp webcam can also adjust its frame of view between 65, 78, and 90 degrees. Additionally, Dell touts it as using artificial intelligence (AI) with its auto-framing feature that keeps the subject constantly in focus and centered.

Dell is looking to nab market share from the current industry top dog Logitech and its Brio 4K, and packing a Sony Starvis sensor in a $200 option might be a smart move to make that happen. It’s likely that Dell’s webcam is capable of rendering better-looking low light streams, a common lighting condition in home offices. Since it’s easier for the average consumer to understand that a camera can make them look better rather than relying on teaching lighting knowledge, Dell might have a winner here.