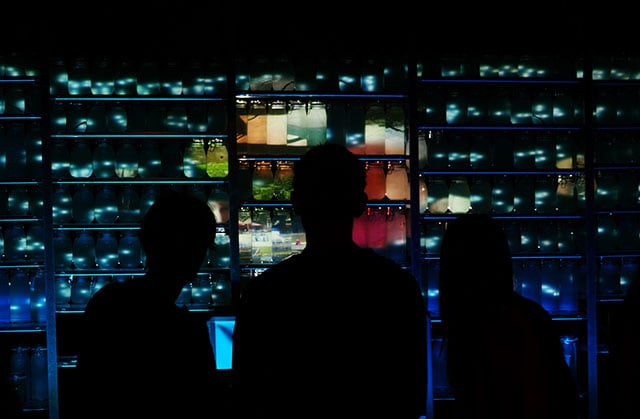 “Regardless of what it signifies, any photographic image also connotes memory and nostalgia, nostalgia for modernity and the twentieth century, the era of the pre-digital, pre-post-modern.” —Lev Manovich

There will always be a need to connect to the past. Contemporary culture actively and unconsciously cycles through past follies and reflects upon progress. It is no surprise then, that we see popular culture re-presenting past generations. Perhaps more so than any other period in our recent past, today’s pop-cultural climate is mimicking that of the 1970s.

Mobile photography also finds its social roots in the 1970s via the Polaroid camera and postmodern art. A considerable driving force of today’s ‘70s throwback is the hyper-growth of social media brought about by the smartphone—specifically the ubiquitous use of retro filter-based apps that harken back to the photographic styles of the decade.

Photography emphasizes nostalgia to visualize and understand a future that we cannot—or try not—to imagine. The ever-increasing use of retro nostalgia within the space of photo sharing may collapse ability to imagine a coherent future by altering the region of the brain that forms autobiographical memories.

Nostalgia is the yearning to return to the past. Research examining the psychological impact of nostalgia indicates that it may have evolved as a resource against negative emotional reactions, like sadness. Imagine moving to a new city without social support and feeling lonely. You might go to Facebook or Instagram to look at photos of yourself with friends and family. Sifting through images will evoke strong emotions, some of which may be positive, and remind you of how you overcame isolation. When nostalgia is used to integrate the past with the present, one can develop strategies to tackle an uncertain future.

While nostalgia can help with coping, however, it can also cause one to withdrawal from present issues. Imagine a tumultuous break up. Looking at photos of your ex can block the growth necessary to get on with your life, if the photographs depict only happy times. Because photography is a primary mode of communication on social media, the photograph has the potential to either support or block growth. In longing for the past and ignoring the present or imagining a hopeful future, images can shape our perception of time. What happens then to the potential benefits of nostalgia when we are constantly cued to the past?

Retromania and The Analog-Digital Transition

The 1970s marked the transition from modernism to postmodernism, from analogue to digital, and gave rise to social media as we know it. Photography in the ‘70s was creating a visual culture unknown by any previous generation because of its new position in the museum. The solo exhibitions of Stephen Shore and William Eggleston at the Museum of Modern Art in 1976 cemented photography’s place as a fine art. Both Shore and Eggleston formed a poetic nostalgia of 1970s Americana through their color photographs and snapshot aesthetic, which occurred at the same time that the amateur-friendly Polaroid SX-70 camera became popular.

By the end of the 1970s Polaroid became the best selling camera in history. The SX-70, the first Polaroid format to have the iconic white border, was the product of decades of research. It integrated chemical and mechanical engineering with optics and electronics, similar to the integration of multiple technologies in the smartphone. The easy to use functionality of these cameras eliminated the need for technical expertise that had been required to successfully operate a camera, allowing the everyday person to make photographs and photographic art. The retro-nostalgia-imaging of today’s mobile photography pays homage to the aesthetics of postmodern photography as exemplified by Shore, Eggleston, and the Polaroid.

The smartphone is a technological wonder of 21st century photography. Yet it is often used to create an analogue representation of 1970s film. Click the iPhone shutter, select Instagram’s 1977 filter, and upload for the world to see. You can also use Hipstamatic to add the desired toy camera affect. If you have several seconds then you can use the ShakeItPhoto app to add a Polaroid border to any mobile image. Newer apps like Mextures has dozens of vintage filters that allow one to create images with warm saturated colors and faux-textures. We have entered into an era of hyper-analogue where we can digitize any image into something seemingly old and authentic.

Imagination Is Past and Future

Nostalgia is inseparable from the past, and the past is represented as memory. Autobiographical memories are established in the hippocampus and form through the creation of new connections between brain cells, or neurons. New connections change the activity of the hippocampus, and the new activity represents a novel memory that occurred in the past.

The hippocampus is not only important for making new memories, but it is also necessary for imagining possible events. If someone with hippocampal damage looks at a picture and is asked to describe that picture, they can do this without any problems. However, if asked what could exist outside the frame, that person is unable to provide any imagined scenarios. Similarly, hippocampal damage also affects the ability to imagine future possibilities. Imagination is the basis of memory and future planning.

Our perception of the past is filtered as much as our perception of the future. The mobile screen is the most popular media interface, and photographs serve as social currency. Because mobile photography is everywhere and enmeshed with rapid technological progress, it is precisely this progress that allows photography to alter our sense of space-time more so than any other artistic medium. Thus, the retro-filter serves as the most influential mediator of social media and has the greatest affect on how we perceive of past, present, and future.

Inundation of visual imagery causes information overload that can impair hippocampal function. Environmental cues activate memories, which update current information into the pattern of the brain’s activity. Too much information can degrade our attention to such a degree that a collapse of our ability to form new memories and imagine the future may occur. It is a very real possibility that our ability to remember (i.e., imagine) our past and to incorporate new information into future possibilities will become severely limited.

With technological growth, digital filters have come, in part, to represent nostalgia. The ubiquitous use of digital nostalgic imagery represents our need to control our perception of time. The compulsion to filter the presentation of time is a short-term solution for a long-term problem. Every photo implies the past, but it is necessary to use the past as a way to guide us towards the future and not as a place to find refuge from the unknown. If we are to transcend the distraction of pseudo-nostalgia, it will be necessary to imagine photography outside the realm of the past.

About the author: Joshua Sariñana received his PhD at the Massachusetts Institute of Technology and is also working to bridge the seemingly disparate fields of photography, neuroscience, and critical theory. You can follow him on Instagram. This article was originally published in Don’t Take Pictures.

Photographer Loses Pictures from 20+ Shoots After Car Broken Into