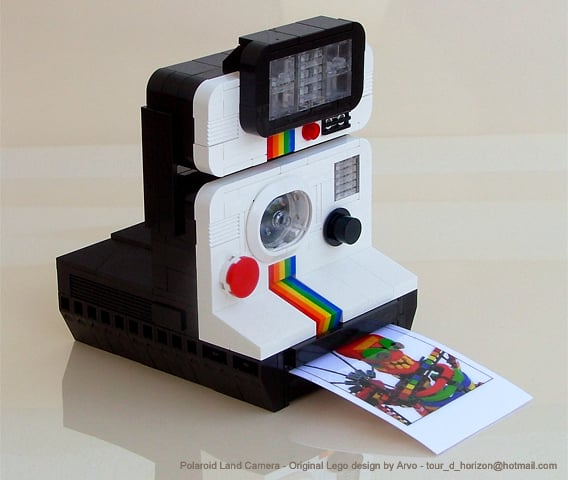 If you’re a fan of Polaroid instant film, then 2010 might soon become a great year for you. The classic instant film format is making a comeback through the Impossible Project, so it might be time to dust off your old Polaroid cameras (if the redesigned format is compatible, that is).

To trigger some nostalgia and anticipation for the film’s comeback, the above photograph is a Polaroid 1000 camera built with LEGO blocks. Sadly, the camera doesn’t work, and only spits out pretend photos. However, with the number of people who love both Polaroid and LEGOs, a working version of this thing would surely be on everyone’s wishlist the instant it’s released.

Get Ready for 14-Megapixel Camera Phones