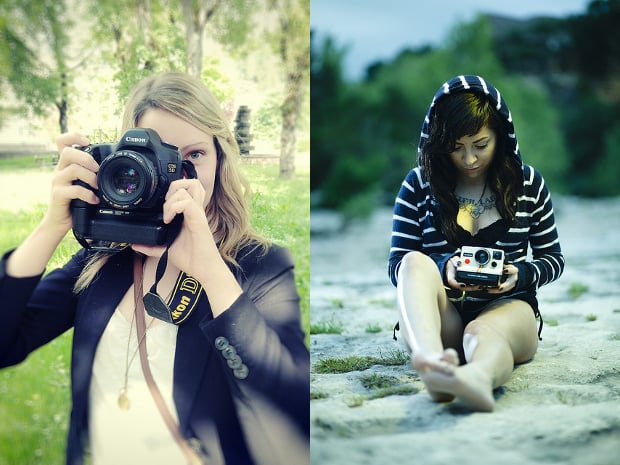 Over a half a billion Apple iOS and Android systems have been sold, which means that there are now an unprecedented number of cameras in the world. This monumental increase in smartphone cameras has allowed for the dramatic increase of photos uploaded to social media sites.

I’m often overwhelmed by the fact that I can upload photos to Facebook, Instagram, Tumblr, Flickr, 500px, VSCOcam, Artflakes, Snapchat, Google+, Twitter, Pinterest, EyeEM, and on, and on, and on. Through such apps, a half billion photos are uploaded to the Internet each day. The sheer scale and accelerated growth of mobile photography and social media integration, which I’ll call the new photography, has quickly changed photography in just a few short years.

Social critics and professional photographers haven’t exactly accepted this new photography, their filtered images, or the popularity of sharing them. But criticism of and uncertainty about photography is far from new. Since the inception of the camera, artists from the modern art movement were very critical of photography and rejected it as an art form because it had the potential to change the very basis of art itself. And, in fact, it did.

In this article, I will show how the modern art movement formed as a rebellion against the conservative art forms of their time. From there, I’ll show how the artists of the modern art movement were threatened by industrialization, the camera, and, relatedly, photography. I’ll end by showing that the modernists’ inability to appreciate the power the camera led, in part, to their own demise. 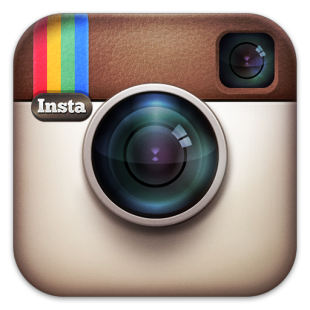 “The very basis of Instagram is not just to show off, but to feign talent we don’t have, starting with the filters the­mselves.” – Rebecca Greenfield, The Atlantic Wire

“I’m fed up with these Hipstamatic and Instagram images. When you’re shooting a trash bin using Instagram, you end up with a pretty picture, but the photographer has nothing to do with it … With Instagram and Hipstamatic, it’s all a gimmick. It’s pure laziness.” – Jean-François Leroy, Photojournalist

What’s important to note here is that criticism of the new photography does not seem to be having any noticeable effect on its growth. In fact, people are signing up in droves to share their photos on social media sites like Instagram, which is worth a billion dollars.

This rapid restructuring of photography and social communication (through new technologies) is creating a great deal of anxiety among many photographers. Anxiety being the fear of uncertainty and of the potential threat that the future holds. Photographers’ uncertainty stems from being unable to rely on once established jobs, technology, and techniques (e.g., using dSLR’s, Adobe software). The threat to today’s established photographers arises from a possible future where photography and social media integration becomes the dominant form of the medium.

The thing is, photography has been in this situation before, and we might be able to shape photography’s future by looking back to the past.

Modern Art – Rebellion Against Past and Future 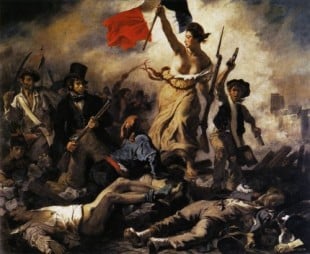 The modern art movement was born out of the tension between aristocratic academic art and the industrialization of society. Modern artists, who were often formally trained in the academic community, began to rebel against the views of the academy and its focus on creating realistic, objective, and highly polished paintings. The modernists believed that academic art was steeped in conservative, religious morality, and too closely tied to nationalism. Modernists sought a new form of art that could better represent the new world that was being formed by the Industrial Revolution.

To move away from realism, morality and utilitarianism of their predecessors, modernists sought to produce art for the sake of its own beauty and to bring art closer to the human condition. Modernists used abstract forms so viewers had strong emotional responses without having to first think about the form’s meaning. This emotional response was a defining feature of modern art.

While modern artists were rebelling against the past, they were at the same time rejecting the future. Modern artists were critical of using machinery to create art and of the Industrial Revolution’s impact on creating a mass consumer culture. Machine art was considered kitsch art: cheap, mass-produced pieces that were poorly crafted (this could be said about Instagram today). Modernist thinkers argued that kitsch art was bad for culture. Today, kitsch art would be something akin to Thomas Kinkade‘s paintings.

The Modernists’ Reject the Photographer as Artists

In 1888, Eastman Kodak created the first mass-produced hand-held camera. This invention gave rise to the camera industry, allowing for the common person from the new middle class to take photographs. (It is important to note the similarities between the rise of photography back then and today’s smartphone camera revolution.) The modernists rejected photography because it was seen as lazy, and photographers were considered a threat to real artistic talent. The influential art critic and poet Charles Baudelaire captures this well, when he wrote in 1859: “The photographic industry was the refuge of every would-be painter, every painter too ill-endowed or too lazy to complete his studies … By invading the territories of art, [photography] has become art’s most mortal enemy.”

This 150 year-old critique echoes the very critique that the new photography receives today (i.e., being lazy, fake and an enemy to established photography)!

Modernists feared that art would become commercialized and consumed like any other commodity and take away the value and uniqueness that a handcrafted piece of art provided. Because they were unable to escape industrialization, mass consumerism and photography, modernists became ever more threatened and anxious about their future.

Photography created images that were more realistic in representation than painting could provide, which challenged modern artists to create ever more abstract paintings to distinguish themselves. The more abstract and extreme modern art became, the more challenging it was for the common person to understand it and to connect with it.

By the 1960s, modernists had alienated themselves from their potential audience. With the creation of the middle class, a new market for consumer goods was born. For example, by this time Kodak had already helped to create over several billions photos. Modernists criticized people for their consumer behavior, and their lack of artisan skills.

In turn, the populace saw the modern artist as elitist because the average person had no language to describe the art they saw. The abstract expressionist Mark Rothko is a great example of this type of elitism when he wrote about his piece No. 5/No. 22: “If you are only moved by color relationships, then you miss the point. I’m interested in expressing the big emotions—tragedy, ecstasy, doom.”

This is not exactly obvious to someone without a keen interest in art.

Now let’s come back to today. What will photographers do about the integration of photography with social media, Instagram, and the billions of photos uploaded to the Internet each week? Will they criticize the people that are part of this movement by rejecting this new photography? Will today’s photographers alienate themselves and ensure their own end?

In Part II, I’ll delve deeper into the role of anxiety in response to the threats of technology on art. I’ll also cover the rise of photography as an art form in the later half of the 20th century, during the postmodernist art movement.

Image credit: Andrea with my camera by 55Laney69 and Gabby Likes Instagram by Obtuse Photo